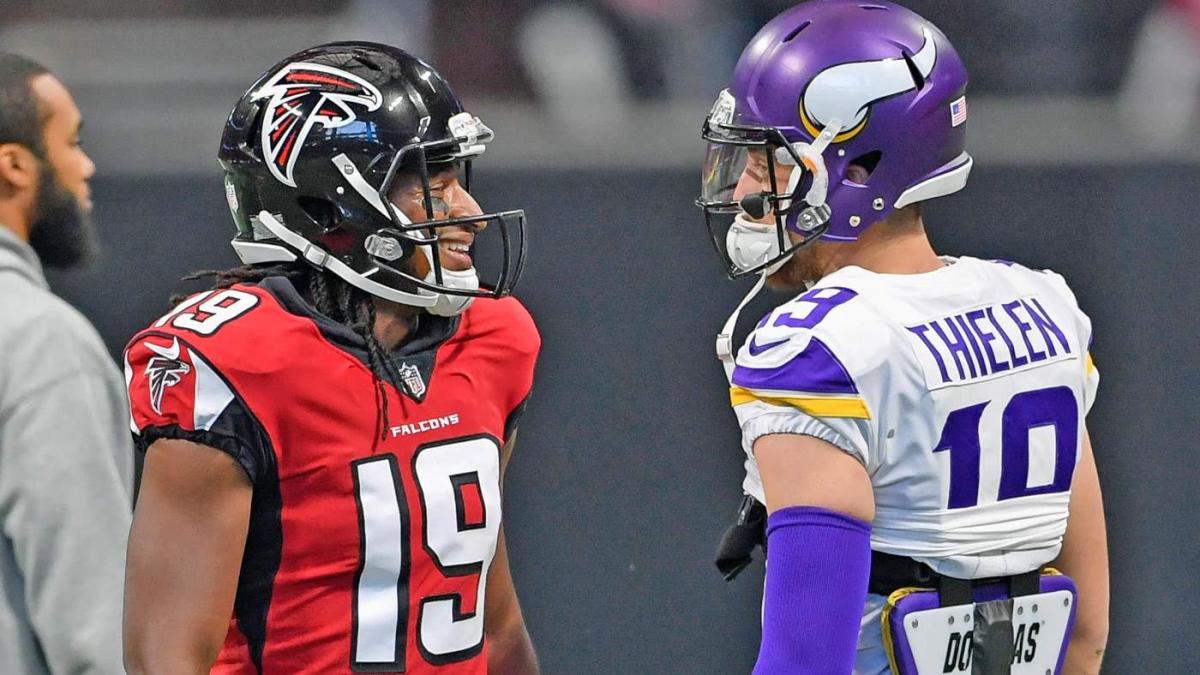 Training camps are here, which is exciting. But we’re still a pretty long way away from actually seeing any football on our televisions. All of this got me wondering: are there some early season under-the-radar games that I’m looking forward to right now?

You bet there are! To break down which games are worth watching but people might not be talking about, R.J. White and Sean Wagner-McGough joined me on the Pick Six Podcast to talk about some under-the-radar games.

The full list is below but if you prefer an audio version check out the podcast in the player.

Originally I wanted to put the Colts and Chargers in here, but decided that it was too high profile a game to actually include. R.J. definitely had this game on his watch list too — if I had to pick ONE GAME to watch in Week 1, it would be this matchup. But I think the teams are good enough where this wouldn’t fly under anyone’s radar.

You could make the case these two teams are too good as well, but I don’t think this will qualify as a game that anyone is obsessed with watching. I am though! I want to see how the Vikings offense looks with Gary Kubiak’s influence taking hold. How will the Falcons new, reworked and young offensive line hold up against a fierce Vikings pass rush? Both teams aren’t on the top list of favorites around the NFL, but they’re both thinking Super Bowl. I want to see how they jump out of the gate in Week 1.

This was a suggestion from R.J., and you knew it was coming. It’s a great pick though: Josh Allen vs. Sam Darnold gives this divisional rivalry the juice it needed. Both these teams are likely, in my opinion, to be part of the AFC wild card battle, so I want to see how they come out prepared. Le’Veon Bell should be a focus as a high-priced add by the Jets, while the Bills did a bunch of work this offseason in less splashy ways.

Podcast listener Steve Z. hit me up about this one, and I would probably amend my personal list to include it if I was redoing things. This is definitely more under the radar than ATL-MIN, but it warrants plenty of attention: Jimmy Garoppolo will be making his return from last year’s ACL tear and the 49ers are a desperate squad to try and win this year (or … else?). The Buccaneers are just as desperate and Bruce Arians will be making his debut as Jameis Winston’s coach in what might be the ultimate “no risk it, no biscuit” combo.

Initially I had Seahawks-Steelers on this list; it’s definitely my favorite game on the slate, but I’m not sure it actually qualifies as under the radar per se.

We focused extensively on these two teams during Thursday’s podcast because they’re opening up training camps. But my goodness, how can you not be excited for the idea of seeing both Lamar Jackson and Kyler Murray on the same field? These are two of the biggest enigmas in football this year for me, and I want to see how the two quarterbacks are being used.

I’m somehow big on the Broncos this year — not sure how it happened, didn’t see it coming, but it’s a thing. And this one is a big boy for me, because I think Denver has a chance to get out to a hot start, especially with Vic Fangio seeing his old team for the first time since taking the Denver gig. Mitchell “MVP” Trubisky will have a very difficult test against a good Broncos defense being run by a guy who knows his offensive intimately.

I also had Broncos-Packers on here because I want to see Fangio against Aaron Rodgers, in a chess match we’ve seen plenty of over the last few years. I’m removing it because including the Broncos twice is a bit much.

This was a really tough week to find concrete examples of “under the radar” games. Maybe this doesn’t qualify once Week 3 gets here, but I don’t think people are licking their chops for Houston-L.A. right now, are they? I sure am. Give me Philip Rivers vs. Deshaun Watson all day long, especially since it’s in Los Angeles and there shouldn’t be a huge home disadvantage, as the Texans fans are less likely to storm to California than other teams. This is a possible AFC Championship Game matchup, or could be an early elimination situation with the playoffs.

Are the 49ers good? Could they be 0-2 at this point? The Steelers are a Super Bowl contender this year, even if they’re flying under the radar. Pittsburgh has a pretty extensive history of not playing well on the road against inferior teams, so it bears watching to see how they look against a frisky Niners team in a spot that Mike Tomlin’s squads haven’t fared well in over the years.

Now this is under the radar. No one is dying to see these two teams right now, at all. But I want to know if Daniel Jones and Dwayne Haskins are starting, and think there’s a decent chance that both rookie quarterbacks get their debut here, should the two teams start out 0-3 to begin the season. It’s the dead period. We’d take this game on TV right now.

Again, I’m sort of interested in the Bills. And this was a tough week to pick up. I don’t know that the Pats are going to have any trouble with the division, but Buffalo made life tough last year with Derek Anderson. They could do the same again with Josh Allen. If there ever was going to be a moment where people wondered what could be with the AFC East, this would be it (a la that hilarious time last year when we thought the Dolphins could take down the Pats after a hot start).