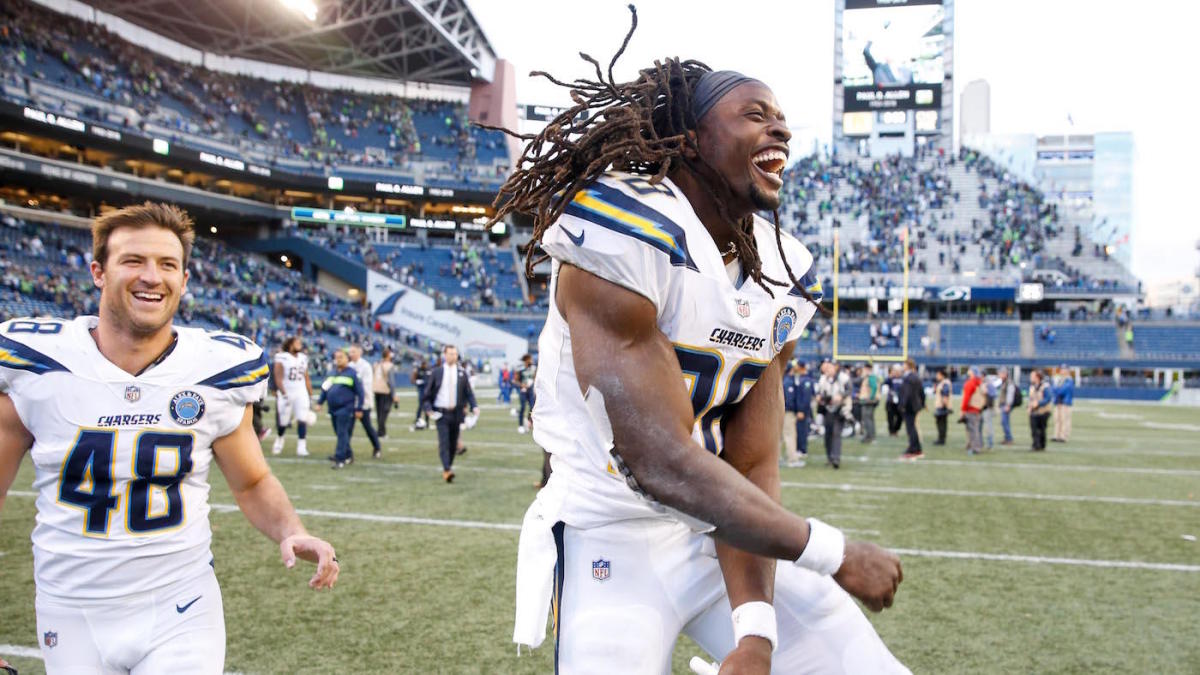 After the Chargers finished with AFC’s best regular-season record (just like the Chiefs) before inevitably succumbing to the Patriots in the playoffs (just like the Chiefs), they’re entering the upcoming season with legitimate Super Bowl aspirations. There’s no denying their title chances from a personnel standpoint; they’re as loaded as teams can be, from the quarterback to the defense to the kicker (yes, actually).

At this point, only a few things stand in the Chargers’ way. There’s always the Patriots, who might not be as talented from top to bottom as the Chargers, but are still the Patriots with Tom Brady and Bill Belichick. There’s the Chiefs, who just happen to reside in the same division as the Chargers, which not only means the Chargers have to face the Chiefs twice during the regular season, but also might be forced to journey to the Super Bowl as a wild card team and thus, travel to Foxborough to play the Patriots in January — as was the case last season.

And then there are the Chargers themselves. That’s what made the Melvin Gordon situation so concerning.  We’ve seen them implode in years past. Is there a chance Gordon’s looming holdout as he pursues a new contract could affect the team’s Super Bowl aspirations from a locker room distraction standpoint?

It doesn’t sound like that’ll be the case, at least according to Gordon, who told ESPN’s Sam Alipour this week that his teammates fully support his endeavor to land a new lucrative contract with the Chargers.

“They’re all behind me. They all got my back,” Gordon said. “They all told me, ‘You know what — we don’t really speak on contracts — but you just go and do what’s best for your family.’ And I’m glad I got that support from them.”

Gordon, entering the final year of his rookie deal, demanded a new contract last week. If he doesn’t get a new contract, he’ll hold out as the rest of the team begins training camp in addition to demanding a trade.

There’s no doubt Gordon is woefully underpaid. He ranks 28th among running backs in average annual salary. His 2019 cap hit of $5.6 million ranks 11th among players at his position group. Gordon is not the 28th-best running back in football. He is not the 11th-best player at his position group. Last season, despite missing four games, he totaled 1,375 yards and 14 touchdowns (a career high) from scrimmage. Perhaps most importantly, he was more efficient than ever before, averaging 6.1 yards per touch. Over the past three seasons, Gordon ranks fourth in yards from scrimmage behind only Julio Jones, Todd Gurley, and Ezekiel Elliott.

Gurley is the most relevant name there. He’s relevant because it was only a year ago when the Rams decided to make him the game’s highest-paid running back with an extension that paid him an average annual salary of nearly $14.4 million. He’s also relevant because just one year later, the Rams are likely regretting their decision to make him the game’s highest-paid running back due to Gurley’s knee, which limited him down the stretch last season and is expected to limit him moving forward. And here’s where it’s worth noting that Gordon has not been as good as Gurley and that Gordon has made it through a full 16-game season only once in four years.

So, Gordon might be underpaid, but that doesn’t mean the Chargers will be keen to give him a mammoth contract. Even though Gordon’s rookie deal will expire after the upcoming season, the Chargers can let that contract expire and then deploy the franchise tag to keep him under team control. They can use the tag twice before it becomes financially unfeasible. If that were to happen, Gordon wouldn’t hit free agency until 2022. He’ll turn 29 that April. At that point, he might find it difficult to get someone to pay him big-time money given what we know about running backs and the trajectory of their careers. It might be cruel to think that way — it’s certainly not fair to Gordon or running backs in general — but it’s probably crossed the Chargers’ mind.

On that note, Gordon also told ESPN that it’s not just his teammates that are supporting him.

“A lot of running backs have reached out to me just saying go out and get what you deserve,” Gordon said. “A lot. A lot of starters. A lot, a lot of backs.”

Gordon’s agent has indicated that his client is willing to extend his holdout into the regular season if necessary. If Gordon misses actual games, there’s no doubt his absence would damage the Chargers’ Super Bowl aspirations. That’s why, as Will Brinson and Jason La Canfora discussed on the Pick Six Podcast, the best solution might be for the team and player to agree to terms on a two-year bridge contract that pays Gordon more money right now without forcing the team to commit long-term money to him. Gordon would get to remain with the team he wants to continue to play for. And the Chargers would hang onto a key component of their offense.

“Just because we’re going through contract issues right now doesn’t mean I want to get traded,” Gordon said. “I love being a Charger. I don’t want them to feel like I don’t want to be there.”