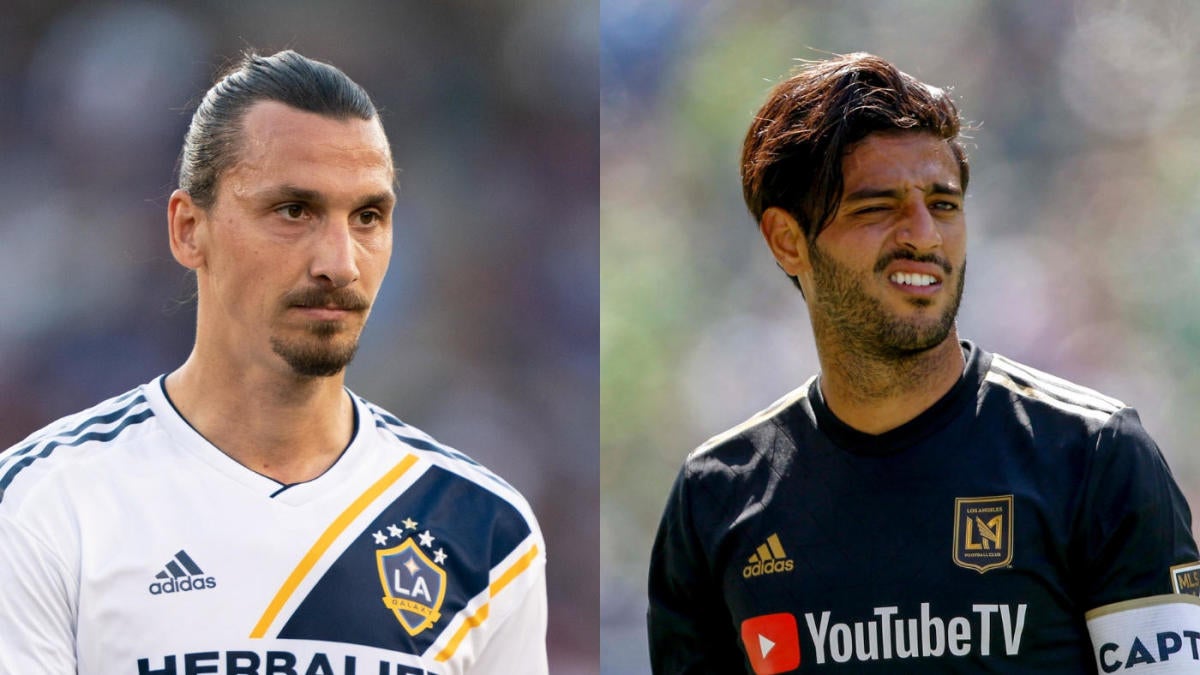 The latest installment of El Trafico is this week as the Los Angeles Galaxy host LAFC on Friday night in a big-time MLS showdown with plenty on the line. The Galaxy have long been the league’s gold standard, while LAFC is hoping to be the new standard and looking like the heavy favorite to win MLS Cup 2019. Friday’s battle is No. 1 in the Western Conference against No. 3, separated by 12 points with both closing in on a playoff spot.

Here is what to know about the game:

Every team in MLS has multiple draws except for the Los Angeles Galaxy. In 20 games, they’ve drawn only once, meaning they either get everything or nothing. A lack of consistency has been concerning for his team with 11 wins, one draw and eight losses. At times the team looks sharp and like a contender, and other times it’s evident that there is a lot of work to be done. 2-0-3 in their last five games, the Galaxy lost to the San Jose Earthquakes 3-0 on June 29 before losing to them again 3-1 last Friday. That lack of being able to string together results has this team needing a win to really boost confidence, and this could be it.

A five-game winning streak in March and April saw this team really find its form and create momentum, but the Galaxy then went on to win one of their next six. A win here, and they make a huge statement that they are a true contender. A loss, and it’s back to being the second-best team in Los Angeles.

2. LAFC off to historic start

There is no sugar coating it — LAFC is the heavy favorite to win this one, but it’s more than that. LAFC is far and away the favorite to win MLS Cup 2019 because of the dominate form. In fact — they are off to the best start to a season in league history since the end of the shootout era (2000), according to the Elias Sports Bureau. Through 20 games, LAFC has 46 points, one point better than D.C. United in 2006. To put that in perspective, we all saw Atlanta United burst onto the scene in 2018 with their hot start, and through 20 matches the team had 40 points.

With a nine-point lead atop the Western Conference, a win here would move LAFC 15 points clear of the Galaxy and would see them close in on wrapping up the No. 1 seed. There is still a ways to go, but it seems unlikely this team would cough up that kind of cushion in the standings.

The second-best goal differential in the league is Atlanta and Minnesota at plus-eight — LAFC is at plus-36. Every MLS team has lost at least a quarter of its games, while LAFC has lost just 10 percent of its games.

3. Missing: Another goal scorer for the Galaxy

The problem the LA Galaxy has had is finding somebody who can score goals that isn’t named Zlatan Ibrahimovic. LAFC has five players that have more than three goals, while nobody on the Galaxy has more than three other than Zlatan.

Carlos Vela, the MVP favorite, has a league-high 19 goals for LAFC, while Diego Rossi has 11. Their third striker, Adama Diomande, has eight. They create chance after chance and put it away, while the Galaxy are very reliant on their star. Part of the reason why nobody else is really scoring for the Galaxy is that the players know that they have Zlatan up top and look for him as often as possible because he’s still one of the world’s best very.

But at some point, somebody else is going to need to step up. Uriel Antuna, on loan from Manchester CIty, has proven that he can score while with the Mexican national team, grabbing four goals at the Gold Cup. Now back training alongside Mexico teammate Jonathan Dos Santos, he’s a player to watch in this one after a huge boost in confidence on the international stage.

Oh boy. This is going to be some match, especially if Zlatan’s words are used as fuel by LAFC. Speaking to ESPN, Zlatan was asked about if he thinks he is still the best player in MLS despite Carlos Vela’s superior numbers, including six more goals this season. His response was Zlatan at his best.

Herculez Gomez responded, “You were in Europe.”

That’s exactly what you think it is — Ibrahimovic saying, in his own words, that he is the better player because when he was 29 he was killing it in Europe, which is certainly more of a challenge than in MLS. At 29, Ibra was at Barcelona and AC Milan — arguably two of the five biggest clubs in European history.

Now, that’s not to take away from Vela because he’s a fine player and certainly the MVP favorite. Vela has been the best player this season, but there’s no doubt who the better player is overall.