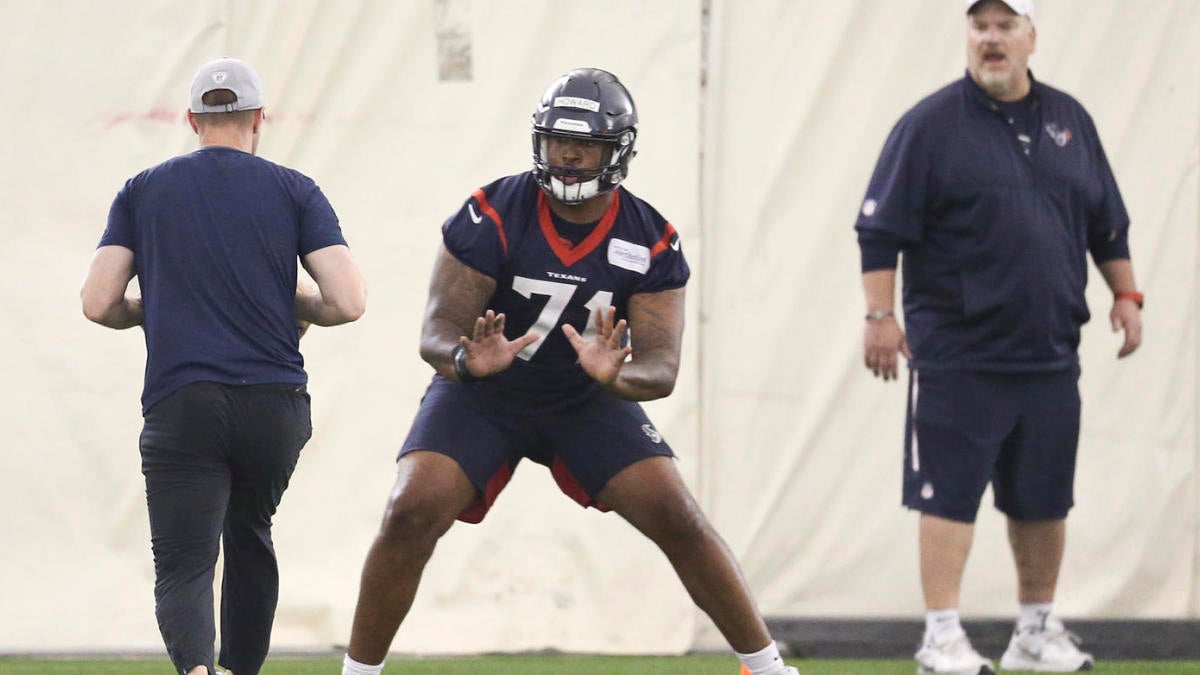 NFL teams have already begun to report to training camp, so you know what means: The 2019 season is right around the corner.

As we inch closer to football’s return, we here at CBS Sports will be diving into all 32 teams as part of a summer-long look at some of this year’s most important camp battles.

In this edition, we highlight a crucial competition in Texas: The Houston Texans‘ left tackle position.

How can it not be? This isn’t a fight for a third-string running back job or nickel corner spot, remember. This is the left tackle position. The way edge rushers line up these days, some would argue that LT and RT are equally important, but there’s still something extra important about keeping your quarterback’s blind side clean, and the Texans have had lots of trouble doing exactly that.

Both eye tests and statistics will tell you Houston has had this problem for a while, and it only got worse in 2018, with Pro Bowler Duane Brown gone for good and the Texans surrendering an NFL-high 62 sacks. Not all the blame for sacks can be pinned on the offensive line, let alone specifically the LT, but to underplay the issue would be to ignore the single biggest concern regarding the long-term prospects of this team as a playoff contender. Deshaun Watson is among the NFL’s best young QBs when healthy, but he must be protected.

Here are the biggest names vying to do that job in 2019:

Because he’s the incumbent, it’s relatively tricky to dissect whether he’s a.) under more internal pressure than anyone or b.) more likely to appease a staff/system he knows better than anyone. If we’re looking at this offseason for clues, then Option A sounds more likely. The Texans front office said as much, proclaiming Matt Kalil as true competition for Davenport, and their checkbook says it even louder: You don’t pay someone with Kalil’s resume $5.5 million (or up to $7.5 million) to ride the bench.

Davenport himself is an intriguing option if only because of his familiarity, as well as the way he finished 2018. The former fourth-rounder looks the part and even graded out as Pro Football Focus’ top LT of the Wild-Card round of the playoffs. But that was also against the Indianapolis Colts, whose greatest need coming into 2019 was pass rush. At the end of the day, barring a substantial leap in camp, he presents Houston with the safest, yet most unspectacular option on Watson’s blind side.

His name and salary are bigger than his actual production. Let’s get that out of the way first. It’s the unfortunate byproduct of going fourth overall, making the Pro Bowl, falling out of favor but still cashing in big as a free agent and then missing an entire season due to injury — the trajectory of the former Minnesota Vikings LT’s career. Still, he’s the most experienced of the entire group, and he still offers a higher ceiling than his LT counterparts. Unless his 2018 knee scope has lingering effects, it’s hard to imagine Bill O’Brien seeing him in camp and not being tempted to ride with the elder statesman of this trio.

The 23rd overall pick of the 2019 draft, he’s easily the biggest wild card of the competition. Common sense says he’s got little to no chance of unseating Davenport or outsmarting Kalil, who’s got 80-plus games of NFL experience on him. The technique and the level of competition is just not there yet, and it’s unlikely camp will change that drastically. It’s also likely Howard will open his rookie campaign at RT. That said, this is a near-desperate situation, and while trotting a rookie out there to protect Watson sounds as foolish as leaving the position untouched, Howard’s physical and athletic gifts could be intriguing late in 2019 if things are still awry.