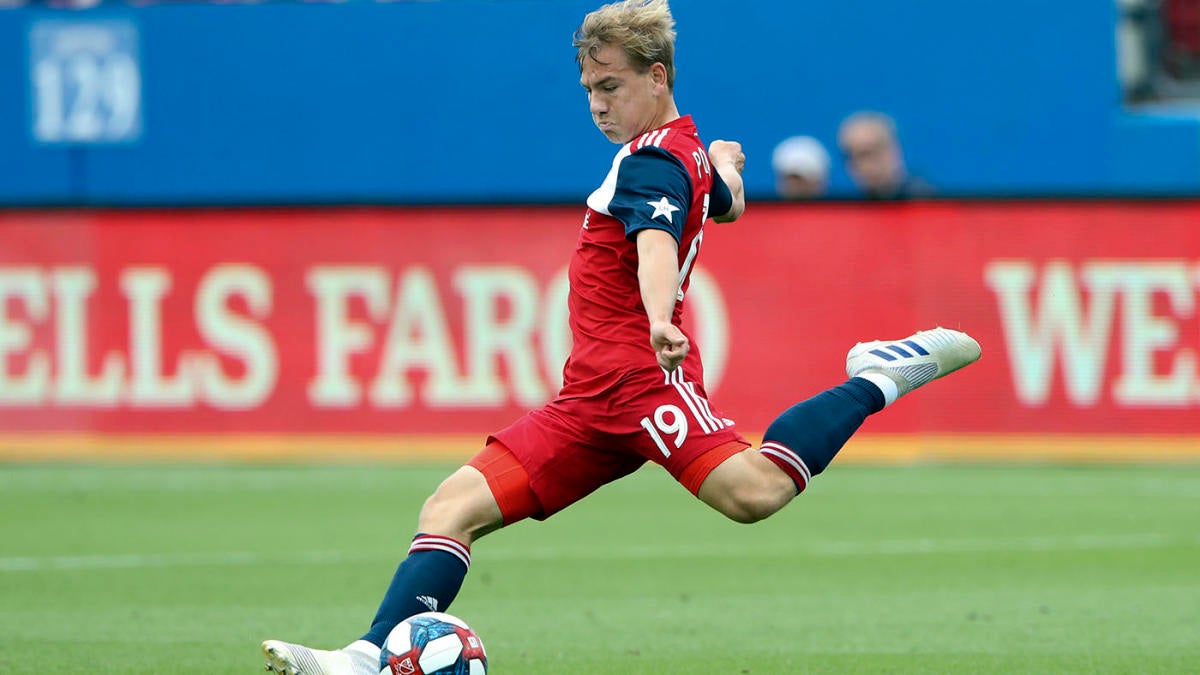 The United States U-20 national team advanced to the quarterfinals of the U-20 World Cup this year, and there were plenty of standout performers. But in the red, white and blue, nobody garnered more attention than a previously little-known talent who has since been blowing up. Paxton Pomykal of FC Dallas turned heads for Tab Ramos’ team at the tournament with his stellar technical ability, creativity and energy. A workhorse, the 19-year-old Pomykal is on the verge of becoming a household name with massive potential for the United States men’s national team.

After making his MLS debut in 2017, the rising star has shined bright, especially in the 2019 season. This year, he’s made 14 appearances and has been so good that he made the All-Star team as a commissioner pick to take on Atletico Madrid on July 31 in the MLS All-Star Game. Pomykal can play his primary position of attacking midfielder, but he can also play more centrally or even out on the right.

Ramos loves what Pomykal is all about and where he can go from here.

“Paxton has excellent technique, a great physical ability to cover ground and has become a very dangerous attacker as he is very direct and gets opponents on their heels,” Ramos told CBS Sports.

Pomykal wanted to use the U-20 World Cup as his coming out moment on the international scene, and while he is overall pleased, he doesn’t hide that he wanted more for himself and his team.

“I thought that overall it was a positive tournament,” he said. “I felt like we had a very talented team going in and high expectations for ourselves. I feel like we came up a little bit short. I feel like we could have beaten Ecuador (in the quarterfinals).

“I didn’t have my best tournament, but I thought I showed well, in some games in particular. I don’t like to have regrets on anything. I left everything on the field.”

His consistency in MLS has caught the eyes of many, and sources tell CBS Sports that clubs in the Bundesliga and Serie A see him as a potential impact player overseas down the road, though it wouldn’t be surprising to see him sign an extension with FC Dallas if the club can hold off the interest from Europe.

For the time being, Pomykal is keeping his focus on his current club. What he wasn’t focused on, though, was being named to the All-Star team by MLS commissioner Don Garber.

“It came to be a surprise for sure. I was kind of shook when I figured out. I was not expecting it,” Pomykal said. “If you see the video when they told me and Matt [Hedges], I was very shook. I was not expecting it. I think just because it wasn’t really something I was thinking about going to. Going into the season, my main goal was to play and get minutes. Everything has kind of moved pretty quickly this year. I’m really happy and grateful.”

Move quickly he has, both on the field and up the ranks. A wise, talented player with poise, he’s had to have caught the eye of United States national team coach Gregg Berhalter, whom Pomykal said he hasn’t heard from just yet. Pomykal has taken notice of Berhalter’s willingness to call up young players to give them a chance. He patiently awaits his.

“I think any player that was at that U-20 world cup has a realistic chance [of being called up],” he said. “Each coach has their own preference in who they like, their style. I’m curious to see who is going to get called up. He calls in young players all the time. I wouldn’t be surprised if any of them get called up.”

While it’s been quite the ride for him over the last couple of months, he’s more worried about what he can personally improve and not so much about if and when his time with the senior team comes.

“…I am pretty realistic person. I don’t like to exaggerate too much with my expectations. My goals right now are being the best player in Dallas and performing for the team, getting to the playoffs and making a run.”

His long-term goals are that of any player who pays attention to the sport on an international level, aiming to play at the very highest level of club soccer.

“A dream of mine would be playing in the Champions League,” he said.

Young, hungry and trending upward — the USMNT looks to have another building block for the future, another player to follow in the footsteps of Christian Pulisic and Weston McKennie.

“The main dream of mine is to wear the national team crest at a World Cup,” Pomykal said.

For Ramos, he sees that and more for his young star.

“He can hurt you by receiving balls with tremendous ease in tight spaces in between lines and he can score or pass like the great ones from all around the world,” Ramos said. “He has a very high ceiling and will be an important player for many, many years.”

You can watch Pomykal in the July 31 MLS All-Star Game on fuboTV (Try for free).