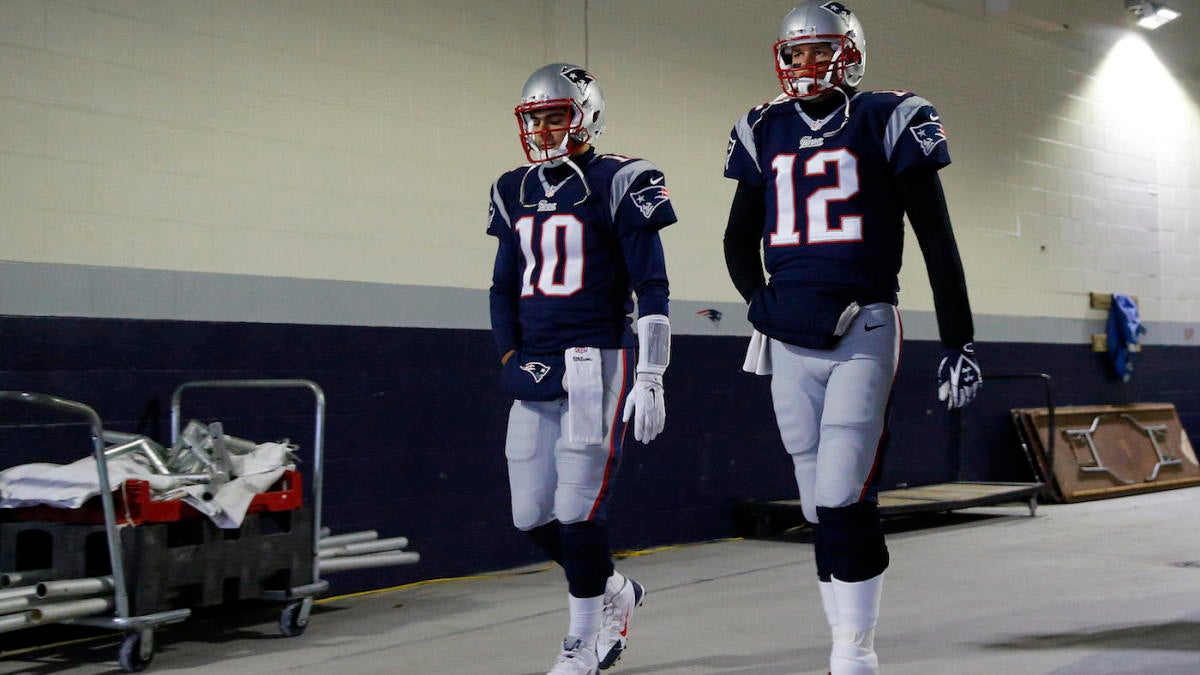 Jimmy Garoppolo is heading into his third season with the San Francisco 49ers. He’s played just nine games for the team, having arrived in a midseason trade back in 2017 and then torn his ACL in the third game of the season last year.

Prior to his stint in San Francisco, Garoppolo spent the first 3.5 seasons of his career with the New England Patriots, working as Tom Brady’s primary backup. To hear Garoppolo tell it, that experience was an incredibly valuable one.

“The preparation as a whole was tremendous just to see it, to be in the same room as it, to learn from it,” Garoppolo told The Ringer’s Kevin Clark. “To be a rookie and see that, it was invaluable. I can barely put it into words. What you learn is playing the game within the game, that’s a big part of Tom. I don’t even know if he told me that [directly], but he would always talk about the game within the game. He would talk about the snap count, and he’d say ‘you’re going to go on two on this play’ and he’d have a specific reason.”

Like many backups before him, Garoppolo is quick to praise Brady with passing on information and lessons about how to prepare and how to process the game.

“That’s not the coaches telling you,” Garoppolo said. “That’s the player playing the game within the game. It’s the little things, the little details and how he ties them all together — that’s what separates you.”

And while it’s surely valuable to have a future Hall of Famer in your ear, telling you the way of the football world, it hasn’t exactly proven to mean much of anything. Brady’s abilities have rarely transferred to any of his young backups through this type of osmosis. Below is a list of players who backed up Brady early in their careers, along with their stat lines for the teams they played for after leaving New England. (Note that Rohan Davey and Kevin O’Connell did not throw a single pass for another team after leaving.)

So … not great. Garoppolo has actually fared the best of the bunch, but he’s also played in parts of just three seasons and has been injured twice. He’s also thrown only 267 passes — nearly 90 fewer than Ryan Mallett threw outside of New England, and less even than Jacoby Brissett has. (And Brissett looks like possibly the second-best former Brady backup, in competition with Brian Hoyer, who of course is now back in New England after bouncing around the league for several seasons.)

It’s entirely possible Garoppolo becomes an excellent quarterback in his own right. The 49ers certainly paid him like one. But if he does, it’s far more likely to be due to his own talent and work, and the coaching of Kyle Shanahan, than it is anything he took directly from Brady.