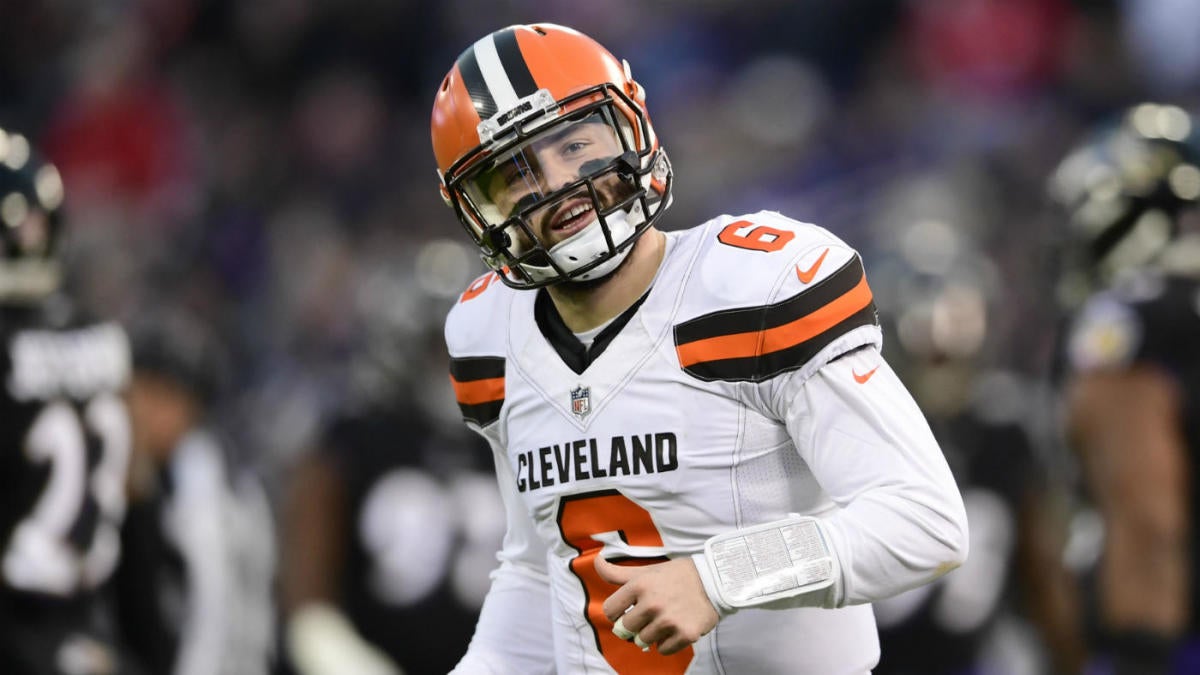 The Cleveland Browns are America’s New Team (a phrase coined by me, must credit “Will Brinson, CBS Sports” if used), and there is a lot of hype surrounding their 2019 season, with Cleveland having been installed as one of the favorites to win the Super Bowl. They are the favorite to win the AFC North, which is not something anyone could have imagined being a reality within the last two (or 20?) years.

However, as we discussed on the Pick Six Podcast Wednesday, there are some serious make-or-break games on the Browns schedule early on.

In fact, the Browns were mentioned in a “make or break” game on the list created by our own John Breech three different times, with all three of those games coming in the first four weeks of the season.

We break down all of them on the podcast, which you can listen to in the player below. You should also subscribe to the pod: things are heating up with training camp beginning and we’re daily year round. In the words of Baker Mayfield, you’re either on the train or you’re not. Get on the train via Apple Podcasts, via Spotify or via Stitcher.

As far as the Browns go, however, there are some games worth talking about.

This is the game Breech listed as the make-or-break game for the Browns, and I agree wholeheartedly. Everyone is assuming the Browns are going to steamroll the Titans because the Titans are boring and the Browns are the Hansel of the NFL. The Browns are a 5.5-point favorite over Tennessee at home. The Browns have been 5.5-point favorites eight times in the last 15 years. They covered three of those games. I’m not saying they won’t win the game or even not cover, but the hype is cascading out of control on this team. The Titans nearly made the playoffs last year, have an underrated roster, will try to come in and pound the ball with Derrick Henry and could steal this game. It would send shockwaves through Cleveland if Tennessee pulled off the upset.

This is the Jets’ make-or-break game, but it’s obviously extremely important for the Browns too. Imagine a world where the Browns don’t win Week 1 and head to New York for a matchup against the Jets with Sam Darnold eyeing revenge against Baker and Co. for the previous year. New York will be hosting Cleveland in prime time, will probably be an underdog (if only slightly; if Cleveland wins Week 1 and the Jets lose the Browns might be heavy favorites) and has a dangerous defense that could create issues for the potentially potent Cleveland offense. I am not trying to be a Debbie Downer here, but these are two sneaky tough games to open the season. There’s no such thing as a gimme in the NFL — if the Browns were to lose to the Titans and Jets, they’d have a tough road ahead fulfilling expectations and making the playoffs by the end of the season.

And this is why the first two games are so important. The third week is a home game against the defending NFC champs as the Rams come to town, and then the Browns head to Baltimore for a rock fight with the Ravens. Say whatever you want about Lamar Jackson and that offense plus all the changes that they underwent on defense, but this is going to be a tough team to deal with. John Harbaugh isn’t laying down. This is actually the Ravens’ make-or-break game for Breech, because if the Ravens lose they’re in big trouble. But the Browns are the team to watch here if they don’t start out 3-0 or 2-1. This could quickly turn into a season-flipper for them in the first month.