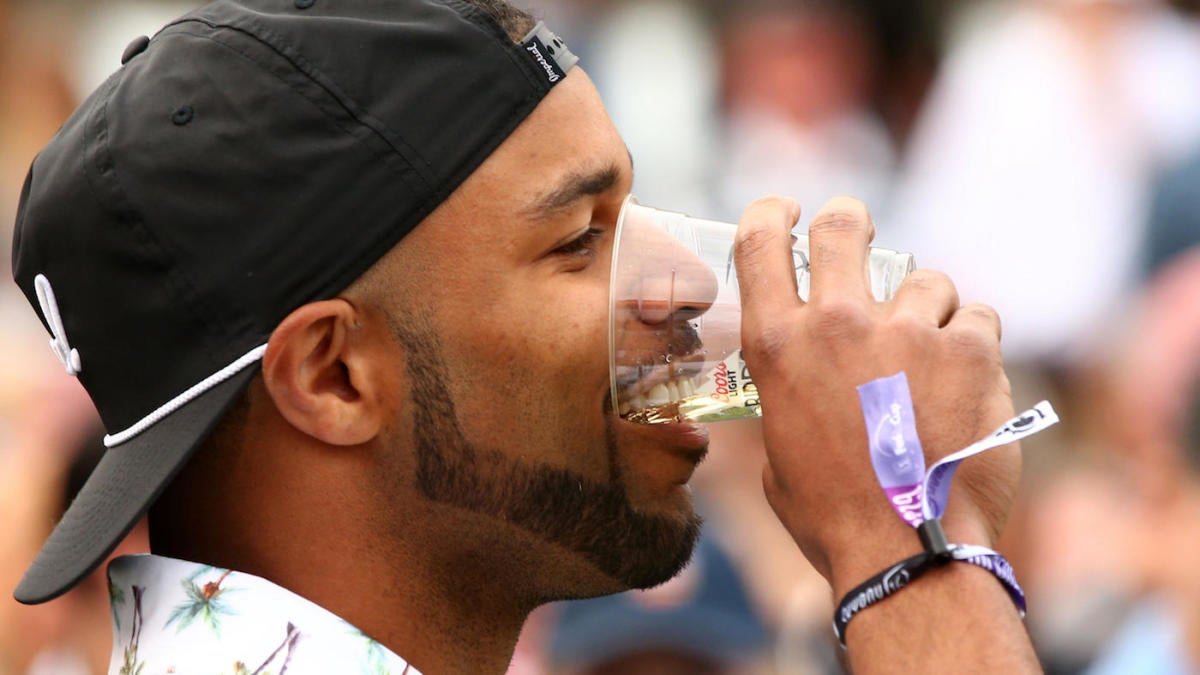 Speaking with ClickOnDetroit.com on Sunday, the former Seahawks, Lions, and Eagles receiver who signed with the Giants this offseason said that Stafford has been the best quarterback he’s played with to this point in his career.

“Stafford’s been the best quarterback I’ve played with,” Tate said. “The guy can flat out play, he’s tough, and his attitude is amazing, and he just wants to play ball. For me, I have nothing but praises for him.”

Tate spent 4.5 seasons in Detroit catching passes from Stafford. It was there that he posted the best individual numbers of his career, averaging 66.8 yards per game as he established himself as one of the league’s top slot guys. But the Lions never managed to win a playoff game with Tate despite qualifying for the postseason twice.

On the other hand, Tate began his career in Seattle, where he spent his rookie year catching passes from Matt Hasselbeck and Charlie Whitehurst. That 2010 season resulted in the 7-9 Seahawks somehow making the playoffs and upsetting the Saints in the wild-card round before getting crushed by the Bears the following week. The next season saw Tarvaris Jackson become the third quarterback of Tate’s career, but we can skip over that season.

Because in 2012, Wilson arrived. And it’s Wilson — not Hasselbeck, although he remains an underappreciated quarterback all these years later — who is the most notable snub. From 2012-13, Wilson led the Seahawks to a 24-8 record, two playoff appearances, and one championship. Tate was a member of those teams. But in that two-year window with Wilson, he averaged 51.2 yards per game. So again, he didn’t see nearly as much individual success in Seattle as he did in Detroit.

Just to be doubly clear, Tate added that he thinks Stafford is better than the quarterbacks he’s played with who also won playoff games.

“It’s almost unfair that he’s such a good player and doesn’t have playoffs or a ring to show for it,” Tate said. “That kind of hurts my heart that I wasn’t able to help change that. But I think over his career, if you put him in another organization, maybe things are different. I don’t know. I’ve played with some guys over my years that I’ve won playoff games with that I don’t think are as good.”

There’s also a slim chance Tate, who got traded from Detroit to Philadelphia midway through last season, could be talking about Nick Foles, who helped the Eagles beat the Bears in the playoffs. But again, it’s Wilson who is the notable snub. Not Foles.

As runners (and keep in mind, Wilson has played in three fewer seasons than Stafford):

And finally, by looking at their resume from a win-loss perspective:

It is worth noting, though, that Tate played with Wilson during the first two years of his career and that Wilson has improved considerably as a passer since those early seasons. Perhaps that played a role in his assessment. Maybe Tate would feel different if he had spent the last four years in Seattle and the first four years of his career in Detroit. If the order had been reversed, maybe Tate would hold a higher opinion of Wilson.

And maybe, as Tate said, Stafford has been a bit unlucky. He’s never had the kind of defense that Wilson had during the Seahawks’ Super Bowl runs. Maybe if Stafford had joined a different organization, he would have achieved more postseason success. Context matters.

All that said, we can only judge what we know. And based on what we know, Wilson has been better than Stafford by a significant margin.

Meanwhile, after spending the first nine years of his career playing with mostly good quarterbacks, Tate is onto New York, where he’ll spend the upcoming season catching passes from 38-year-old Eli Manning and quite possibly at some point, rookie Daniel Jones.