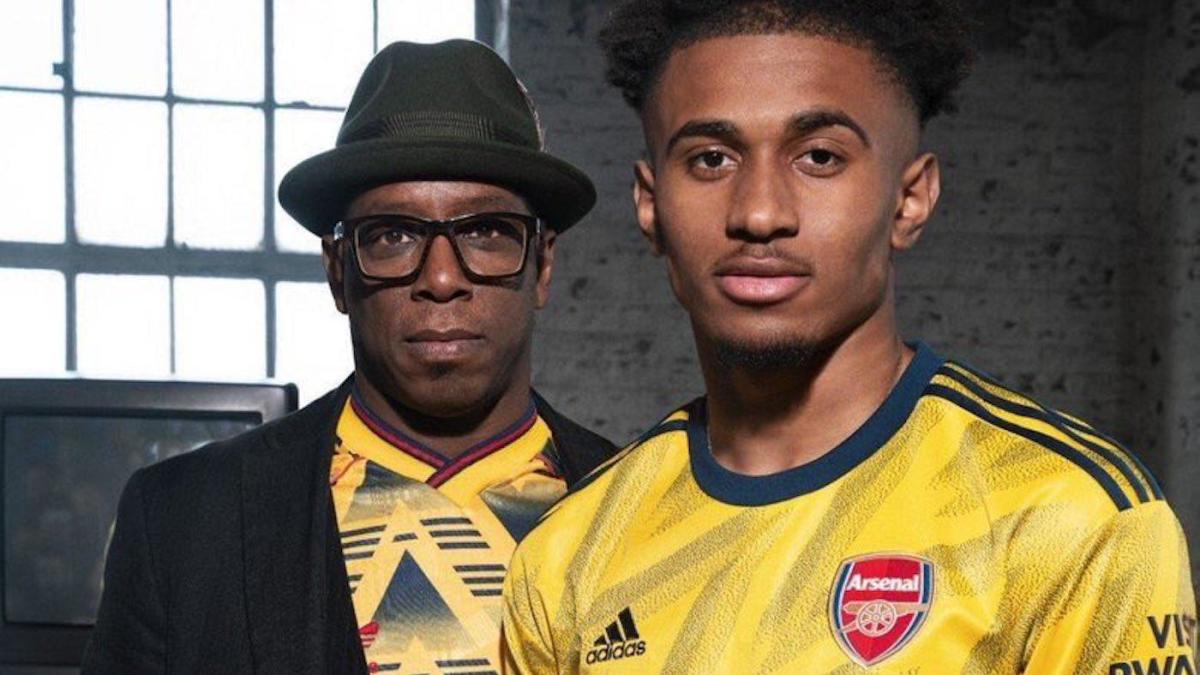 While Arsenal is stateside beating up on the Colorado Rapids’ reserve squad, the club is also teaming up with Adidas to unveil the kits that they’ll be wearing this season.

On Tuesday, it rolled out the team’s 2019-20 away uniform, and it looks a little familiar. That’s because the kit pays tribute to one of the most iconic and infamous jerseys in club history: the “bruised banana” look from the early 1990s.

While it brings similar design elements as the old bruised banana kit — most notably the color scheme and the V pattern across the jersey — the new one brings a sleeker, more modern touch. It’s a great blend of history and innovation.

This is Adidas’ first year with Arsenal since taking over for Puma as the team’s official outfitter. The brand rolled out one of its bigger North American representatives, James Harden, to celebrate Tuesday’s unveil.

That seems only fitting considering Harden has been hanging out around the club in London this month and photos of him wearing the away kit leaked online before they were officially revealed this week.

Arsenal wore their new home kits, unveiled earlier this summer, for the first time on Monday night against the Rapids. However, those jerseys provided a tease for Tuesday’s rollout of the away kits, as they featured yellow bruised banana lettering in place of the regular white lettering on the back.

To this point, Adidas has done a solid job creating a buzz around the new jerseys and delivering on a quality look.