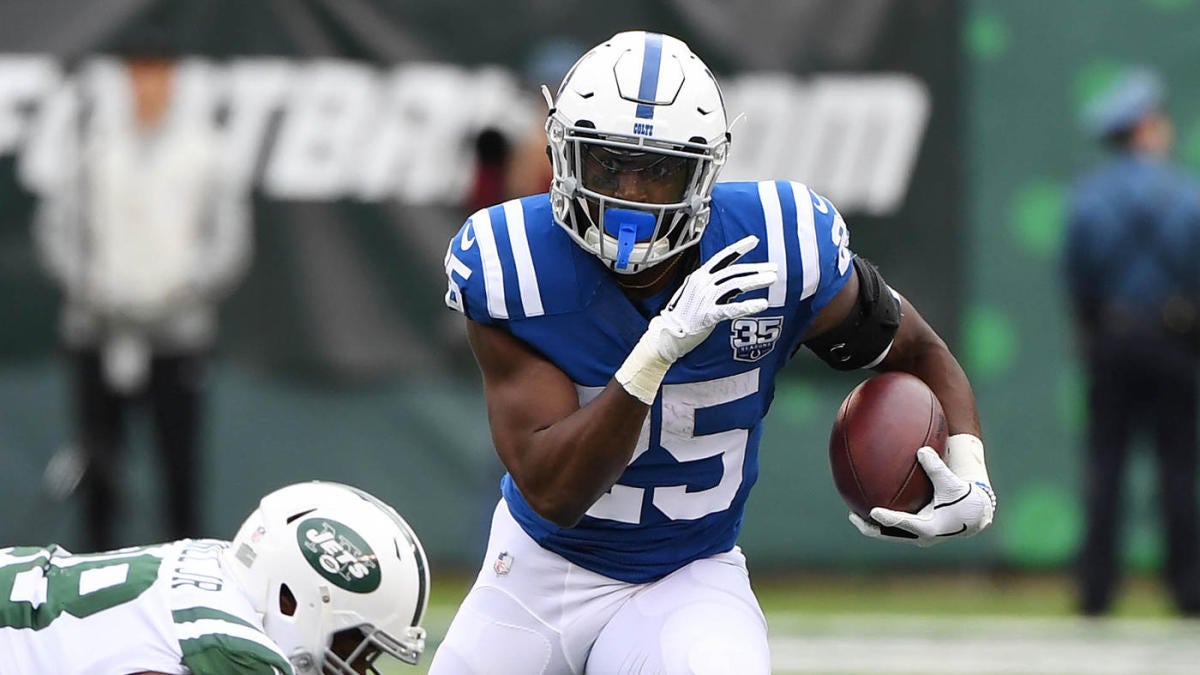 Marlon Mack isn’t near the top of many rankings, but there’s reason to believe he’ll be one of the biggest Fantasy steals out there this season.

The Colts running back had 908 yards rushing and nine TDs in 12 games in 2018, averaging 4.7 yards per carry, and his production might soar if he can stay healthy on a team that will try to alleviate wear and tear on Andrew Luck’s arm.

“I’ll say this, Mack’s been maybe my No. 1 target in all of my drafts, a guy I want to own in every league whenever possible,” Pick Six Podcast host Will Brinson said on Monday’s episode. “I think Mack is a top five running back.”

Sean Wagner-McGough and John Breech echoed Brinson’s optimism for Mack (though stopping short of placing him as high as top five) as the guys answered a wide assortment of questions from listeners in a mailbag edition.

“Earlier this offseason when we ranked divisions by running backs, I had the AFC South last, but that said, I think he’s best running back in the division,” Wagner-McGough said. “I’d rather have Mack than Derrick Henry, Leonard Fournette or Lamar Miller. I thought Mack was sensational in 12 games, and I don’t see anyone on depth chart who’ll steal carries away from him.”

The Colts do have Jordan Wilkins and Nyheim Hines, and while Brinson is high on Hines, in particular, Hines is more of a change-of-pace back. As for our Fantasy writers Jamey Eisenberg, Dave Richard and Heath Cummings, they have Mack ranked between 16th and 21st among running backs for PPR leagues, and between 16th and 19th for non-PPR.

“The Colts are one of those small market teams people don’t pay lot of attention to,” Breech said. “I think Mack’s a dark horse. Saquon Barkley is going to be facing loaded box because Eli can’t throw the football. Mack will be in the complete opposite situation.”

Listen to the full episode below as the guys tackle questions about Josh Rosen, the Steelers, some others that are pretty far out there and more, and be sure to subscribe for your daily dose of NFL news.