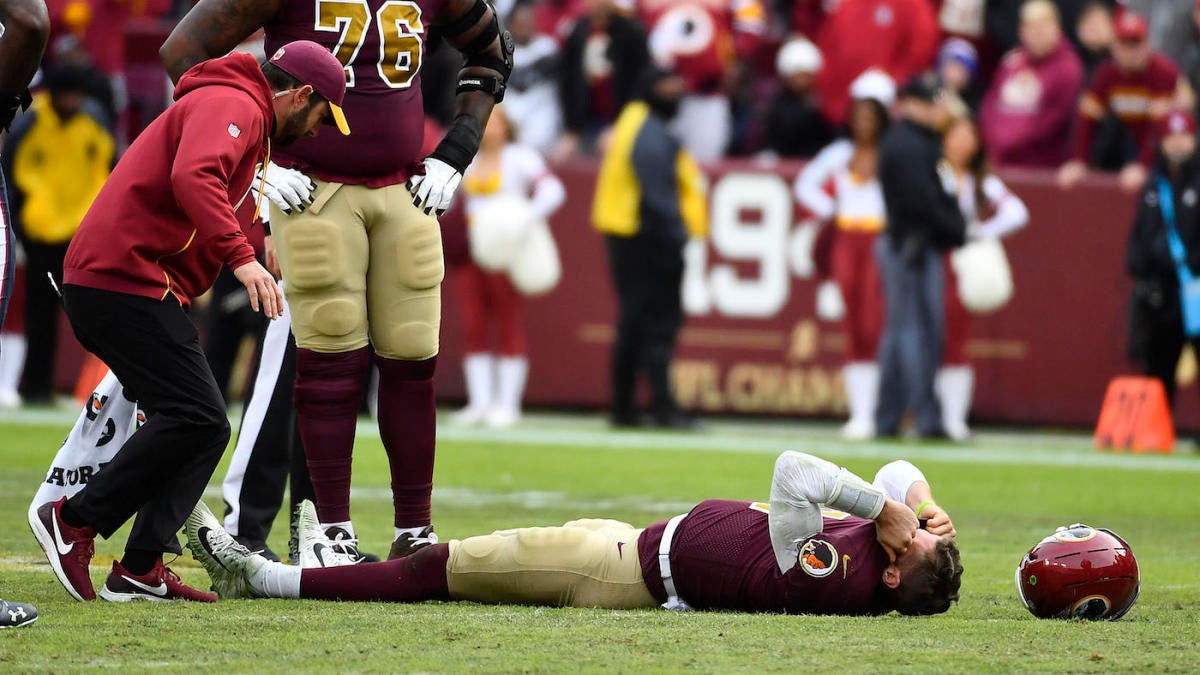 Alex Smith’s future in football is murky at best after he suffered a career-altering leg injury in November that cut his 2018 season short, likely ended his 2019 season before it could even begin, and could result in the end of his career. But on Monday, Smith hit an important milestone in his recovery.

As his wife, Elizabeth Smith, revealed on Instagram, Smith had the external fixator that was stabilizing his leg removed eight months after the devastating injury took place. Just how important was the external fixator? According to Smith, it saved his leg.

“The last 8 months have been nothing short of crazy,” she wrote. “Although it’s not over, today is a big milestone. We are shedding the weight Alex has been carrying (literally and figuratively). It’s one step closer to the goal. The resilience, determination and mental fortitude of this man is unmatched.”

Smith suffered the injury — a broken tibia and fibula — during the Redskins‘ Week 11 loss to the Texans. To make matters worse, Smith reportedly dealt with complications from surgery, including infection. In January, it was reported that not only would Smith likely miss the entire 2019 season, but he might not ever be able to play football again.

In June, though, Smith indicated that he still plans to pursue a comeback.

“That’s the plan. That’s the plan,” he told Fox5 DC’s Angie Goff. “Steps. I’ve got to conquer some more steps before I get there.”

In the meantime, the Redskins were forced to implement a new plan at quarterback one season after they traded for Smith and promptly handed him a contract extension. First, they traded for Case Keenum, giving them a slightly better version of Colt McCoy to go along with Colt McCoy. Then, they watched Dwayne Haskins fall to them in the draft thanks in large part to the Giants, who for some reason decided to take Daniel Jones with the sixth-overall pick. The Redskins are now entering the season with Haskins as their new long-term quarterback, but it’s not clear who will be starting come Week 1.

As for Smith, 35, he’s still under contract with the Redskins. His contract doesn’t technically expire until after the 2022 season. But if he is able to get healthy enough to play football again, chances are he won’t be starting for the Redskins. Smith, of course, is no stranger to the concept of switching teams mid-contract. A trade sent him from San Francisco to Kansas City back in 2013. Five years later, Kansas City dealt him to Washington.

But that’s a question for another day. For now, Smith is focused on getting healthy. And on Monday, he hit an important checkpoint in that process.