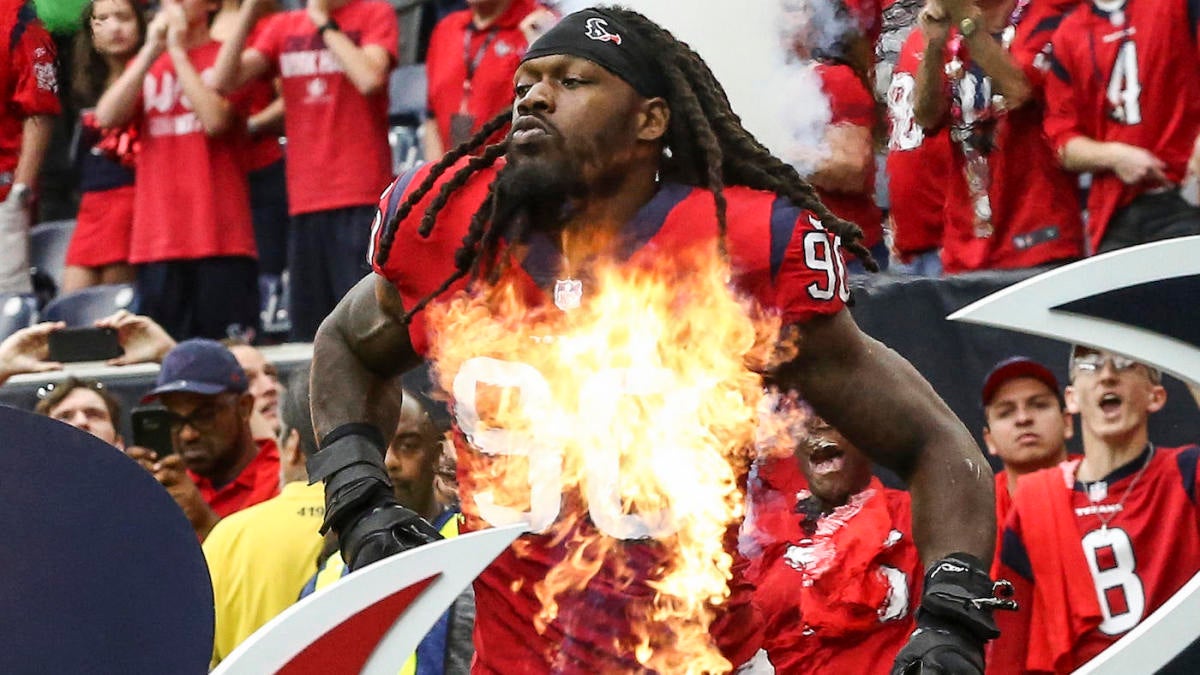 The deadline for franchise-tagged players to reach long-term contract agreements with their respective teams came and went on Monday with only one player remaining without a long-term deal. As expected, Texans edge rusher Jadeveon Clowney will play out the upcoming season under the franchise tag. How much he’ll earn under the tag, however, is up for debate.

Not long after the deadline passed, ESPN’s Adam Schefter reported that the NFL Players Association is expected to file a grievance against the Texans over Clowney’s designation, which NFL insider Jason La Canfora reported in November was expected to happen.

The bigger problem here is the classification of linebackers and defensive ends. Those position groups are a bit outdated. Guys like Clowney and Khalil Mack might be technically listed by teams as linebackers, but in reality, their jobs are often the same as defensive ends. They’re expected to rush the quarterback. They’re not typically asked to drop back into coverage the way traditional linebackers do on the vast majority of their snaps. In other words, Clowney is significantly more similar to Cowboys defensive end DeMarcus Lawrence than he is to Seahawks linebacker Bobby Wagner. The best way to fix this is to classify Clowney, Mack, Lawrence, and all other similar players as edge rushers and linebackers like Wagner as linebackers. Perhaps this could be addressed during upcoming CBA talks as the two sides try to reach a new agreement before the upcoming season.

As that fight plays out, the Texans should not expect Clowney to show up to training camp. As has been previously reported by The Houston Chronicle’s Aaron Wilson, Clowney is expected to “at least a major portion of camp.” He is not, however, expected to sit out any games.

It’s not at all surprising the two sides were unable to reach a long-term deal before Monday’s deadline.

For one, the Texans don’t even have a general manager after firing Brian Gaine last month and being forced to halt their pursuit of Patriots director of player personnel Nick Caserio after getting hit with tampering accusations. The Texans have since decided to forgo hiring a general manager this year, instead divvying up general manager duties between multiple team employees.

Two, Clowney has dealt with injuries (most notably, knee issues) throughout his career, which could’ve complicated negotiations. Three, while being a very impactful player, he’s never cleared the 10-sack threshold in a single season. The Texans almost certainly could’ve held his injury history and relatively low sack totals against him during negotiations.

All of this has set up 2019 to be the biggest season of Clowney’s career. There’s no doubting his skillset. If he stays healthy and pieces together a monster season, he might convince the Texans to give him a lucrative long-term deal. Then again, the Texans could always tag him again. They could try to trade him. It’s unlikely they’d let him walk as a free agent unless the upcoming season doesn’t proceed as planned. Based on his last two seasons, it seems more likely he’s on the cusp of an even bigger breakout than a sudden decline.

He’s racked up 18.5 sacks over the past two seasons and graded out as Pro Football Focus’ ninth-best edge defender this past season. He also happens to be quite good at defending the run. Clowney checked in at No. 54 on CBS Sports’ NFL Top 100 list that was released earlier on Monday.