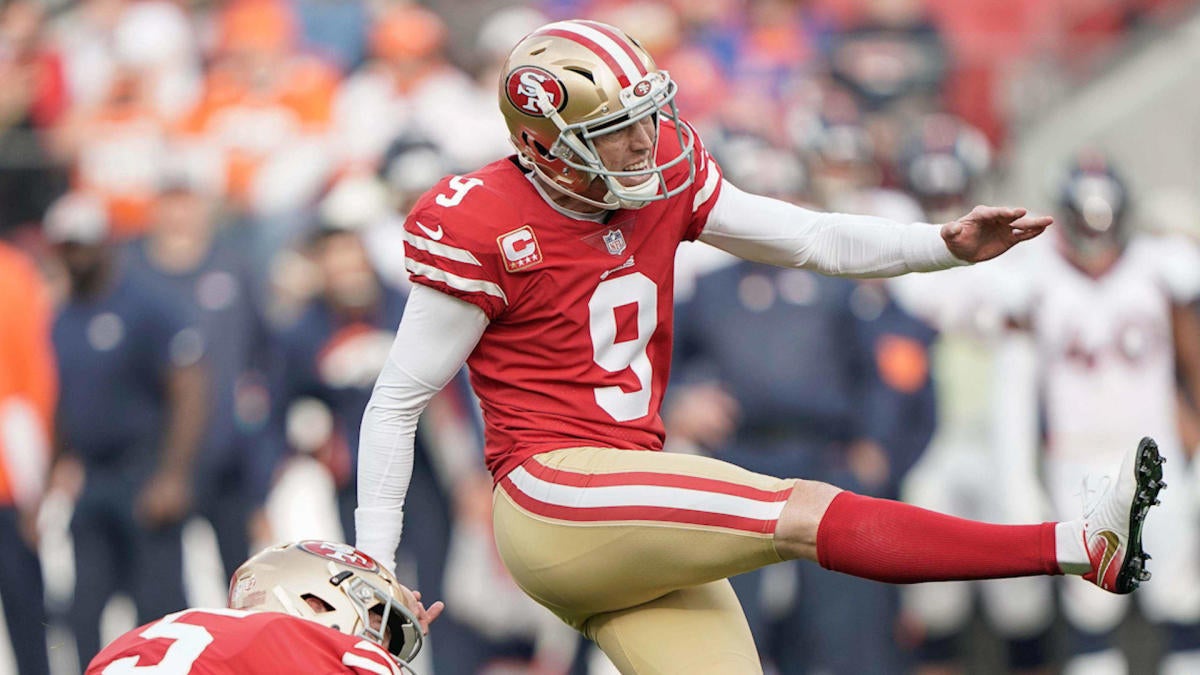 The Chicago Bears have been hoping for a chance to use the ripcord on a Hail Mary trade situation to solve their kicker issues in the form of a disgruntled San Francisco 49ers employee, but Robbie Gould and John Lynch nixed that idea by finally working out a long-ish-term deal for one of the most accurate kickers in the NFL.

According to Adam Schefter of ESPN, the 49ers and Gould reached a deal on a two-year contract worth $10.5 million, all of which is fully guaranteed. There is a team option for an additional two years as well. The 49ers must pick up that option by the 17th week of the 2020 NFL season. Doing so would guarantee Gould $2.25 million in 2020 and $2.25 million in 2021.

Gould’s setup is an interesting one: he was cut by the Bears several years back after serving as a fairly reliable option in Chicago for 11 years. He landed with the Giants for a hot minute and then ended up in San Francisco, where he has made 96 percent (!) of his field goals over the last two seasons.

Meanwhile, the Bears have collectively made 72 and 76 percent, respectively, of their field goals in that stretch. Not great, Bob.

One of the bigger misses came from Cody Parkey, last year’s kicker who couldn’t convert a 43-yard field goal (technically it was blocked) to beat the Eagles in the playoffs and found himself cut after a controversial offseason featuring his GM getting upset that he went on morning talk shows.

Chicago still doesn’t have a kicker in place! It’s almost training camp time. The Bears can sort through it and potentially land someone before the season starts. There’s a major ex-wife thing going on with Gould here, though — every time he buries a big, late-game kick and a Bears kicker misses one, people are going to talk about him in Chicago.

And it was almost a thing, too, because it appeared as if Gould wasn’t going to be willing to hang around San Francisco.

The 49ers placed the franchise tag on Gould this offseason, making him the highest-paid kicker in football instantaneously. One problem: he didn’t want to be in San Francisco and eventually refused to negotiate with the 49ers at all.

Shortly before the draft, Gould announced he would be refusing to negotiate with the 49ers and he was demanding a trade. His family was in Chicago, he was living in San Francisco. Connect the dots.

“The bottom line is, I’m unsure if I want to play there anymore,” Gould told Adam Schefter of ESPN. “At this point, I have to do what’s best for me and my family back home.”

Gould described the situation as “complicated” and made it pretty clear he wanted to reunite with the Bears.

That won’t be happening with this new contract