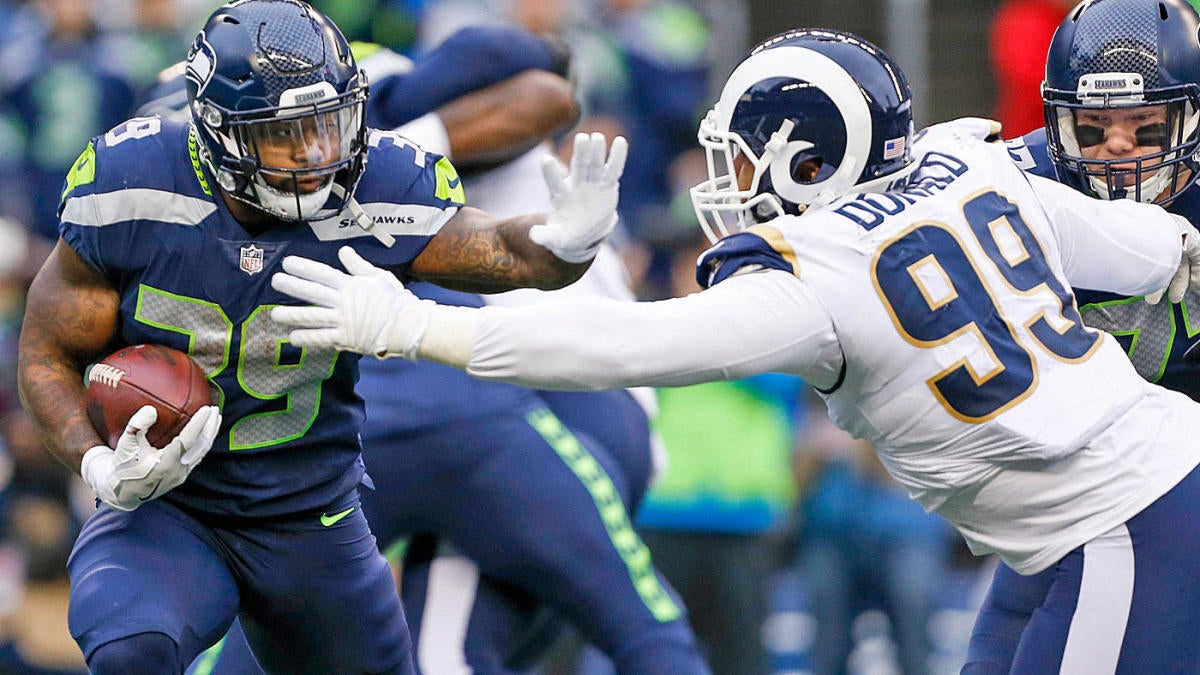 Last year the folks at EA Sports established the “99 Club” for Madden ratings, handing out a perfect rating to a select number of players. Last season saw seven players highlighted with the perfect rating, including Patriots teammates Tom Brady and Rob Gronkowski. This year, the club is even more exclusive than before, as there are only four such players being put on the wall.

And they are literally on the wall: a mural was created out in Los Angeles honoring the four members of the “99 Club” for this year, with Aaron Donald (the only repeat player), Bobby Wagner, Khalil Mack and DeAndre Hopkins being prominently featured in some legit street art.

Artist Jaime Guerrero created the mural, located at 2270 Venice Blvd in L.A. You can see a timelapse construction of said mural here:

The NFL social media account “@TheCheckdown” was dropping hints as to who might be on the mural leading up to the release. Let’s dive into the four of them and debate whether they belong.

The only repeat guy on the list as noted above, Donald is an easy choice. Take positional value out of play and he’s the best player in football. He led the league in sacks from the defensive tackle position last year. Wade Phillips has somehow unlocked more of his potential. Donald is a destroyer of worlds in terms of the pressure he creates on the interior. He’s at the peak of his powers. Rating him anything lower than a 99 would be a classic case of voter fatigue. Donald has a 99 strength rating and a 90 acceleration rating.

The EA Sports folks like to try and divvy up the 99 ratings where possible. But they went one offensive and three defensive this year, which was a little surprising. Wagner is worthy of the rating though: he produced his third-straight All-Pro season in 2018 and has emerged from the Legion of Boom years as the face of the Seahawks defense in its second wave. He’s so consistent. He piles up tackles every year and stuffs the stat sheet all around. He passed Luke Kuechly as the inside linebacker in football over the past year.

I wrote Raiders to start! Whoops. Mack was a force last season after being traded from Oakland to Chicago, warranting discussion for not just DPOY but MVP as well for stretches of the season. He produced 12.5 sacks for the Bears and was a dominant player against the run. His speed rating is 87. Yikes.

After piling up numbers for Houston with some bad quarterbacks, ‘Nuk was finally unleashed with the addition of Deshaun Watson and the results have been impressive over the last two years. Hopkins has been an animal and has a great case to be the best wide receiver in football, included among a very good group of players like Julio Jones, Antonio Brown and Odell Beckham (among others). I have zero problem putting him 99 here — EA gave him a 99 catch rating, 99 catch in traffic, 99 release and 99 jump. Good gravy. 92 speed and 91 juke move with 93 acceleration. Hopkins is a terror in this game and in real life.

DeMar DeRozan addresses free agency: ‘The ultimate goal is always to compete for a championship’