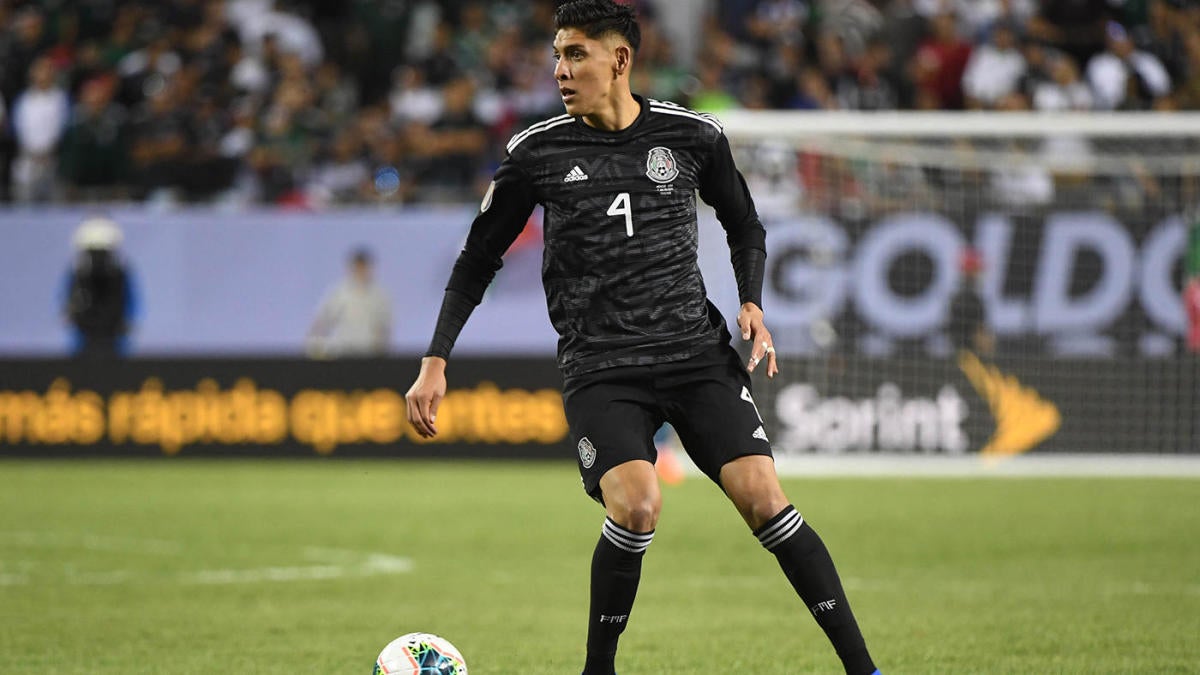 The summer transfer window continues to heat up with teams continuing to build their squad for the upcoming season, while those in the middle of their season hope to get a leg up on the competition with impact signings. Here’s a look at the biggest transfer rumors of the day from the world of soccer for Monday, July 15.

Mexico national team star defender Edson Alvarez is heading to Ajax, according to a source close to the player. First reported by Dutch outlet Telegraaf, the two clubs have reached an agreement over the transfer, and he’s expected to sign a five-year deal. The 21-year-old can play defense or serve as a defensive midfielder. He played his first professional game for America in 2016, and after debuting with the Mexico U-20 team in 2017, he got his first call up to the senior national team.

A versatile player, Alvarez can also play fullback and is sharp with the ball at his feet. Ajax is expected to lose star defender Matthijs de Ligt this summer to Juventus. He would joined talented young Argentine defender Lisandro Martinez, who just signed for Ajax from Defense y Justicia.

Alvarez was part of the Mexico team that just won the 2019 Gold Cup, beating the United States 1-0 in the final.

England’s The Daily Mirror reports that Arsenal coach Unai Emery is keen on signing Brazilian star Everton, who stood out for Brazil at the 2019 Copa America. The Gremio star is one of the top young players in South America, and the Gunners want him to boost their creativity in attack, but the report says that AC Milan and Atletico Madrid are also interested.

The 23-year-old has 49 goals in 210 matches for Gremio while being capped 12 times by Brazil, scoring three times at the Copa America to finish as the top scorer along with Paolo Guerrero. He won the 2017 Copa Libertadores with Gremio.

A left winger who can also play forward, it’s tricky to see how he’d fit into an Arsenal team that plays with two forwards in Alexandre Lacazette and Pierre-Emerick Aubameyang. If he does land at Arsenal, we could see a formation change for Arsenal to a 4-3-3 with Everton on the left, and either Aubameyang or Lacazette on the other wing, with the other playing as striker.

While it remains to be seen if he makes the move to Europe, one thing is sure — he’s got more than enough talent to dominate there.

Atletico Madrid, Napoli battling it out for James

James Rodriguez appeared destined for a move to Napoli, but now it looks like he could very well stay in Spain. According to ESPN, Atletico Madrid is interested in the Real Madrid man. Bayern Munich declined a $47 option to sign the Colombian international this summer, and a move away from Real seems certain.

Napoli coach Carlo Ancelotti had James at Real Madrid and Bayern Munich, and he could provide a boost to the attacking creativity of the Serie A side, but Atletico Madrid has made contact with the player and could be set to bring him across Madrid to rejuvenate a squad that has lost Antoine Griezmann to Barcelona, Rodri to Manchester City and Diego Godin to Inter Milan.

With Rodri gone especially, Atletico could use a stable player in the center of the field to create and hold on to the ball. Atleti and Real have done plenty of business together over the last few years, so this certainly seems like a possibility.

Dutch central defender Matthijs de Ligt seems headed for Juventus, but that isn’t stopping Barcelona from trying to sign the rising star. According to Mundo Deportivo, Barca has made a last effort to sign the Ajax man, hoping to convince him to move to Spain and join former Ajax teammate Frenkie de Jong. Gazzetta dello Sport says Juve and Ajax have come to terms on a deal and that the player is set for a medical in Turin, but Barca hopes it can stop the move in its tracks and convince him.

De Ligt’s monster campaign for Ajax last season has put him at the top of the list for nearly every major European club with Juve expected to win the race.With inconsistency in central defense, Barca could use a player like de Ligt to lead the back line for the next decade plus, though it is going to be quite the challenge to get him to turn down a move to Juve, where he would see plenty of time on the pitch with an aging central defense.

Galaxy landing ‘Chicharito’ fills a hole on and off pitch