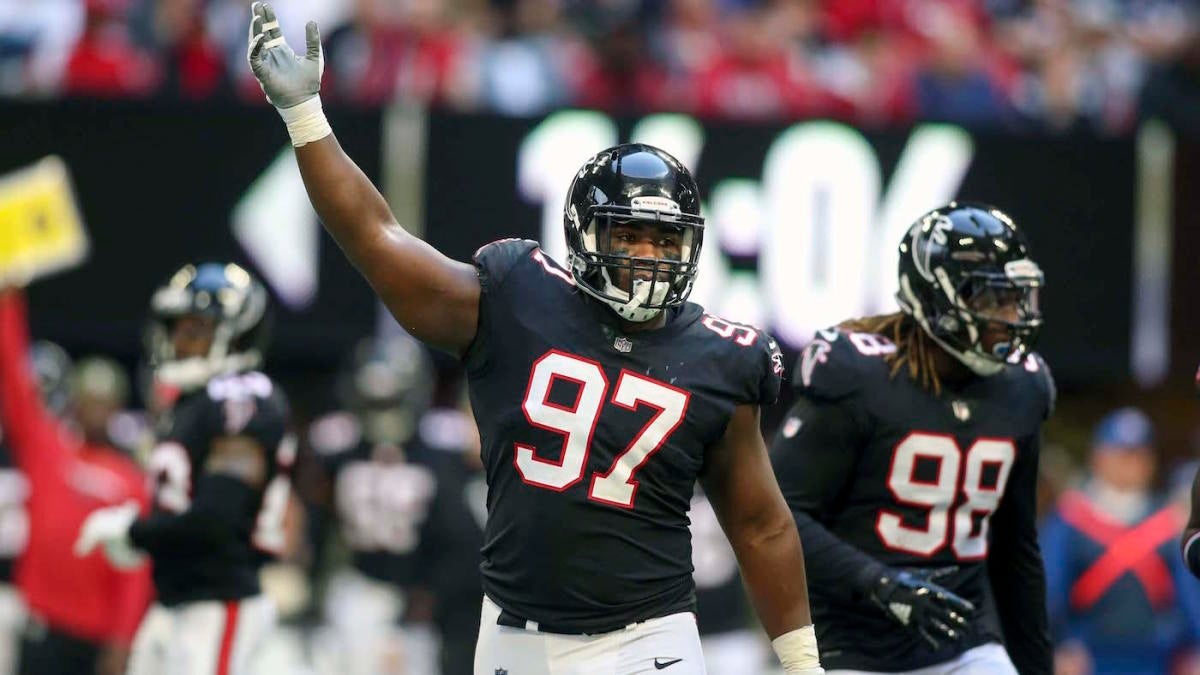 Deadlines tend to spur action. Such was the case with the Falcons and defensive tackle Grady Jarrett as the deadline to reach a long-term agreement neared on Monday.

Just over an hour before the franchise tag deadline, the two sides agreed to a four-year deal that will pay Jarrett $68 million, according to ESPN’s Adam Schefter. Instead of playing under the lucrative but one-year franchise tag, Jarrett is now one of the highest-paid interior defensive linemen in football, behind only Fletcher Cox and Aaron Donald, as Schefter noted.

It seems like a fair deal for both parties. There’s no doubt that Jarrett isn’t as good of a player as Donald, but he’s one of the best interior defensive linemen in football, even if he doesn’t have Pro Bowls or double-digit sack figures on his resume.

Taken in the fifth round of the 2015 draft, Jarrett has exceeded all expectations to this point in his career. Since entering the league, he’s played in 61 of 64 possible games, notching 14 sacks, 40 quarterback hits, three forced fumbles (all of which came in 2018), and 179 combined tackles. He’s adept at both stopping the run game and getting after the quarterback. Pro Football Focus gave him the fifth-highest grade among all interior defensive linemen last season. He ranked 70th on CBS Sports’ Top 100 list that just happened to be released earlier on Monday.

With Jarrett under contract through the 2022 season, the Falcons now have long-term team control over most of their core as they eye getting back to the Super Bowl.

They also might not be done handing out extensions. Either Julio Jones or Deion Jones could be next.

Now that the Falcons have reached agreement on a $68 million deal with Grady Jarrett, Atlanta is turning its attention to LB Deion Jones. Falcons and Jones’ agent, Drew Rosenhaus, scheduled for face-to-face negotiations in Atlanta on Wednesday, per source. Another deal in works.

With DT Grady Jarrett locked up for the next four years, the #Falcons will turn their attention to a deal with WR Julio Jones. That might take a while, I’m told, but it’s now their most pressing priority. Jones has said publicly he believes in owner Arthur Blank getting it done.

The Falcons can’t really afford to let either of those two players go, just like how they couldn’t afford to let Jarrett become a free agent. They’re coming off a 7-9 season largely because of injuries, but also because their defense was unable to play up to an acceptable level. By DVOA, the Falcons had the second-worst defense in football last season. Imagine how much worse they would’ve been without their best defensive lineman.

Engineering a defensive turnaround is the key to the Falcons’ upcoming season. They can’t engineer that turnaround without Jarrett anchoring the defensive line, which made signing him to a long-term deal a no-brainer. The Falcons need good, young players on defense. That’s exactly what Jarrett has been and will likely continue to be over the course of his contract.