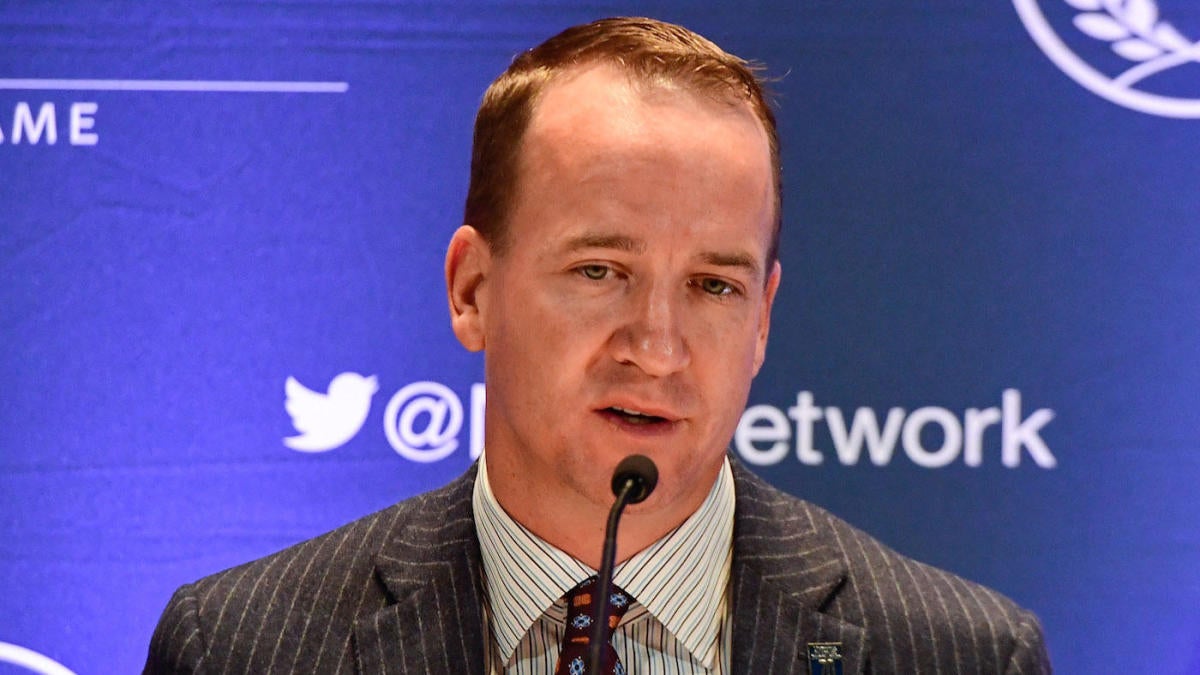 With Peyton Manning heading into his fourth season of retirement, there were a lot of television executives out there hoping that this would finally be the year that he was ready to take a job calling NFL games.

As a matter of fact, ESPN was so determined to land Manning for their “Monday Night Football” job this year that two executives flew to his home in Denver this offseason to try and convince him to take the gig, according to the Hollywood Reporter.

In the end, Manning made the decision to turn down every broadcasting job he was offered this year, including the Monday night role at ESPN. Although Manning has confirmed that he won’t be calling NFL games this year, he never really explained why he didn’t want an NFL broadcasting job. However, it appears we now know the reason.

“If he ever decides [Monday Night Football] is something he wants to do, it’s going to be after Eli has finished his career and he gets a little bit further from his era of playing and maybe some of his teammates have moved on, too,” a source told Yahoo. “It would have been a tough position for him this season, with the Giants [and Broncos] being on the schedule. There is a lot of loyalty there for him and I don’t think he’d ever want to be in a position where he’d be conflicted about his analysis.”

On Eli’s end, the Giants are scheduled to play two Monday games this year (Week 9 vs. Dallas, Week 14 at Philadelphia) and it’s easy to see why he wouldn’t be comfortable in that situation. Eli has come under fire in New York and there’s a good chance the Giants could be stuck in the middle of a quarterback controversy by the time either of those games come up on the schedule.

As long as Eli and his former teammate’s are still in the NFL, it appears that Peyton is going to stay as far away from the broadcasting booth as possible. During an interview at the Manning Passing Academy in June, Peyton also made it pretty clear that he enjoys the fact that he’s allowed to root openly for his family and friends.

“It’s great to have someone that you’re so close to, that you feel invested in, to watch [Eli] play and compete,” Manning said, via Yahoo. “I know when Eli stops playing, it will be different, because when you have a brother, you feel a part of it. I pull hard for Eli. I keep up with the coaches, guys like Adam Gase, who I played for, [and] players, like Emmanuel Sanders and Von Miller, that I played with. Anybody that you have a connection to, you feel that connection when you watch him play in person or on TV. So I’ve been real proud of Eli and I’m looking forward to watching him play this year.”

In the same interview, Manning left the door open for joining the broadcast booth in 2020, but of course, that would only happen if Eli were to retire.

“I’ve talked to a number of the TV people,” Manning said. “I’ve talked to them, I’ve listened, and I just said at the time, it’s just not the right time for me. Next year, maybe it will be. And next year, the ship sails sometimes and they may say, ‘We’ve already moved on.’ That’s the way it is.”

The fact of the matter is that if Peyton ever wants to work in broadcasting, he’ll easily be able to get a job, so in reality, he can milk this thing out as long as he wants.