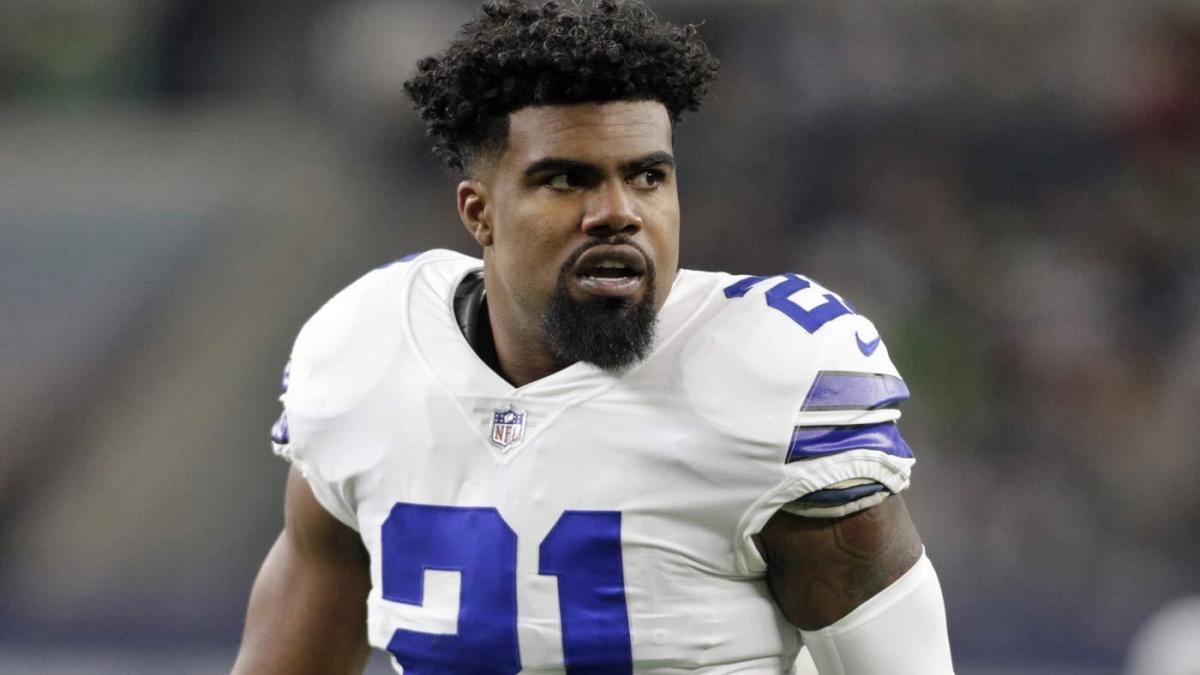 Ezekiel Elliott’s legal team is firing back at the security guard who decided to press charges against the Cowboys running back on Saturday.

The charges were filed by Kyle Johnson, who was allegedly shoved into a guardrail by Elliott back in May. According to Elliott’s attorneys, Scott Rosenblum and Jason Lampert, the charges have no merit and Johnson is simply trying to extort the Cowboys’ star.

“Over the course of the past several weeks, Mr. Elliott has been the target of extortion,” Elliott’s legal team said in a statement. “Kyle Johnson’s filing of a criminal complaint against Mr. Elliott in connection with the Las Vegas incident is the latest attempt to do so. Mr. Elliott and his team are in contact with all of the proper authorities and are fully cooperating with them in their investigations.”

With accusations now being thrown around on both sides, there’s a good chance this case is still going to be hanging over Elliott’s when the Cowboys report for training camp on July 26. Although Johnson has pressed charges against Elliott, that doesn’t mean the Cowboys running back is any trouble just yet. The case will have to be investigated by the Las Vegas Metropolitan Police Department, who will then decide whether or not Elliott should be officially charged with a crime.

The bad news for Elliott is that even if police determine that Johnson tried to extort Elliott, the Cowboys running back could still be charged with battery, because extortion wouldn’t necessarily mean that a crime wasn’t committed when Elliott allegedly knocked Johnson into a guardrail.

The skirmish took place in the early morning hours of May 19 at the Electric Daisy Carnival. In a video that was released by TMZ, Elliott appeared to bump Johnson and knock him back into a guardrail. After the incident, Elliott was briefly handcuffed, but he wasn’t arrested or charged.

According to Johnson, he was just trying to keep Elliott out of a restricted area.

“I put my hands up and said, ‘hey Zeke, you’re a big man, you’re in the NFL‘ that’s all I said to him before he came up to me, bumped me and then shoved me over a metal railing,” Johnson told Fox-5 in Vegas this week.

At first, Johnson just wanted an apology from Elliott, and although one eventually came out, Johnson didn’t feel that it was sincere.

“Just very unsympathetic,” Johnson said of the apology. “Like, ‘I have to do this, I’m being forced to do this. I don’t want to be here right now’ kind of thing.”

Not only did Elliott apologize in person, but he also later released another apology on his Twitter account. Johnson definitely wasn’t a big fan of the apology he got in person.

“It wasn’t a sincere apology,” Johnson said, via KCBS. “He didn’t maintain eye contact. It didn’t seem sincere at all.”

One of the reasons Johnson decided to press charges is because he feels like the NFL let Elliott off the hook. After a meeting between Roger Goodell and Elliott, the league announced on July 3 that the Cowboys running back wouldn’t be facing any sort of suspension from the incident due to the fact that Elliott didn’t violate the league’s personal conduct policy.

“To not have anything happen to him, the NFL is basically saying it’s OK to go to Vegas, get obliterated and shove people over fences,” Johnson said.

Elliott’s fate will now be in the hands of the Las Vegas Police Department. The only good news for Elliott is that the NFL has already promised not to suspend him, which means no matter what the LVPD decides, he likely won’t face any punishment from the league unless some new evidence comes to light.