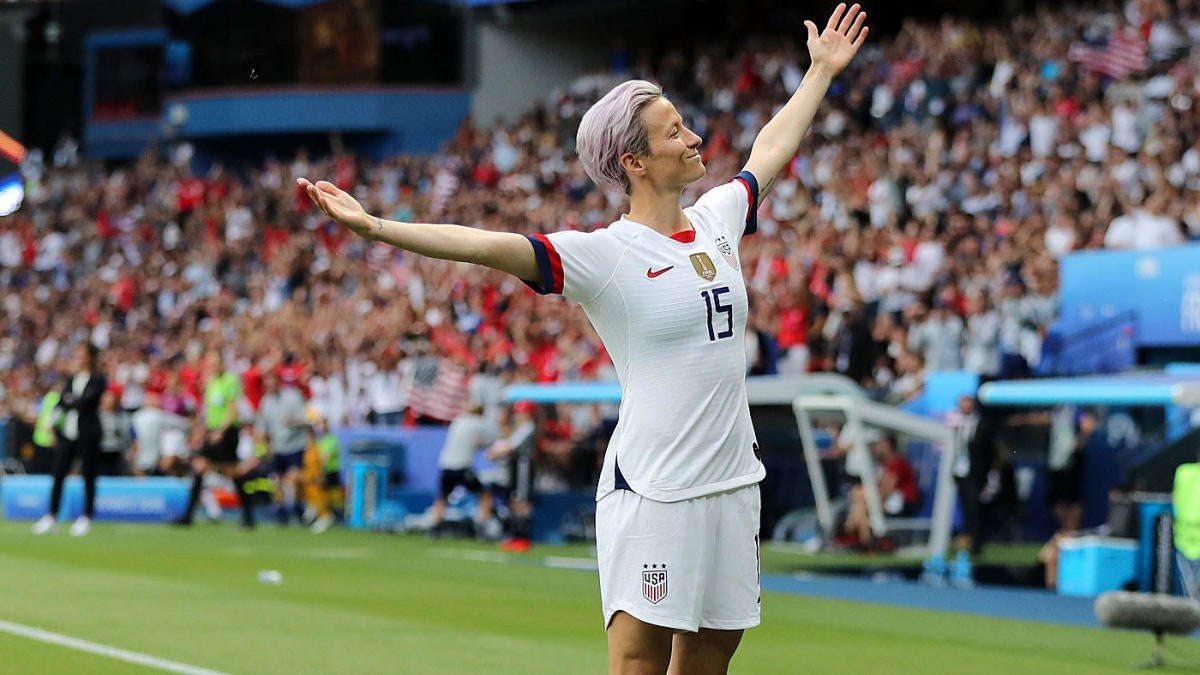 The United States Women’s National Team is fresh off a World Cup win, a championship parade and winning awards, but now it was time for them to go back to their home cities.

The celebration tour is not over yet however, with many players making appearances at other games and local places as well.

Star and co-captain Megan Rapinoe has probably not slept much since the team’s victory, and her return to Seattle was no different, as she  seemed to ‘claim’ responsibility for the earthquake that shook the Seattle area.

The 34-year-old was in attendance at the Seattle Storm game on Friday, alongside Seattle guard and partner Sue Bird.

The world champ gave the fans what they wanted, showing off her iconic pose at the game.

Midfielder Samantha Mewis, from Massachusetts, and goalkeeper Alyssa Naeher, from Connecticut, headed to Fenway Park to throw out the first pitch at the Red Sox-Dodgers game, a rematch of the 2018 World Series.

The two world champions joined the likes of the defending World Series champions, throwing out strikes to Chris Sale and Rick Porcello.

Emily Sonnet had arguably the best visit home, or at least the most appetizing, with a trip to the Waffle House. Her visit was complete with a jersey swap.

The breakfast spot served up a meal fit for a champion.