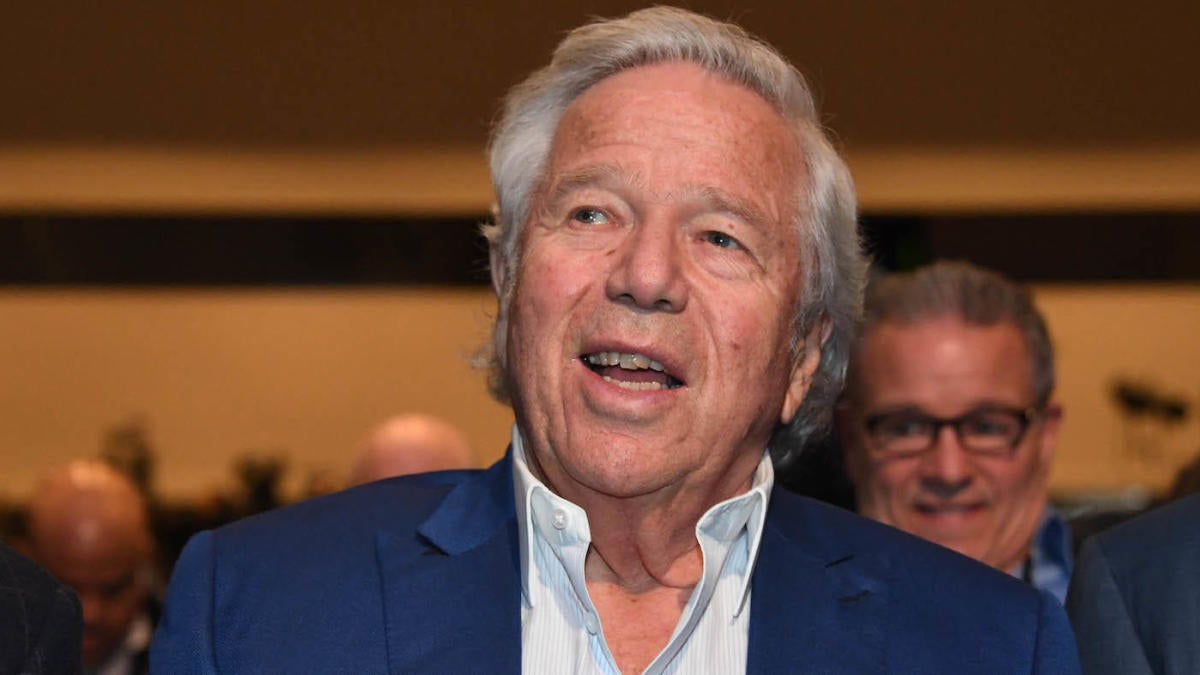 It’s been over five months since the Patriots won Super Bowl LIII, and in case you haven’t noticed, they still haven’t visited the White House.

Although it’s starting to look like that visit isn’t going to happen, one member of the organization did make a trip to the White House this week and that was Patriots owner Robert Kraft.

During a dinner on Monday hosted by Department of the Treasury, Kraft was seated at the same table as President Donald Trump. The dinner was held in honor of Sheikh Tamim Bin Hamad Al Thani, the Emir of Qatar.

When it comes to NFL owners, the dinner was basically a Super Bowl reunion. Not only was Kraft seated at Trump’s table, but so was Rams owner Stan Kroenke. In the photo below, Kraft is the second person on Trump’s right, while Kroenke is seated just in front of the American flag on your left.

The fact that Kraft showed up for the dinner is mostly notable because the Patriots still haven’t visited the White House to celebrate their Super Bowl, and at this point, it’s highly unlikely a visit will happen.

During their first five Super Bowl wins, the Patriots made their White House trip in either April or May, with four of their trips coming in April and one coming in May.

So why won’t it happen? Well, putting together a visit in July is almost impossible, and that’s because most players try to sneak in a vacation before the start of training camp. After that, once training camp starts, there’s almost a zero percent chance that Bill Belichick would let his team leave to visit the White House.

The Patriots could try to sneak in a visit during their Week 5 game in Washington, but that’s highly unlikely. To Belichick, anything that’s not football is a distraction and visiting the White House in the middle of the season would probably qualify as a distraction.

If the Patriots don’t end up making the trip to the White House, they won’t be the first NFL team to miss out on the visit.

The White House trip became an annual tradition starting in 1987, and since then, there have been five teams that never made it to DC, and those missed visits came under four different presidents. According to the Undefeated, the Giants didn’t get to visit with George H.W. Bush after winning Super Bowl XXV. During Bill Clinton’s presidency, the Broncos and Rams didn’t get to visit with him after winning Super Bowls XXXIII and XXXIV. During the eight-year presidency of George W. Bush, only one team didn’t get to make a White House trip and that was the Buccaneers, who won Super Bowl XXXVII.

The most recent team to not visit the White House was the Eagles, who didn’t make the trip after beating the Patriots in Super Bowl LII. Trump rescinded the Eagles’ invite after the team told him that less than 10 players had committed to going.

As for the Patriots, they definitely have an open invite. According to Politico, Trump told his aides in March that he wanted the Patriots to visit and he especially wanted to make sure that Kraft would be a part of the team’s traveling contingent. Kraft didn’t show up with his team, but he did finally make his way to the White House this week.