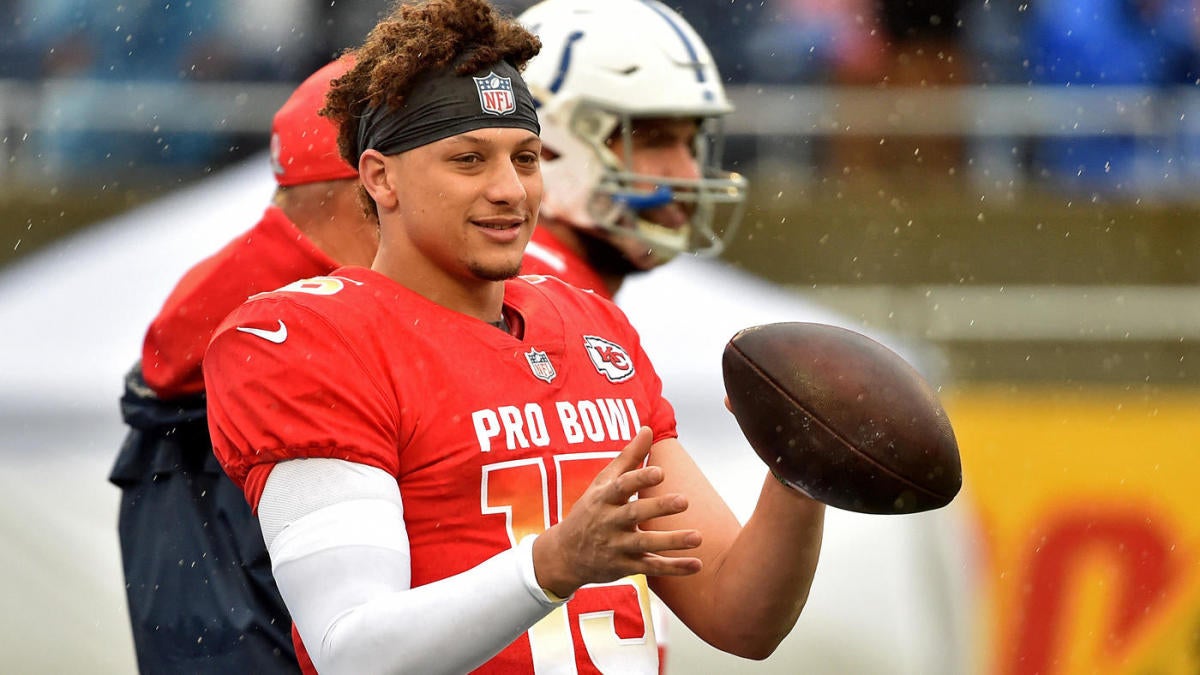 Bill Belichick once said that Patrick Mahomes has the arm strength to throw it out of a stadium, and as it turns out, he wasn’t exaggerating at all because Mahomes actually threw a football out of a stadium this week.

If you’re wondering how crazy this throw was: The height of the Chiefs scoreboard is 260 feet, which means this pass reached a height of roughly 86.7 yards. Do not try to do this at home, because if you did, not only would you fail, but you would likely tear your rotator cuff trying to make this throw.

The throw was so crazy that it even impressed Travis Kelce, which is saying a lot, because Kelce has seen Mahomes make some ridiculous throws.

With this throw, the legend of Mahomes’ arm strength continues to grow. Mahomes arm is so strong that Belichick was basically fawning over it when he was asked about the Chiefs quarterback before the Patriots played Kansas City back in October.

“[He’s] got a great arm, got a fabulous arm, can throw the ball out of the stadium,” Belichick said at the time.

If you’re wondering how strong Mahomes’ arm actually is, the quarterback believes that he could throw a football 100 yards under the right conditions. Due to his arm strength, Mahomes has been challenged to a throwing contest multiple times this offseason. The first challenge came from Bills quarterback Josh Allen, who also has a cannon for an arm. The second and most recent challenge came from Odell Beckham, who wowed a lot of people earlier this week when he threw a ball roughly 80 yards while practicing at UCLA’s facility.

After making his throw, not only did Beckham challenge Mahomes, but he also challenged Aaron Rodgers to a “throw off.”

If the NFL decides to cancel the Pro Bowl next year to hold a throwing challenge between Mahomes, Beckham, Allen and Rodgers, I don’t think anyone would be mad.