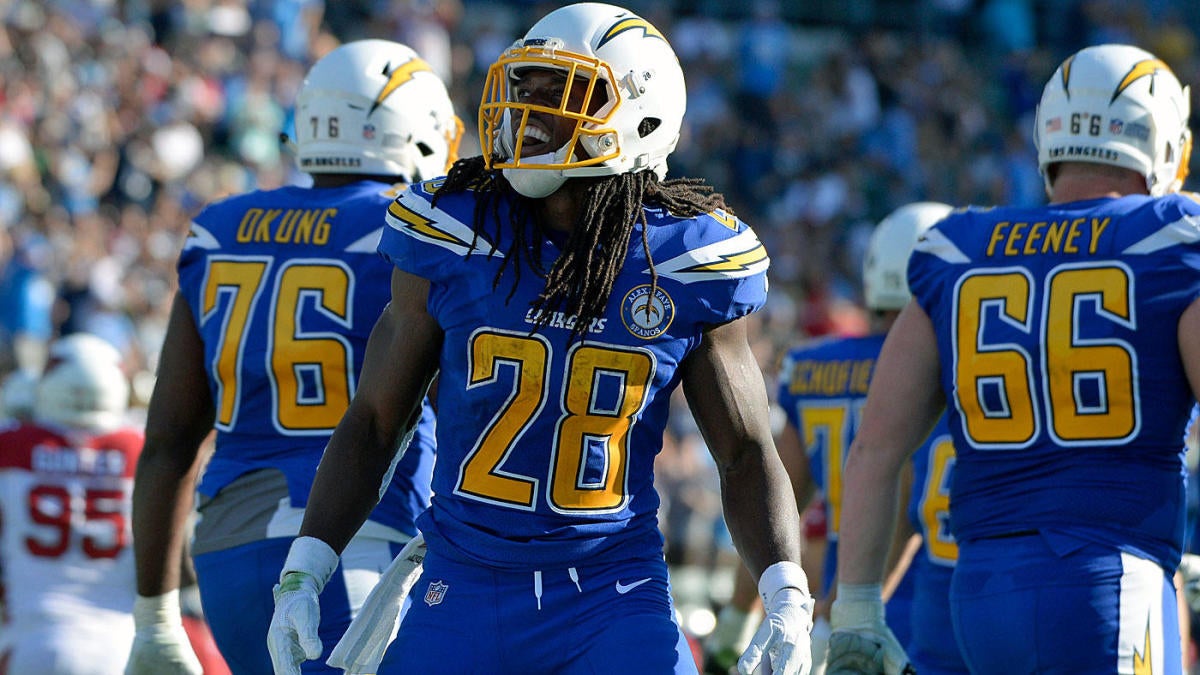 Melvin Gordon will make $5.6 million in 2019 in the final year of his rookie contract. But with training camp just weeks away, the Chargers running back has informed the team that unless he gets a new deal he won’t report and will demand to be traded, his agent Fletcher Smith told ESPN’s Adam Schefter.

In terms of average annual salary, Gordon ranks 27th among running backs, sandwiched between Rashaad Penny and Damien Williams. Despite missing four games due to injury, Gordon’s 2018 season was his most efficient, at least according to advanced metrics; he ranked third among all backs in value per play and was fifth in total value. Looking at conventional stats, Gordon had 885 rushing yards, averaged 5.1 yards per carry and had 10 rushing touchdowns. He also added 50 receptions for 490 yards and four more scores.

In June, Gordon said he was looking for a new deal, sooner rather than later.

“I’d be lying if I said I didn’t want a deal done,” the back said from mandatory minicamp, via ESPN.com. “But that’s not going to stop me from coming out here and doing what I need to do. We’re going to see. I would like to go out there and have it done. We’re talking right now, and that’s kind of where I’m going to leave it.”

He was also asked about possibly not playing in 2019 without a new deal.

“I don’t know, man,” Gordon said last month. “I’m just trying not to talk about it. If it’s going to happen, it’ll happen. When it does, I’m pretty sure you guys will know.”

Gordon was one of the NFL’s best backs last season but he also plays a position that has been devalued in recent years. Todd Gurley is currently the league’s highest paid running back but there are concerns that a knee injury may lessen his workload in the future. And Le’Veon Bell, who is second in salary after Gurley, sat out the 2018 season because he didn’t like the Steelers‘ offer and ended up taking less from the Jets in March. Gordon understands all this.

“It’s an issue with everybody else,” he said. “But I know my value. I know what I bring to this team, and I’m sticking with that. Todd [Gurley]’s paid, so Todd don’t care what anybody says right now — him or David Johnson — they can say what they want to say. They signed the dotted line. But unfortunately I haven’t yet, so I’ve got to take the heat for some of the stuff that they’re going through. But I’m not them, and like I said, I know my value.”

The Chargers have Austin Ekeler and Justin Jackson on the depth chart but not much else. It’s worth noting that the Chargers didn’t draft a running back though they must have known Gordon would want a new deal.