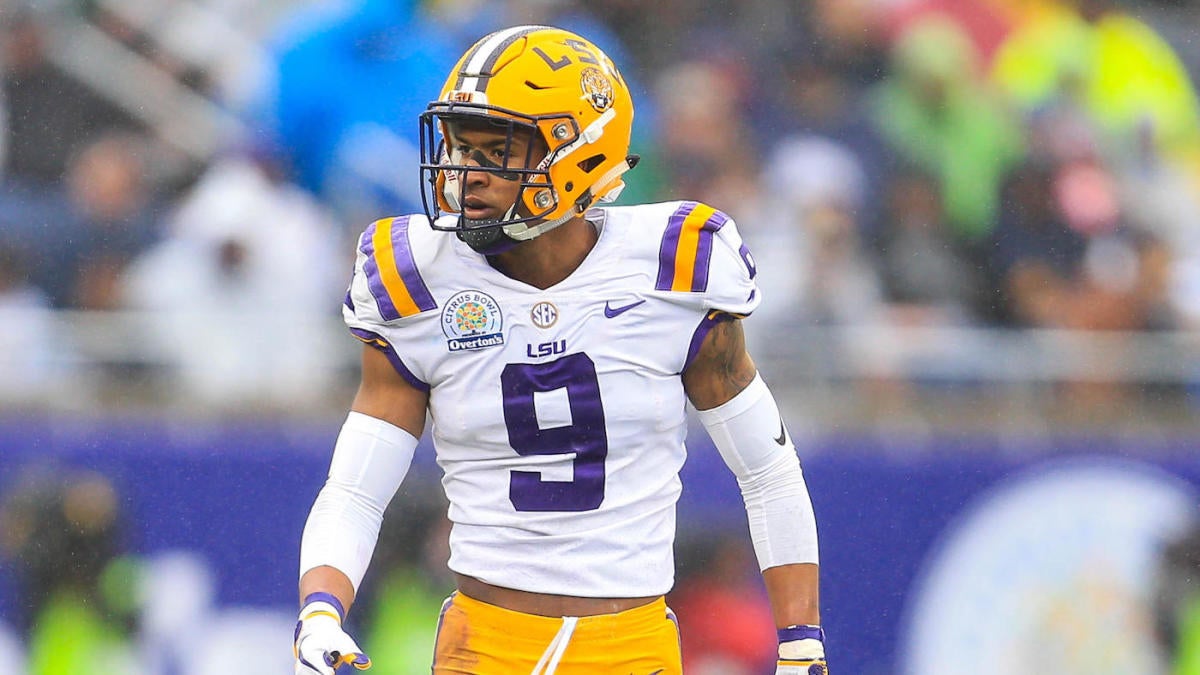 With the reigning MVP Patrick Mahomes leading the Chiefs, a playoff-caliber team in the Chargers, and new-look clubs in Denver and Oakland, the AFC West is primed to be one of the most competitive divisions in football this season. But none of the teams are without flaws and roster holes that’ll need to be addressed after the 2019 campaign.

Our series concludes today with the AFC West.

As a sophomore in 2018, Adebo erupted with 17 pass breakups and four interceptions. Listed at 6-foot-1 and 189 pounds, Adebo has immense length and knows how to use it to his advantage in press coverage and when the ball is arriving. He’s more of a smooth mover than he is twitchy and has good downfield speed.

Adebo put his length, awareness, ball skills, and athleticism on display on this pass breakup in the win over Oregon last season with the game on the line:

Kansas City will head into the 2019 season with one of the least-impressive cornerback groups in the NFL. Bashaud Breeland’s been wildly inconsistent in his NFL career, Kendall Fuller has flashed, but behind them are a collection of bottom-of-the-roster talents.

While the Chiefs did finish 12th in Football Outsiders’ pass defense DVOA in 2018, much of that had to do with their pass rush. Justin Houston and Dee Ford are gone. Frank Clark is in. Regardless of how good or bad the pass rush is this year, Kansas City must address the cornerback position early in the 2020 Draft. Adebo would fit the bill as someone who can routinely face the top target of other teams on the outside.

An injury kept Shenault from playing a full season in 2018, but he dazzled when he was on the field with 86 receptions for 1,011 yards and six receiving scores in nine games as well as 115 yards on the ground on 17 rushes and five more touchdowns.

The 6-2, 220-pound Shenault has enough speed to stretch the field but is best working as a running back after the catch.

Lined up near the top of the screen on the numbers on this play, watch as Shenault hits the breaks to come back to the football, makes the reception, bounces off a defender, and accelerates down the field:

While Keenan Allen’s the borderline superstar and former first-round pick Mike Williams emerged down the stretch in 2018, Tyrell Williams was a steady and important aspect of the Chargers’ passing game last season. He averaged a gigantic 10 yards per target and just under 16 yards per catch.

With Williams gone, Los Angeles is left with Travis Benjamin to fill that role, and while he has the speed to do so to a certain degree in 2019, he’s coming off a 12-catch, 186-yard season last year, and he’ll be 31 in 2020. The Chargers are probably going to want to add another receiver to squeeze as much out of the end of the Philip Rivers era.

Moses showed signs of his massive potential as a true freshman then became the best linebacker on Alabama’s defense in 2018. His athleticism pops in every game, and in true Crimson Tide linebacker form, he consistently lays the lumber.

Moses had 86 tackles, 10 tackles for loss and 3.5 tackles for loss last season. He’s more impactful against the run right now but undoubtedly has the movement ability to eventually thrive in coverage with more experience.

While he wasn’t blocked on this tackle for loss against Tennessee, it’s meant to highlight his explosiveness, smoothness when changing direction, and closing speed:

Jon Gruden and Mike Mayock have done an admirable job addressing Oakland’s myriad of needs this offseason but the linebacker spot was a patchwork job, with veterans Brandon Marshall and Vontaze Burfict signed to one-year deals. Behind those two are Tahir Whitehead, a full-time player last season who was more of a liability than an asset, and youngsters Marquel Lee and Jason Cabinda.

I actually liked Cabinda during the pre-draft process a year ago, and he flashed on 15.9 percent of the defensive snaps as a rookie. But chances are the Raiders will want a high-caliber talent at the linebacker spot as they head to Las Vegas.

Delpit was the No. 9 safety recruit in the country in the class of 2017, per 247 Sports, and he’s been the best young safety in college football since arriving in Baton Rouge. As a true freshman in 2017, he made 60 tackles, broke up eight passes, snagged a pick, and had 3.5 tackles for loss. Last season, Delpit upped all his figures. He had 74 tackles, five picks, 9.5 tackles for loss, three sacks, and nine pass breakups. Stat-sheet filler.

A smart, aggressive blitzer and an above-average athlete for his 6-3, 203-pound frame, Deplit is best close to the line of scrimmage but can make plays on a regular basis at the short and intermediate levels in coverage and the occasional big play down the field.

For an illustration of his tremendous instincts, watch as Delpit — aligned as the safety near the bottom of the screen — reads the shallow crosser on this play against Arkansas then darts to the intended target to break up the pass:

Both starting safeties in Denver, Justin Simmons and Will Parks, are set to hit free agency in 2020, and after a strong start to his career, Simmons put on a lackluster performance in 2018. Parks is a quality player.

The Broncos are severely lacking depth behind those two and with Simmons likely to hit the market after this season, unless he rebounds, they’ll need another starter next to Parks. Delpit looks like a modern-day safety with cornerback-esque coverage skills and the assertive style of a linebacker.