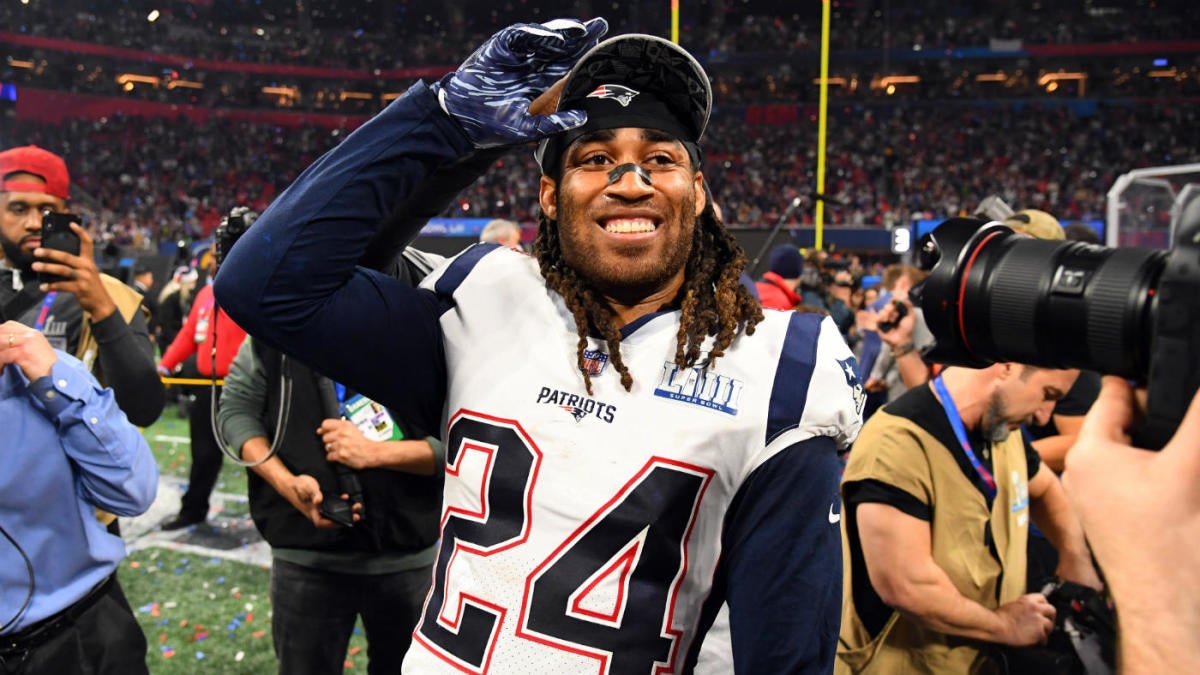 There are a select group of positions that generally get the big bucks and, thus, command the most attention in the NFL: Quarterbacks, wide receivers, offensive tackles, pass rushers and cornerbacks.

With paydays for interior stars like Aaron Donald and Fletcher Cox in recent years, it’s arguable that front-four power is even more valuable than cover guys these days — especially in light of how quickly and how often teams pass the ball. The game’s increased aerial focus has arguably also made it tougher to differentiate just which defensive backs are truly elite, because if Jalen Ramsey and Josh Norman are getting toasted semi-regularly, who’s to say any corners are shutdown material?

At any rate, we here at CBS Sports attempted to sift through the weeds and, continuing our daily tradition of previewing every position group in the NFL, collectively ranked the best cornerbacks and safeties as the 2019 season approaches. (Earlier, we brought you our top-10 rankings for quarterbacks, running backs, receivers, tight ends, offensive lines and linebackers.)

Below, you’ll find our top 10 cornerbacks and safeties, formed by votes from yours truly and the rest of our NFL staff. Again, these aren’t my own individual rankings, but rather a team effort.

We begin with the corners:

After going to two Pro Bowls and earning a five-year, $70 million extension from 2016-2017, Rhodes suffered a major drop-off in 2018, posting the lowest tackle (47), pass deflection (7) and interception (1) totals of his six-year career. He remains one of the NFL’s most physically imposing CBs, however, and publicly accepted coach Mike Zimmer’s criticisms this offseason.

Looks like we’re buying that Fuller’s breakout year was no fluke. After mixed results through his first four seasons, the former first-round pick stayed around the ball in 2018. While he surrendered plenty of yards, he also nabbed seven interceptions and logged 20-plus pass breakups for the second straight year. If he stays hot, Chicago’s “D” will remain a force.

Casual NFL fans might scratch their heads at this one, but the truth is that Howard is one of the flashiest names on the rise at the position — not to mention one of the richest, as of this May. He was rather boom or bust in 2018 but still matched Fuller’s seven picks in only 12 games. Another full 16-game slate could shoot him even further up the boards.

Two years removed from his Defensive Rookie of the Year campaign, Lattimore has taken a bit of a beating, enduring a rather pronounced sophomore slump for parts of 2018. Yet he remains one of the most gifted up-and-comers. After just two NFL seasons, he’s racked up 111 tackles, 30 pass breakups, seven picks and five forced fumbles in 29 games.

Depending on who you talk to, this guy is either supremely underrated or a touch overrated. He’s had three different seasons with zero interceptions and is coming off a 2018 campaign in which he not only had no picks or forced fumbles but deflected just eight passes. But he also allowed only 32 catches a year after finishing as Pro Football Focus’s No. 1-graded cover corner and two years after going All-Pro with seven INTs.

If there’s one youngster on this list who seems bound to ascend even higher, my money is on White. His numbers aren’t gaudy (six INTs in two years), but he’s been feisty and efficient since coming in as a rookie in 2017. Both his years in the NFL, QBs throwing his way have registered passer ratings no better than 75. He also allowed only 30 catches in 2018.

Is name recognition keeping him afloat, or is he still performing at a Pro Bowl level? PFF had him ranked as the No. 5 CB in 2018, touting his performance as something akin to a career year, so that should at least partially answer the question. Peterson has rarely been as much of a ball-hawk as his athleticism suggests, and he’ll miss six games under suspension to start 2019, but at age 28, he still justifies top dollar.

Starting with Harris, there was a tight race for the top spot, with a relatively sizable drop-off to Peterson. The longtime Bronco did most of his damage from the slot in 2018, but that doesn’t negate his value. The guy is still one of the best all-around DBs in the game, from his coverage versatility to tackling efficiency.

Like Lattimore, almost everything about Ramsey’s 2018 sophomore campaign was significantly worse than his rookie breakout. Still, it’s hard not to gush over the former fifth overall pick when he’s on his game. Few players — at any position — possess his level of swagger. Oh, and he’s pretty good at covering people, too, even after allowing more yards and catches as a second-year pro.

He doesn’t have the mouth of Ramsey or the pizzazz of Peterson, but Gilmore has quietly been an anchor on the Patriots’ championship defense since breaking out with the Bills. In his two years with New England, the eighth-year vet made up for just four combined picks with elite coverage grades, allowing a league-low completion percentage in 2018.

He’s 34, and the Ravens made him a cap casualty, but Weddle remains one of the better all-around players, not to mention locker-room leaders, at the position, grading out as PFF’s No. 10 safety in 2018. He’s also missed just three games the last nine seasons.

Like Weddle, he’s not the youngest — he’ll turn 32 in August. Unlike Weddle, he’s also rarely been a pick machine. Yet McCourty has been among the NFL’s most consistent, reliable presences in New England’s secondary, missing just five games in nine years and regularly ranking among the team’s tackle leaders as part of three Super Bowl runs.

The Packers are paying him to be borderline elite when, in reality, he’s probably just “pretty good.” Then again, that’s probably good enough for his No. 8 spot here when you look around the league. Even a repeat of his 2018 performance (73 tackles, 2 INTs) will really help Green Bay.

Like McCourty, he’s been doing it the right way for Super Bowl contenders for a while now. Jenkins’ turnover totals aren’t outrageous, but he’s good in the clutch, solid all-around and maybe the most versatile of this bunch. A model of both leadership and durability, he’s also probably the most underpaid of the group, especially considering …

Look, he’s not a slouch. Not by a long shot. But some people seem to think we’re still living in Fall 2017, when he logged a career-high five picks. That’s before he was absolutely torched in the 2017 playoffs, then slipped to a middle-of-the-pack coverage grade in 2018. Smith is rangy and likable — someone you definitely want on your team. But any higher would be a stretch.

If Jenkins deserves a bump, then Adams definitely deserves a bump. As you’ll see below, our crew had plenty of young guns to choose from, but this guy has been no joke through just two seasons. Although he’s got only one pick to his name, he’s been a rock for New York’s “D,” a wrecking ball with tons of remaining upside.

Notice how many hotshots at both CB and S hail from the AFC — eight of the top 10, including both positions. Byard is equally as promising as Adams, with a bigger reputation for takeaways. Can he keep up his early pace?

Khalil Mack gets all the love, but Jackson’s had such a huge hand in Chicago’s defensive turnaround. Six picks in 2018 don’t even tell the full story, but they begin to paint the picture: This guy is a playmaker, and even with an inevitable regression in his third year, he’s got the makings of a longtime stud for their secondary.

It’s clear our crew was not deterred by Thomas missing all but three games in 2018, or the fact he just turned 30. The longtime Seahawks star has always been among the game’s elite when healthy, and he was on pace for career-high numbers across the board before going down in his last outing.

The total package. Young. Huge. Productive. The 6-foot-2 enforcer couldn’t have had a more encouraging rookie season in 2018, teasing his sky-high potential with 105 tackles, 3.5 sacks and three picks. Graded out as PFF’s No. 5 safety, he’s still got lots of room to grow and figures to be the centerpiece of Los Angeles’ defense for years to come.