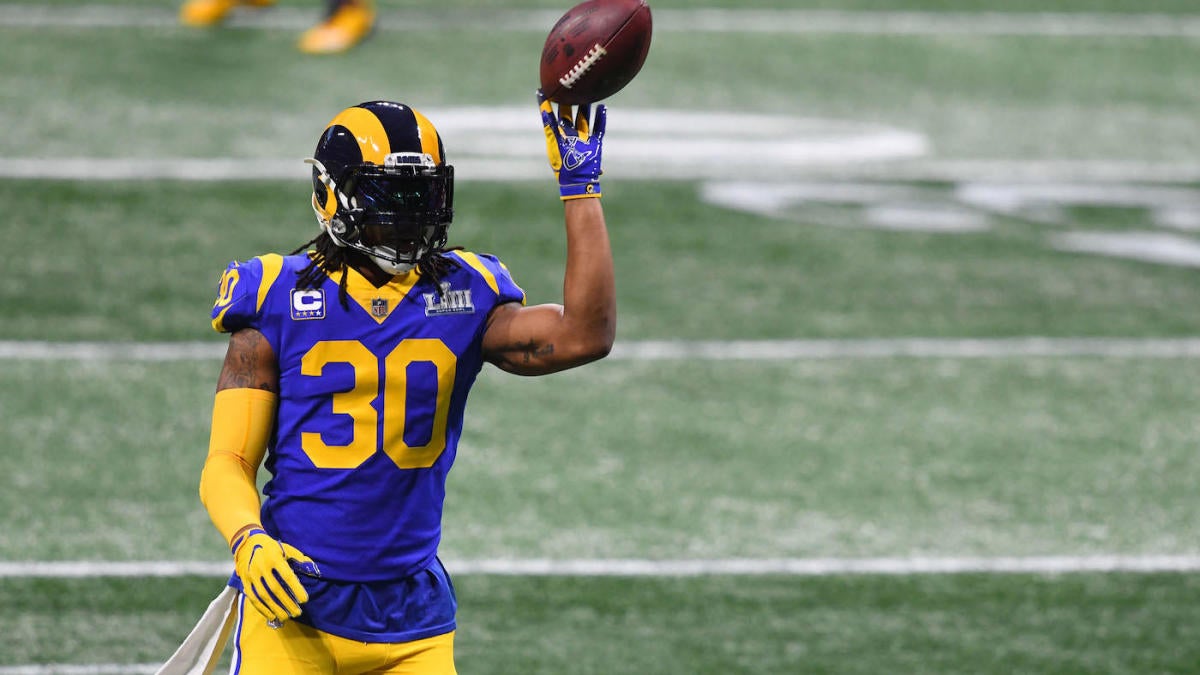 When he’s healthy and really rolling, Todd Gurley is arguably the best running back in the NFL. We’ve seen him dominate on the ground and through the air over the past two seasons, racking up 3,924 yards from scrimmage — nearly 700 more than the next-closest player despite the fact that Gurley has played in only 29 of 32 possible regular season games.

Of course, we know that Gurley has also had some issues staying healthy. He tore the ACL in his left knee during his final season of college, causing him to miss the first three games of his NFL career. And last season, Gurley dealt with issues in the knee throughout the regular season, but things really boiled over down the stretch and then in the playoffs, when he had to miss the final two regular season games and split carries during the playoffs — and he did not look like himself when he was out there.

CBS Sports’ Dave Richard reported this offseason that Gurley’s trainer said the running back is dealing with an arthritic component to his knee, which is obviously very concerning for both him and the Rams, who signed him to a four-year, $57 million contract extension last offseason. For his part, Gurley has been relatively quiet about his health, but did talk about it this week. And what he said could be taken in a number of different ways.

“It’s good, man. It’s good,” Gurley told NFL Network. “I’m just like, hey, we’re going to find out in training camp, you know? Once training camp comes, you’ve got the preseason, but you don’t have a lot in preseason.”

So, “It’s good” sounds like a good thing. But, “Hey, we’re going to find out in training camp?” Well, that sounds pretty bad. This is obviously a situation well worth monitoring not just this offseason, but for the entire foreseeable future. Whether or not Gurley can be the player he’s looked like for most of the past two years will play a big role in how long the Rams’ current window of Super Bowl contention lasts.