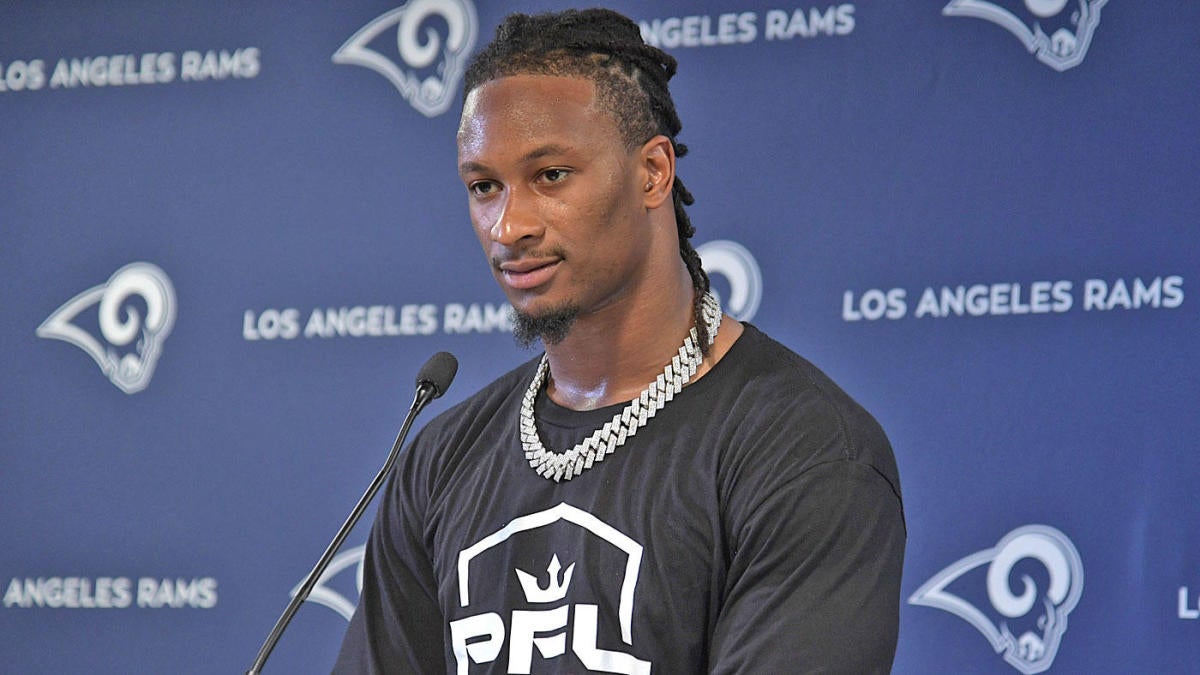 For the past five months, questions have been swirling about the health status of Todd Gurley’s left knee.

Although Gurley has kept quiet about the status of his knee, CBSSports.com’s Dave Richard was able to pry some information out of Gurley’s trainer, Travelle Gaines, back in June. During an exclusive interview with CBS Sports, Gaines confirmed that there was an arthritic component to Gurley’s knee.

So will that be enough to slow Gurley down during the 2019 season?

The Rams running back visited with Bill Reiter on Wednesday to answer that question along with multiple other ones for an interview that’s set to air at 5:30 p.m. ET on Reiter’s Block (watch it here on CBS Sports HQ).

Here’s a brief preview of what you can expect to hear from Gurley. For one, he says his knee feels good, although he did admit that he’s taking things day-to-day.

“I’m doing good. I’m doing everything I’ve always done in the offseason, working out, just getting ready for the season, that’s how I approach my days,” Gurley told Reiter. “I never make any expectations or make any goals, and I work hard every day to take care of myself.”

Gurley also made it clear that he would be ready to roll once the regular season starts in September.

“Once the real deal start off — preseason, whatever — once the real thing start up, it’s go time,” Gurley said.

Reiter and Gurley touched on multiple topics during the eight-minute interview, including what Gurley did with his offseason and his thoughts on Los Angeles now being the epicenter of the sports world.

Gurley was also asked about how he coped with the Rams’ Super Bowl loss and he gave a pretty surprising answer. Instead of sulking over the loss this offseason, the Rams running back said he felt like he won just because he made it to the game.

“I did that right after the game,” Gurley said of how long it took him to get over the loss. “I was like, ‘I won. I won today.'”

For Gurley, Super Bowl Sunday was one of the ‘best days’ of his life, despite the Rams’ 13-3 loss to the Patriots.

“It was a blessing. I tell people all the time, at the end of the day, we were there,” Gurley said. “There were only two teams left and we didn’t win, but it’s so much more than we’ve ever done. We got a chance to go to the Super Bowl, we never got a chance to do that. To be able to do that, to be able to experience that, it was a great feeling. One of the best days of my life even though we didn’t win. It’s something that you always dream about.”

To hear what else Gurley had to say about his knee and all other things, be sure to click here, so you can watch his interview on Reiter’s Block at 5:30 p.m. ET on CBS Sports HQ.