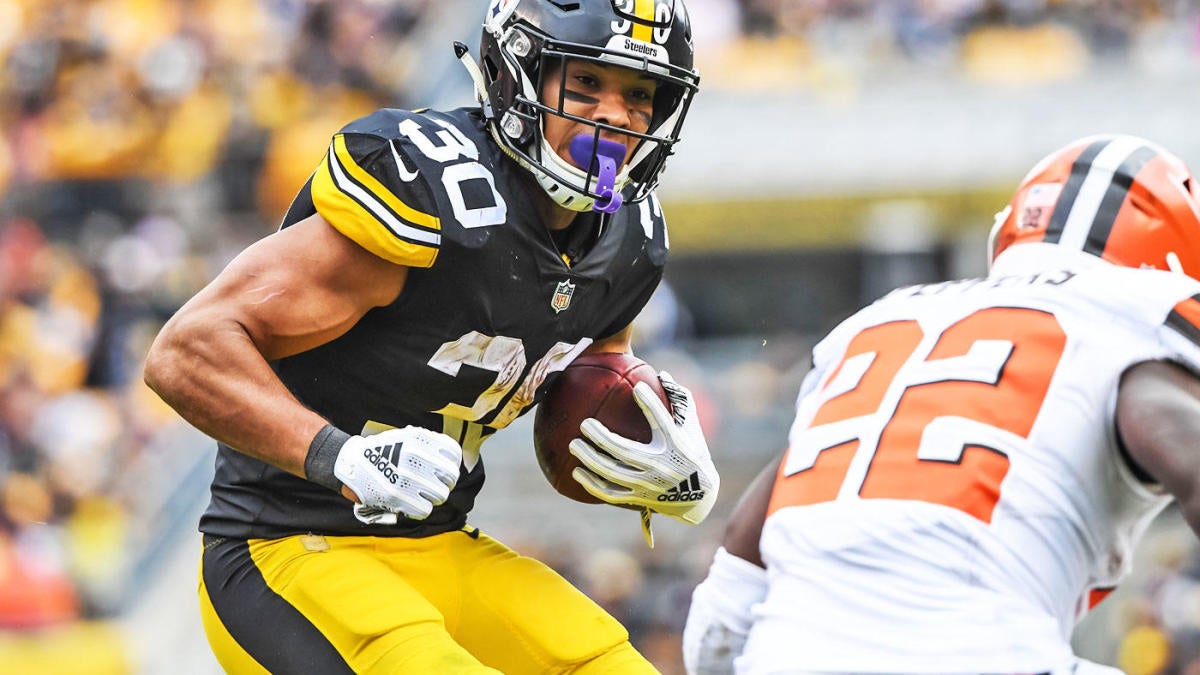 One of the biggest surprises of the 2018 NFL season was Pittsburgh Steelers running back James Conner. It’s not that nobody thought Conner was talented. After all, he was a star for the Pitt Panthers before entering the pros. But Conner was filling in for a player — Le’Veon Bell — who was arguably considered the best back in the league; and not only did Conner not miss a beat, he was arguably better in 2018 than Bell was the year prior.

And Conner wasn’t the only young back in the mix for the Steelers in 2018. In the games Conner missed due to injury, rookie back Jaylen Samuels totaled 54 touches for 328 yards and a touchdown, showing equal ability as a runner and pass-catcher — unsurprising given the H-back role he played in college.

In 2019, the duo expect to be on the field at the same time, giving the Steelers’ offense a far different look than it’s had in the recent past, when they’ve almost exclusively relied on one bell-cow back. (Pun not intended.)

“I’m pretty sure it’s going to be something special put into the offense,” Samuels said of two-back sets, per ESPN.com. “They will have us start off in the backfield or I can start out wide or motion out.”

Conner, meanwhile, noted that he’ll still be the lead back, but that he also expects Samuels — among others — to work into the game.

“I’ll have a similar role … ” Conner said recently on NFL Network. “But we have talent in that room. We have Jaylen Samuels, who’s a tremendous receiver, a talented runner. We have Benny Snell. We know the work that he did at Kentucky. He’s a hard-bodied runner, so all those guys will get touches. It’ll be fun this year just seeing those other guys being successful.”

Pittsburgh’s offense is going to necessarily change without Bell and Antonio Brown, but if Ben Roethlisberger can develop chemistry with new targets like Donte Moncrief, James Washington, and third-round pick Diontae Johnson, perhaps the passing game won’t take too much of a step backward. And that’ll open things up for Conner and Samuels, who in turn will force defense to pay attention to them, further opening things up through the air.

Conner joined Will Brinson on a recent episode of the Pick Six Podcast. You can listen in the link below and be sure to subscribe/listen daily to get all the latest NFL news and notes.