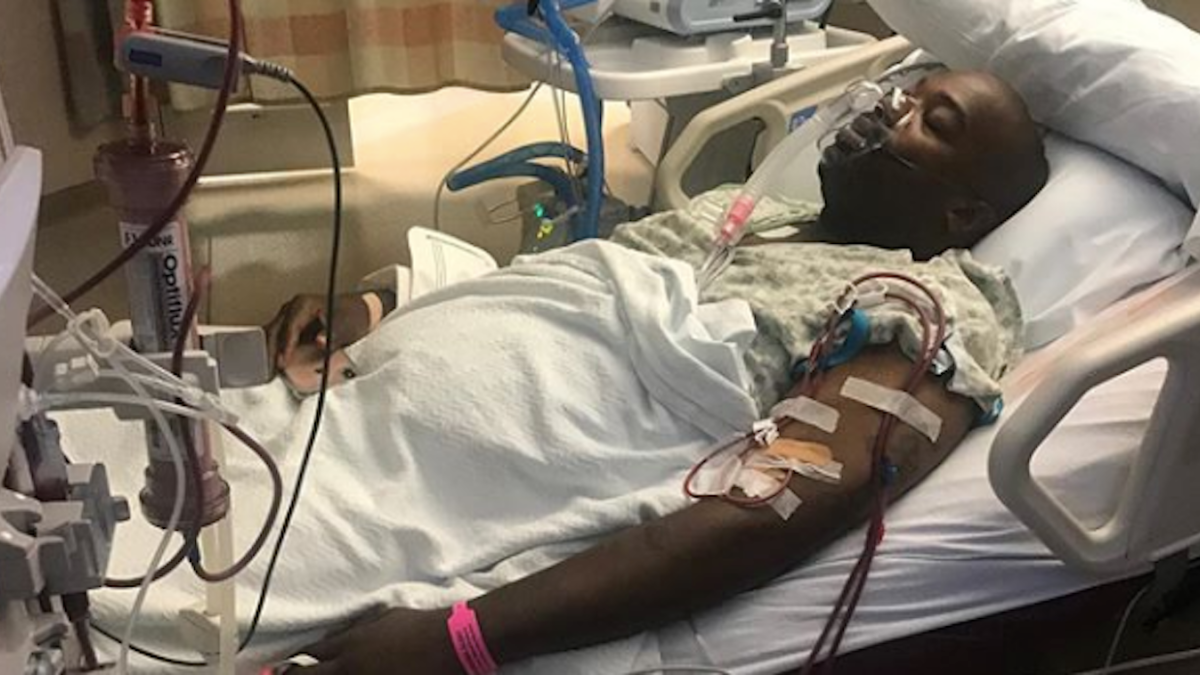 Former NFL player Albert Haynesworth is in dire need of a transplant after suffering a total kidney failure this week.

According to a post on his Instagram, Haynesworth was hospitalized on July 7 after both his kidneys failed him.

Haynesworth decided to go public with his health problems with hopes that he might be able to find a kidney donor before it’s too late.

“The bright side of this latest ordeal I can ask for help by asking for someone to generously donate a kidney,” he wrote. “If you are interested in giving this precious gift please call Vanderbilt at 615-936-0695 and hit option 2. GOD BLESS thank you for your prayers and thanks for sharing this message.”

Haynesworth has apparently been dealing with some serious health issues since his retirement following the 2011 season. Not only is he dealing with kidney issues, but Haynesworth also suffered a brain aneurysm in 2014.

“It’s hard to believe from being a professional athlete to only 8 season in retirement that my body has taken another major blow,” Haynesworth wrote of his kidney failure. “First with the brain aneurysm 3 seasons out of the NFL to now my kidneys failing me.”

The 38-year-old is currently being treated at the Williamson Medical Center, which is located just outside of Nashville.

Haynesworth played his last NFL down back in 2011 after playing for four teams over 10 seasons. The defensive lineman entered the NFL in 2002 after the Titans made him the 15th overall pick in the draft. After being selected to two Pro Bowls during his seven seasons with the Titans, Haynesworth moved on to Washington. Following two seasons with the Redskins, Haynesworth signed with the Patriots in 2011. After being cut by New England during the middle of the season, Haynesworth latched on with Tampa Bay, where he finished his career.