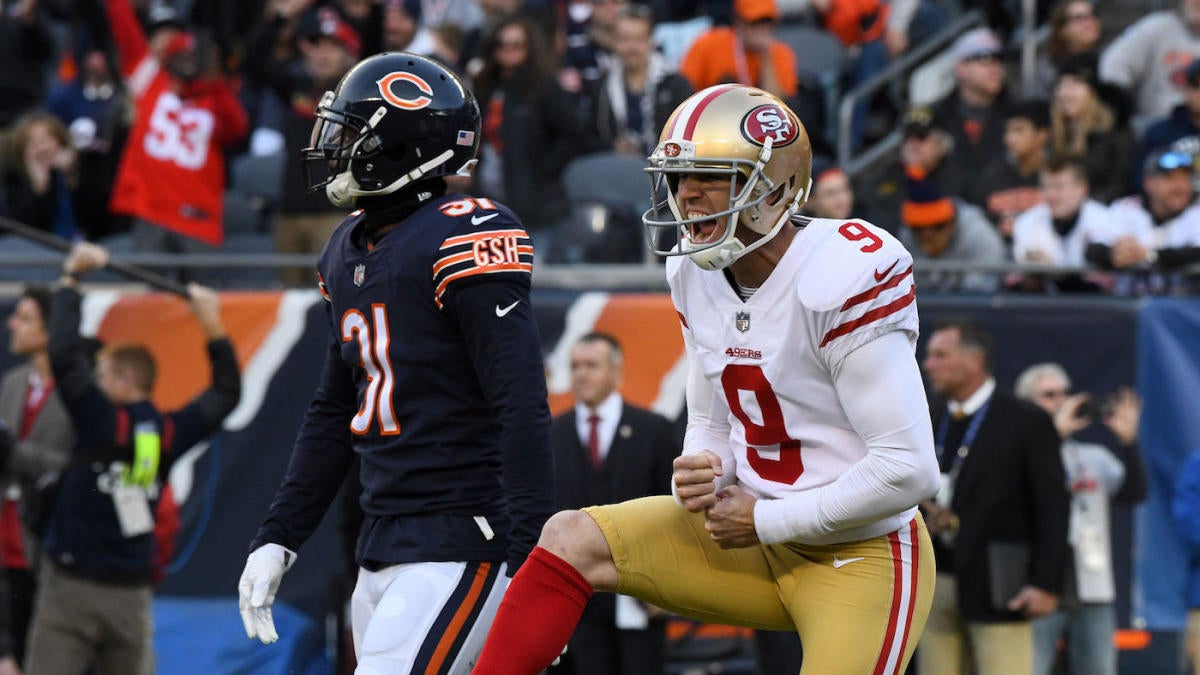 If you were hoping to see some kicker drama this offseason, then you’re going to want to start paying attention to the situation in San Francisco, because things are starting to get ugly between Robbie Gould and the 49ers.

With less than a week to go until the franchise tag deadline, the two sides are nowhere close to working out a long-term deal and that’s mainly because Gould doesn’t want one. Gould has spent pretty much his entire offseason letting everyone who will listen know that he doesn’t want to play in San Francisco this year, and just in case he wasn’t clear enough, he added more fuel to the fire on Wednesday.

During an interview at the American Century Championship celebrity golf tournament Gould was asked whether or not he would be the 49ers kicker this year.

Gould skipped all of the team’s workouts this offseason, including mandatory minicamp, and as things currently stand, it seems he’s mulling over the possibility of skipping training camp and maybe even the regular season.

“I don’t really have a plan right now,” Gould said. “Obvious there is a deadline and I don’t have to make any decisions anytime soon. … The deadline to sign a long-term contract is Monday, and the rest of that (potential holdout) is up to me.”

Gould was hit with the franchise tag back in March, but he still hasn’t signed it yet. If Gould were to sign the one-year deal, it would guarantee him $5 million for 2019, which would make him the highest paid kicker in the NFL. The two sides also have the option of working out a long term deal, but that would have to happen by the NFL’s July 15 deadline.

The biggest problem for the 49ers in this situation is that Gould wants nothing to do with them. The veteran kicker wants to move closer to his family, and they live in Chicago, which has created a problem for both sides. Not only did Gould demand a trade back in April, but he flat out said that he wanted to play for a team that was located closer to his family.

“I never said I want to go back [to Chicago],” Gould said. “I just said I want to be closer to my family. That doesn’t necessarily mean [the Bears].”

Basically, Gould wants to be anywhere east of San Francisco, which means the 49ers might want to start looking for a new kicker. Making things even more awkward is that Gould has close ties to the Bears — he spent 11 seasons in Chicago — and they’re currently in dire need of a kicker.

The crazy thing about this entire situation is that the 49ers knew exactly what they were getting into. After Gould made his trade demands in April, 49ers coach Kyle Shananan admitted that the team tagged Gould even though they knew he didn’t want to be in San Francisco.

“We understand that he doesn’t want to live here long-term and he’s made that clear to us, and we get that,” Shanahan said in April. “But, we do have a franchise tag and he’s that good of a kicker that he’s worth franchising. So, unfortunately we know we’re not going to have him long-term here. I think that’s been pretty clear. No hard feelings about that. I do understand his reasons. But, pretty excited to have a good kicker this year.”

After watching Gould skip the 49ers’ offseason workout program, Shanahan admitted in June that he has no idea if his kicker is going to show up for the regular season.

“if he doesn’t want to show up until Week 1, it is what it is,” Shanahan said. “I’ll take a very god kicker at any time, whether it’s Week 1 or third down just one play before we’re about to have to kick. Robbie’s a hell of a kicker and nothing’s really changed on that. I just really hope he shows up by the time we play Week 1.”

Back in April, the 49ers ruled out the possibility of a trade, but with the situation getting uglier by the week, the team might be willing to make a deal if someone swoops in and makes a generous offer, and yes, I was talking directly to the Bears when I wrote that. Just offer a third-round pick to the 49ers and get this over with.