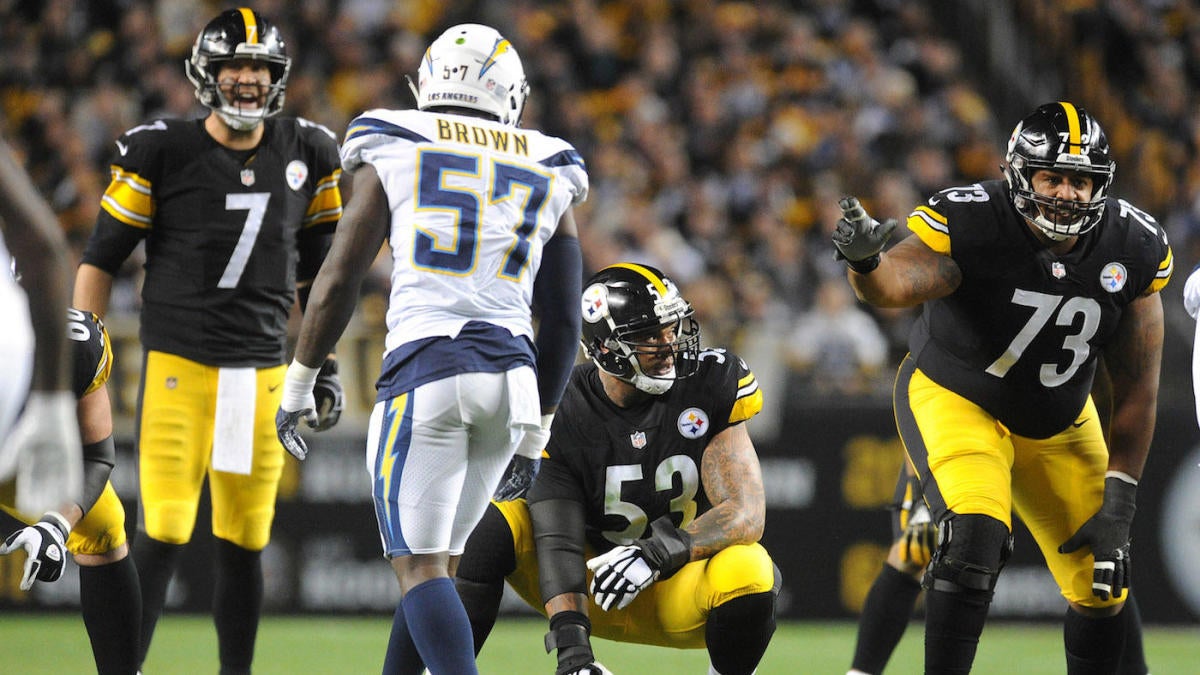 With that in mind, as we here at CBS Sports continue to rank every position group, we’re now able to present to you our collective offensive line rankings. Below, you’ll find CBS Sports’ top-10 offensive lines as the 2019 NFL season approaches. Just to reiterate, these are not my own individual rankings. Most of the NFL staff at CBS Sports voted to form one collective list.

We begin in Kansas City.

The loss of center Mitch Morse hurts. He graded out as Pro Football Focus’ 13th best center last season, and he’ll be spending the upcoming season in Buffalo. But the Chiefs will still trot out a solid group ahead of Patrick Mahomes. A year ago, they allowed only 26 sacks — the fifth-fewest in football — even though they tied for the ninth-most passing attempts. They also ranked fifth in pass protection and 16th in run blocking, per Football Outsiders. The key might be how right guard Laurent Duvernay-Tardif performs. He missed much of the 2018 season with a broken leg, but has been a good player when healthy.

Listen to former NFL offensive lineman Geoff Schwartz break down our list with Will Brinson on Tuesday’s Pick Six Podcast.

Thanks to some smart drafting, the Bears have built one of the league’s better offensive lines. Left tackle Charles Leno was a seventh-round pick in 2014. Left guard James Daniels was a second-round pick a year ago. Center Cody Whitehair was selected in the second round back in 2016. Right guard Kyle Long was a first rounder way back in 2013. The only member of the starting five who wasn’t an original draft pick of the Bears is right tackle Bobby Massie, who is entering his fourth season in Chicago.

The Rams likely fell all the way to No. 8 due to the losses of left guard Rodger Saffold, who signed with the Titans, and center John Sullivan, who remains a free agent. That’s a concern heading into the upcoming season, especially after we watched quarterback Jared Goff struggle under pressure. The Rams’ cohesion up front has played a big role in their success under Sean McVay. How they fill those two voids will be key a season after they tied for the eighth-fewest sacks allowed, and ranked sixth in pass protection and first in run blocking, per Football Outsiders.

The Packers bolstered their offensive line this offseason by signing Billy Turner, a versatile lineman who should start at right guard but could slide to the outside if Bryan Bulaga were to go down with an injury. If the line stays healthy, it should be among the league’s best units — especially with All Pro left tackle David Bakhtiari protecting Aaron Rodgers‘ blindside. They didn’t fare all that well in pass protection (21st) last season, but finished seventh in run blocking, according to Football Outsiders.

Losing left tackle Trent Brown to the Raiders in free agency hurts, but then again, you can’t criticize the Patriots for refusing to give Brown a huge contract. The Raiders overpaid for him and the Patriots were smart to let him walk. Plus, the Patriots are getting back an important piece in Isaiah Wynn, a first-round pick a year ago who lost his rookie season to an injury. The Patriots have continually shown the ability to recover from losses in free agency. A year ago, it was left tackle Nate Solder who departed. But the Patriots still managed to allow the third-fewest sacks, and rank third in run blocking and first in pass protection, per Football Outsiders. They’ll be fine without Brown. And there’s an argument to be made they should’ve finished higher on this list.

So what changed? For one, there was the addition of rookie guard Quenton Nelson, who earned a first team All-Pro nod in his first season. There was also the arrival of new coach Frank Reich, who emphasized a quicker passing game. Additionally, Braden Smith, a second-round pick, also put together a quality rookie season at right tackle.

The Colts should experience more success up front in 2019.

The Cowboys used to have the league’s best offensive line. Now, they only have one of the league’s best offensive lines. A bad back has plagued Tyron Smith in recent years. Travis Frederick battled Guillain-Barre syndrome all of last season. Connor Williams dealt with a knee injury. Zack Martin also had to overcome a knee issue. According to Football Outsiders, the Cowboys ranked 28th in pass protection, although they fared much better as a run-blocking unit, ranking eighth. If they can get healthy, the Cowboys have a chance to reclaim their spot atop the table.

It’s actually a little surprising to see the Eagles rank this highly after their statistical struggles in 2018, when they ranked 19th in run blocking and 17th in pass protection, via Football Outsiders’ metrics. They also allowed 40 sacks, which placed in the middle of the pack. But it’s clear the Eagles have the talent to improve in 2019, from Jason Peters to Jason Kelce to Brandon Brooks to Lane Johnson. Don’t forget about backup tackle Halapoulivaati Vaitai or rookie Andre Dillard, both of whom provide the Eagles with depth up front. This is one of the deepest groups in football.

The Steelers are bringing back four of five starters up front. Everyone except right tackle Marcus Gilbert, who was traded to Arizona, will be returning. That’s the good news. The bad news is that the Steelers lost respected offensive line coach Mike Munchak to the Broncos. Still, from a talent standpoint, the Steelers are loaded.

However, it is worth noting that from a statistical standpoint, the Steelers — like the Eagles — weren’t all that impressive as a run-blocking force in 2018. They finished 15th in run blocking, per Football Outsiders. That said, they were a dominant pass-blocking unit, checking at fourth while allowing only 24 sacks — the fourth-fewest in football.

The biggest concern is Munchak’s absence, but the Steelers are talented enough to overcome his departure.