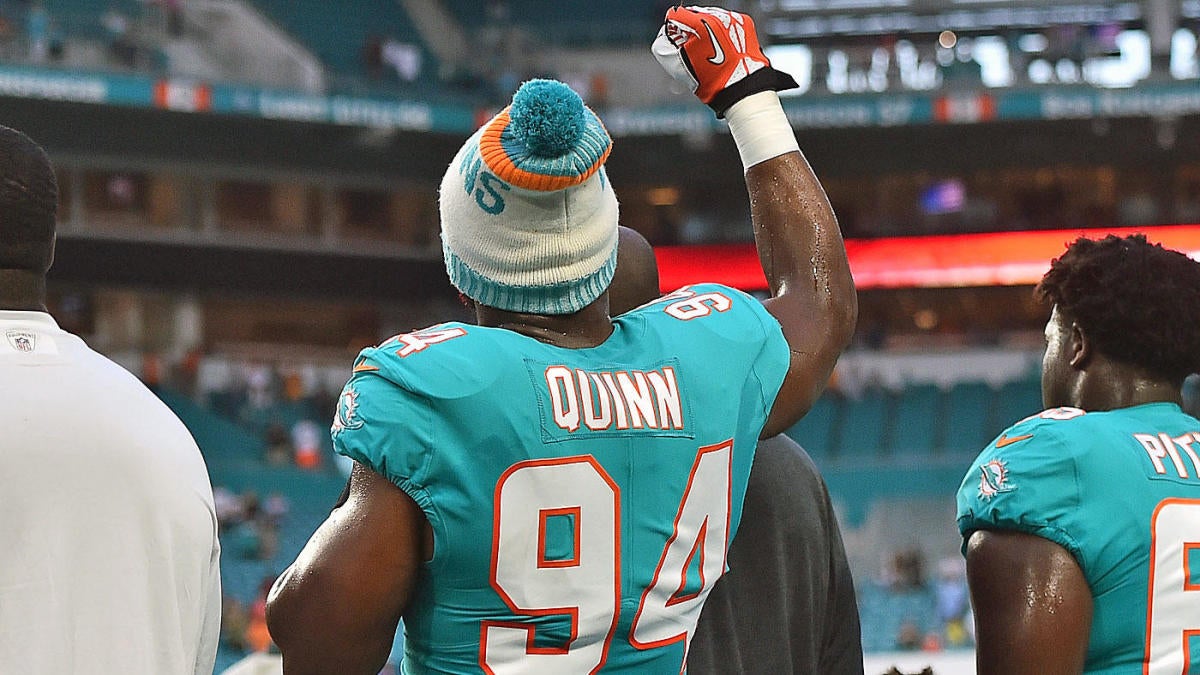 Throughout this offseason, the Dallas Cowboys‘ offense has gotten a lot of attention, and rightfully so. The offense is led by a superstar running back who has also been in the news for off-field reasons once again. The team’s quarterback and No. 1 wide receiver are each eligible for contract extensions. Their future Hall-of-Famer at tight end un-retired after just one year away from the game and is now back for a 16th season. The Cowboys’ offensive line is widely considered one of the best in all of football, and perhaps the best member of that line is returning from a long-term illness that kept him out for all of last season. The team swapped out its slot receiver, drafted two running backs and a guard, and oh yeah, promoted a 30-year-old former backup quarterback with just one season of coaching experience to offensive coordinator, and he’s reportedly making a whole lot of aesthetic changes to the offense.

But though Ezekiel Elliott, Dak Prescott, Amari Cooper, Jason Witten, Travis Frederick, Zack Martin, Tyron Smith, La’el Collins, Connor Williams, Randall Cobb, Tony Pollard, and Kellen Moore will do a whole lot to determine what level of success the Cowboys experience in 2019, it’s easy to forget that it was actually the team’s defense that was the better unit last year, for the first time in a good, long while. The Cowboys ranked seventh in yards allowed, sixth in points allowed, and ninth in defensive efficiency, per Football Outsiders’ DVOA. Led by the sparkling young linebacker duo of Jaylon Smith and Leighton Vander Esch, superstar edge rusher Demarcus Lawrence, and newly-crowned stud press corner Byron Jones, the Dallas defense took a major step forward in 2018.

To get where they want to go in 2019, that defense will not only have to maintain, but get even better. And the key to their doing so is the defensive line. Last season, Lawrence finished with 10.5 sacks, 22 quarterback hits, 63 pressures, and 15 tackles for loss. He was not just the Cowboys’ best edge defender, but one of the best in the whole league — a two-way force who has to be accounted for and located on every single snap. Dallas got by last season by rotating several players through the other spots along the line.

Tyrone Crawford, the team’s defensive captain and most versatile lineman, was on the field for 67 percent of snaps and surprise interior force Antwaun Woods was there for 63 percent; but Maliek Collins, Randy Gregory, Taco Charlton, Dorance Armstrong, and Daniel Ross all played between 250 and 500 snaps. Defensive coordinator Rod Marinelli likes to rotate guys through to keep them fresh and able to chase after the ball, and that strategy worked well enough with this group. But on the whole, they were far better against the run (fifth in DVOA, third in Adjusted Line Yards allowed) than they were getting after quarterbacks (16th in DVOA, 27th in Adjusted Sack Rate, 35.3 percent pressure rate was slightly below average).

The team’s second-best pass rusher was probably Gregory, who checked in with six sacks and 15 quarterback hits across 14 games. Crawford had 5.5 sacks of his own, but Woods, Collins, Charlton, Armstrong, and Ross combined for only 6.5 between them. With mercurial lineman David Irving retiring this offseason and Gregory facing another suspension, the Cowboys — to their credit — aggressively made over their defense line; and perhaps more importantly given the number of players they want to pay big money really soon, they did it on the cheap. In free agency, they brought in Kerry Hyder and Christian Covington, each of whom has experience inside and out and appears to fit well with Marinelli’s style of defense. With the Dolphins looking to cut salary and kickstart their rebuild, they sold Robert Quinn on coming to Dallas, acquired him for just a sixth-round pick, and got him to agree to a slight pay cut. Their biggest area of need heading into the draft was the defensive interior, and they used their first selection on former UCF defensive tackle Trysten Hill. And late in the draft, they added two long, versatile linemen in Miami’s Joe Jackson and Oregon’s Jalen Jelks.

There is still only one true star-level player here, but the Cowboys have fleshed out their depth in a big way and added a secondary rusher who should at least be able to more consistently capitalize on the attention paid to Lawrence. Quinn had 6.5 sacks, 16 QB hits, and 39 pressures playing on Miami’s defense last season, but he averaged 9.6 per year during the previous six seasons with the Rams. Even if you take out the clear outlier 19.5-sack campaign, he still checked in with an average of 7.5 sacks across five seasons, albeit while playing only four seasons’ worth of games. (He missed a total of 16 games from 2015 through 2017.)

Lawrence is still recovering from shoulder surgery, but considering he played the past two seasons with a shoulder both he and the Cowboys knew needed to be operated on and still racked up 25 sacks, 49 quarterback hits, and 142 pressures, he should be able to find a way to remain productive now that he’s on his way back to full health. Gregory is expected to apply for reinstatement from his latest suspension. With Quinn and Hill in the mix, Crawford may be able to go back to moving around the formation and annoying different linemen on an every-snap basis. The depth and youth here will force Charlton, the team’s first-round pick in 2017, to either be productive or get sent out the door. Collins now has multiple players breathing down his neck to take snaps on the interior while he tries to play his way into a contract extension.

If the Dallas defense is going to not just maintain the improvements it made last season, but take the next step toward becoming an elite unit rather than a good one, this group is going to have to show improvement. Someone is going to have to pop and take some attention away from Lawrence. They’re going to need some more pressure up the middle. To do all that, they’re going to need everyone healthy and fresh and moving at full speed, the way Marinelli prefers his defensive linemen to work. And for that type of plan, you need a lot of depth. Dallas has even more of it now than a year ago. Now, it’s time for them to show what they can do.