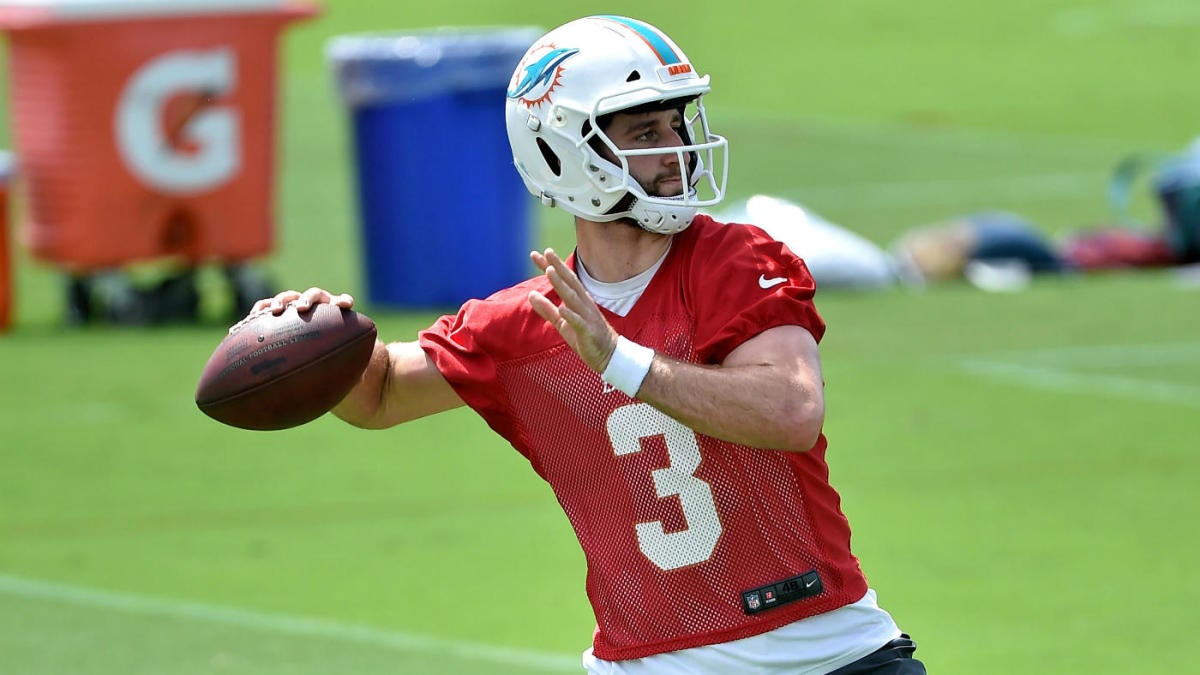 It’s been only 15 months since Josh Rosen was a top-10 draft pick, so it’s way too early to call him a bust. Yet it’s worth wondering, following an awful first year in Arizona, if he’ll be able to avoid that label next offseason after a year with the rebuilding Miami Dolphins.

So many things went wrong with the Cardinals — Steve Wilks didn’t know how to use Rosen (or David Johnson), offensive coordinator Mike McCoy was fired midseason, the offensive line stunk — that thankfully he got traded, except that where he got traded is projected to be the NFL‘s new worst team.

So, how will it all play out for Rosen?

“I want to like him, he was my second favorite QB last year in the draft, but I just don’t see how he succeeds,” Sean Wagner-McGough said on Monday’s Pick Six Podcast. “It wasn’t Rosen’s fault when he didn’t succeed last year, and it’s not going to be his fault when he doesn’t succeed this year.

“He could be the Titans quarterback in a year.”

Host Will Brinson doesn’t think that idea is crazy, and the guys also debate what the Titans will have to see from Marcus Mariota to give him a big contract (it’s a lively mailbag edition of the pod).

“I’ll put this out there: I think Rosen’s going to have a better season than Marcus Mariota,” Brinson said. “I think he’s going to have a season where people say OK, maybe the Cardinals prematurely got off of Josh Rosen. I don’t think he’s gonna have a 4,000 yard, 40 TD season, but I think Chad O’Shea, a first time off coordinator who worked with Josh McDaniels, will design a scheme friendly enough to Rosen’s skillset to give him some easy looks and quick throws behind questionable offensive line.”

Does that mean anyone would rather have Rosen than Mariota long-term? Brinson chose Rosen, but didn’t get much backing. Still, Ryan Wilson agreed with Brinson’s assessment that last season’s Cardinals were the worst team we’ve seen in a decade.

“If Kyler Murray was on that team last year, they’re still winning three games,” Wilson said. “Tom Brady and Peyton Manning could’ve been on the field at the same time, and that team would’ve been terrible.

“The problem is, the Dolphins look like a three-win team. I’ve said this before: I would start Ryan Fitzpatrick the first month of the season; don’t throw Rosen out there in back-to-back years. I’m not giving up on Rosen, but he has the deck stacked against him. If they start 1-5, the conversation’s going to be about Tua (Tagovailoa) and Justin Herbert.”

Listen to the full conversation below as the guys answer other mailbag questions, like which team/city offers the best overall experience, the best keepers in fantasy, and which fast food meal they’d pick if they could only eat one the rest of their lives. And be sure to subscribe/listen daily to get all the latest NFL news and notes.