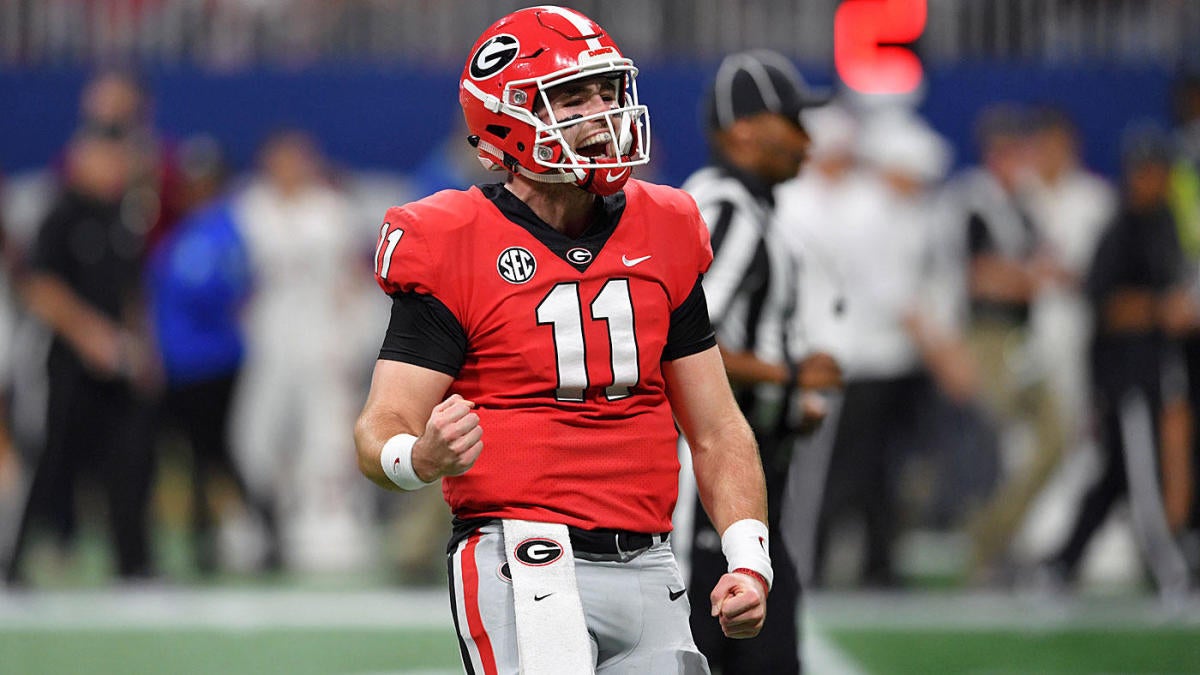 Andrew Luck and Deshaun Watson are the star quarterbacks of the AFC South, and if Marcus Mariota doesn’t have a big year in 2019, he very well could be playing on a new team next season. Nick Foles should give the Jaguars more downfield passing than they had with Blake Bortles, yet Jacksonville could be in need of more defensive help in the future.

Today, the AFC South is up.

Johnson is one of the premier defensive tackles in what, at the outset of the season, looks like a weak defensive tackle class, especially compared to the loaded group of 2019.

The 6-foot-2, 290-pound junior college transfer burst onto the scene for the Buffaloes last season with 15.5 tackles for loss and 7.5 sacks to go along with 52 tackles. He plays with impressive power, refined block-shedding ability, and scary closing speed for someone his size.

Check him working efficiently through two blockers on this stunt to get the sack. Johnson’s lined up at left defensive tackle before the snap:

The Colts got adequate contributions from the interior of their defensive line in 2018, but it’s one of the weakest position groups on the roster, especially after trading Hassan Ridgeway. Also, the earliest investment Indianapolis has made at defensive tackle of late is a fourth-round pick in 2017 on nose tackle Grover Stewart.

Johnson has the strength, movement skills, and block-defeating prowess to be a big riser during the 2019 college football season and would be a welcomed addition to a Colts defensive front that needs more youthful athleticism on its interior.

McKinney is next in the spotlight at the safety spot for Alabama. He was everywhere in 2018 as a sophomore with 74 tackles, six tackles for loss, two picks, and 10 pass breakups. In most games, he was the Crimson Tide’s best secondary member.

His fluid hips and light feet allow him to drift effortlessly in coverage to get his hands on the football. Lined up near the top hash on this play against Louisville, watch how McKinney flips his hips while reading the quarterback’s eyes before breaking up the pass:

The Jaguars picked Ronnie Harrison in the third round of the 2018 Draft, and he had a mostly unspectacular rookie campaign. At his best, he’s a thumping strong safety type who’ll be more impactful close to the line as a run stuffer than he is when sinking in coverage. Beyond him, Jacksonville has an assortment of former undrafted free agents on the roster at safety.

Swift is one of the most talented ball carriers in college football and is trending toward being a top 50 pick in next year’s draft. After landing in Athens as the No. 4 running back in the 2017 recruiting class, he averaged 7.6 yards per attempt as an 18-year-old freshman. Last season, he was part of essentially an equal timeshare with Elijah Holyfield and eclipsed the 1,000-yard mark at 6.4 yards per attempt with 10 scores on the ground.

Swift is capable of making the most devastating, stop-on-a-dime cuts of any back who’ll be on the field in college football this fall. After stopping so suddenly, he amazingly regains his speed in the blink of an eye. Check the multiple cuts Swift deployed on this outrageous touchdown run against a stout Kentucky defense last season:

The Texans probably aren’t done building their offensive line in front of Deshaun Watson, but the team has now invested a third round pick in 2018 and a first and second round selection in this year’s draft on blockers, so let’s move to another position.

Lamar Miller is set to be a free agent after this season and will be 29 in 2020. Behind him on Houston’s backfield depth chart is 2017 third-round pick D’Onta Foreman, a big back who’s battled serious injuries in the pros and will bring a 3.8 yards-per-carry average on 85 attempts into his third season, along with a host of unproven runners.

Swift is the young, uber-talented, multi-dimensional back with speed and power who could take pressure off Watson as he enters the prime of his career in Houston.

At Georgia over the past two seasons, the Bulldogs have loved running the football. In 2017, they ran it 650 times to just 303 passes. Last season, Fromm’s second as the full-time starter, the Bulldogs finished the year with 547 rushing attempts and 357 pass attempts.

Despite the run-heaviness leading to a “game-manager” label for Fromm, it shouldn’t be viewed as a negative. And while he might not have the flash of Tua Tagovailoa or size and arm talent of Justin Herbert, Fromm is more than capable of making dazzling throws all over the field. He’s averaged nine yards per attempt in his first two seasons as Georgia’s quarterback, upped his completion percentage from 62.2 to 67.4 in 2018, and has 54 touchdowns to just 13 interceptions heading into this year.

Fromm is a poised, accurate pocket passer. For an idea of his touch, here’s a dime he threw for a touchdown against Alabama in the SEC title game last season:

Marcus Mariota is playing on the fifth-year option in 2019, and he needs a gigantic year to stay with the organization. His career passer rating is 89.4 — right around league average in the modern NFL — and over the past two seasons, he has a rather low touchdown percentage of just 3.0 along with a decently high interception rate of 2.9.

The Titans have invested in blocking, receivers, and running backs to build around him, but Mariota’s never taken the next step out of mediocrity. And while I don’t expect him to have a brutal season in Nashville, I also doubt he’s primed for a breakout year as a 26 year old in his fifth season after 55 starts.

Fromm is in line for a huge season at Georgia and would be a logical choice as the calm and steady replacement for Mariota in 2020.