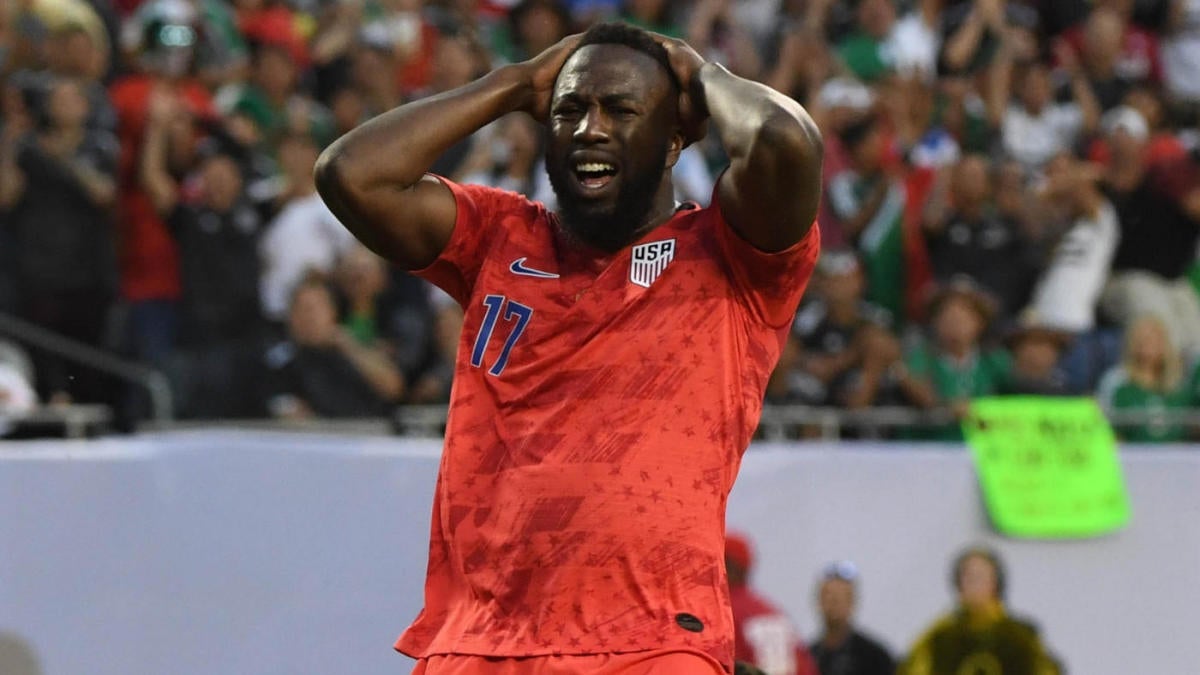 A second-half goal from Jonathan Dos Santos lifted Mexico past the United States, 1-0, in the 2019 Gold Cup final on Sunday night in Chicago. It was an intense, physical match where each team had chances, but only El Tri was able to capitalize on one, claiming the trophy for the first time since 2015.

Both Christian Pulisic and Jozy Altidore missed golden opportunities in the opening minutes to set the tone for the USMNT. Mexico knocked on the door for most of the second half and the winner finally came in the 73rd minute, as Mexico coach Tata Martino has now won two finals in seven months. The Argentine manager won MLS Cup 2018 with Atlanta United.

Here’s the goal from Dos Santos:

It was a tough match for the U.S. but the team competed well. The chances on goal dwindled as the match went on, but there was some promising play for the U.S. that Gregg Berhalter will be encouraged by moving forward. Berhalter is still looking for his first trophy as a coach.

The U.S. had the chances it needed

Pulisic was denied well by Guillermo Ochoa in the opening minutes from a tough angle, but Altidore’s miss is hard to accept. He made a great move at the top of the box to set himself up, but his left-footed effort was way off. And, well, that’s to be expected by a right-footed player. Take a look:

Those are chances you don’t get back. As golden of an opportunity as you will get considering the long ball over the top from Tim Ream which was a clearance. Altidore did so well to get open, and he just simply botched it.

Putting Gyasi Zardes in for Altidore didn’t make a whole lot of sense, but there weren’t many options if he had to come off. Cristian Roldan is a good player but wasn’t what was needed in place of Jordan Morris in the second half. It seemed like Berhalter was a bit too cautious with his substitutes, and it hurt the team in the end.

Tyler Boyd felt like a good option to come on, and Paul Arriola was fairly quiet in the second half as well. To get more stability in the middle, it might have been better to put Christian Pulisic up at left wing and play a bit more reserved in the middle.

It’s easy to say he got the substitutes wrong, but I at least applaud him for making them at a reasonable time in the game. They just don’t appear to have been the right ones as none of the moves really made an impact.

This is big on many levels for Mexico. Rodolfo Pizarro has proven he can be a star for this team, and when you add Raul Jimenez and a healthy Hirving Lozano, this is the best team in CONCACAF. El Tri wasn’t overly sharp all tournament, and they did struggle against teams like Haiti and Martinique, but they got the job done when it mattered most.

Mexico had 19 shots, the majority of possession and allowed only two shots on goal. A complete performance.

For Martino, a manager who is as emotionally invested as any other coach, this will give him the confidence and strength to push forward with World Cup qualifying not far off. He’s got a great base of players to work with and some young ones that really stepped up in this cup. The future is bright for El Tri in CONCACAF, and Sunday night was proof that they are still the kings.