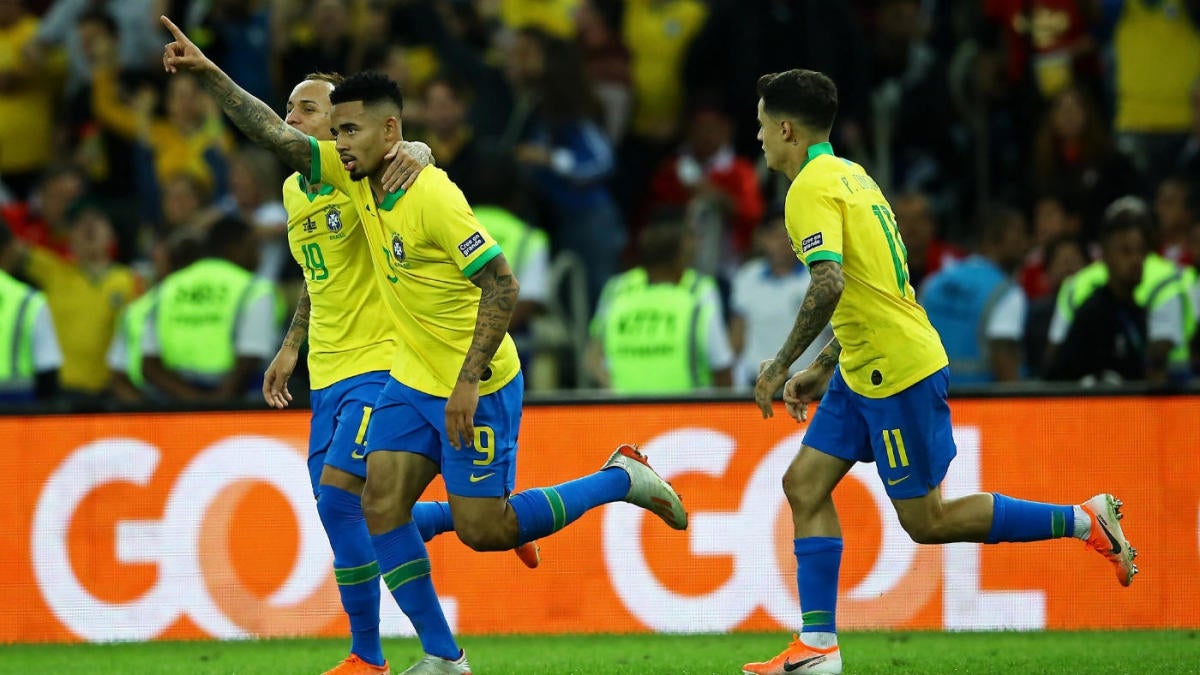 The 2019 Copa America trophy belongs to the hosts. Brazil, behind goals from Everton, Gabriel Jesus and Richarlison, beat Peru 3-1 in the final at the Maracana on Sunday to end a 12-year trophy drought. With a red card for Gabriel Jesus in the second half, it was closer than most anticipated.

Brazil took the lead in the first half before Peru leveled through a penalty before the break. But just moments later Gabriel Jesus scored the winner before halftime. Richarlison’s goal from a penalty kick in the final moments put this one away.  Gremio star Everton scored a fine opener just 15 minutes in with this back-post run and finish:

Then four minutes after Paolo Guerrero equalized from a penalty kick in the 44th minute, Gabriel Jesus scored the winner in the third minute of first-half added time with a lovely finish inside the box. Here’s the winner:

Despite Gabriel Jesus receiving his second yellow card in the second half and seeing red, Brazil managed to hold on and even add to its lead. The game never really felt like it was going to be Peru’s despite a couple chances to draw level.

The win is a big statement from Brazilian coach Tite and gives him a strong case for him to continue as the team’s boss, especially getting the trophy with Neymar sideline due to injury. As for Peru’s Ricardo Gareca, getting to the final is a delightful accomplishment that continues to raise the hopes of the Peruvian people with World Cup qualifying starting in March.

CBS Sports was with you the entire way, and you can relive the game with analysis and highlights below. If you are unable to view the live updates below, please click here.

Stephen Curry, Under Armour launch ‘Curry Brand’ with emphasis on giving back through youth sports