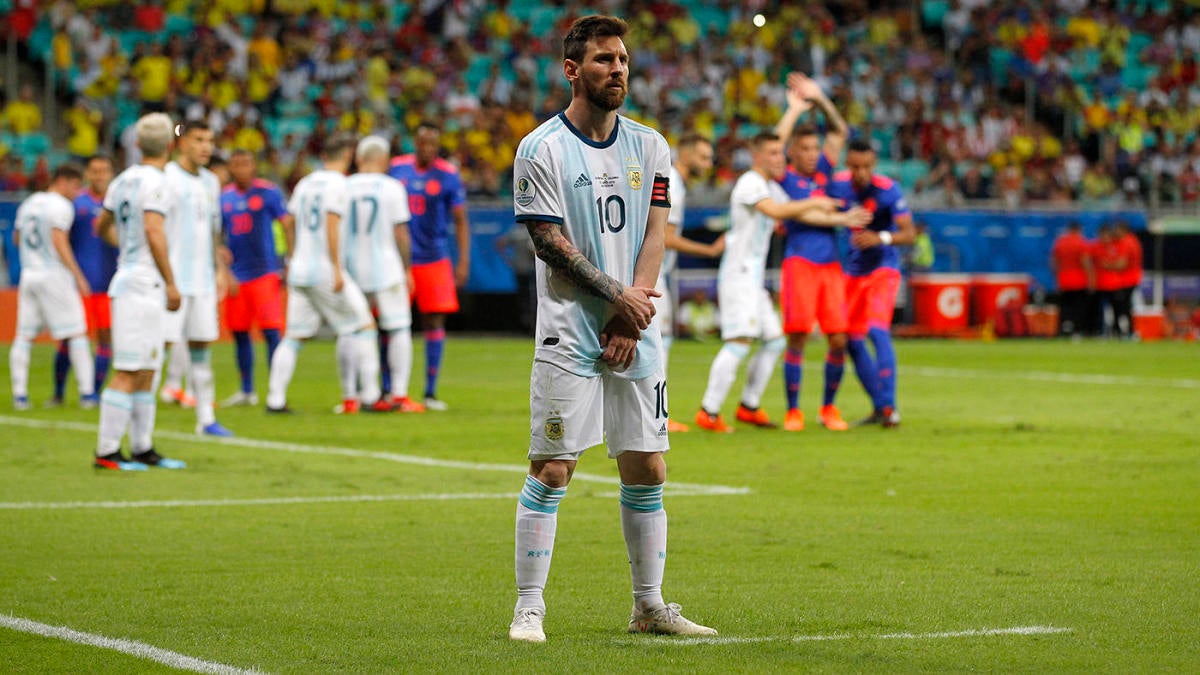 Lionel Messi didn’t just make noise during Saturday’s Copa America third-place game — he also made noise after it. Following Argentina’s 2-1 win over Chile in which he received a red card in the first half after a physical incident with Gary Medel, Messi was furious and did not hold back. He refused to accept the third-place medal by not even coming back out of the locker room, he said the tournament was corrupt and added that he believes the tournament was set up for Brazil to win. The hosts play Peru in the final on Sunday.

“I feel lot of anger because I think I did not deserve that red card because I think we were playing a very good game,” Messi told the media after the game. “We were ahead but, as I said recently, unfortunately there is a lot of corruption, the referees. … We leave with the feeling that they did not allow us to be in the final, that we were ready for better. Brazil’s match and today’s match were our two best performances, but then when you are sincere, you say things and these things happen.

“I think there is no doubt. Unfortunately I think it is prepared for Brazil [to win it]. I hope that the VAR and the referees have nothing to do and that Peru can compete because they have the team to win, but I see it difficult.”

Messi’s red card means he’ll miss Argentina’s first World Cup qualifier next March, but he didn’t seem to be too concerned after the match about his comments potentially costing him more time. Argentina has a right to be a bit upset with VAR in this World Cup after a couple incidents in the 2-0 loss to Brazil in the semifinals that weren’t at least looked at by the main official. Saying the tournament is set up for Brazil, however, doesn’t seem like the smartest way to go about it, and it wouldn’t be shocking to see him receive a further suspension as a result.

Sunday’s Copa America final between Brazil and Peru can be viewed on fuboTV (Try for free).