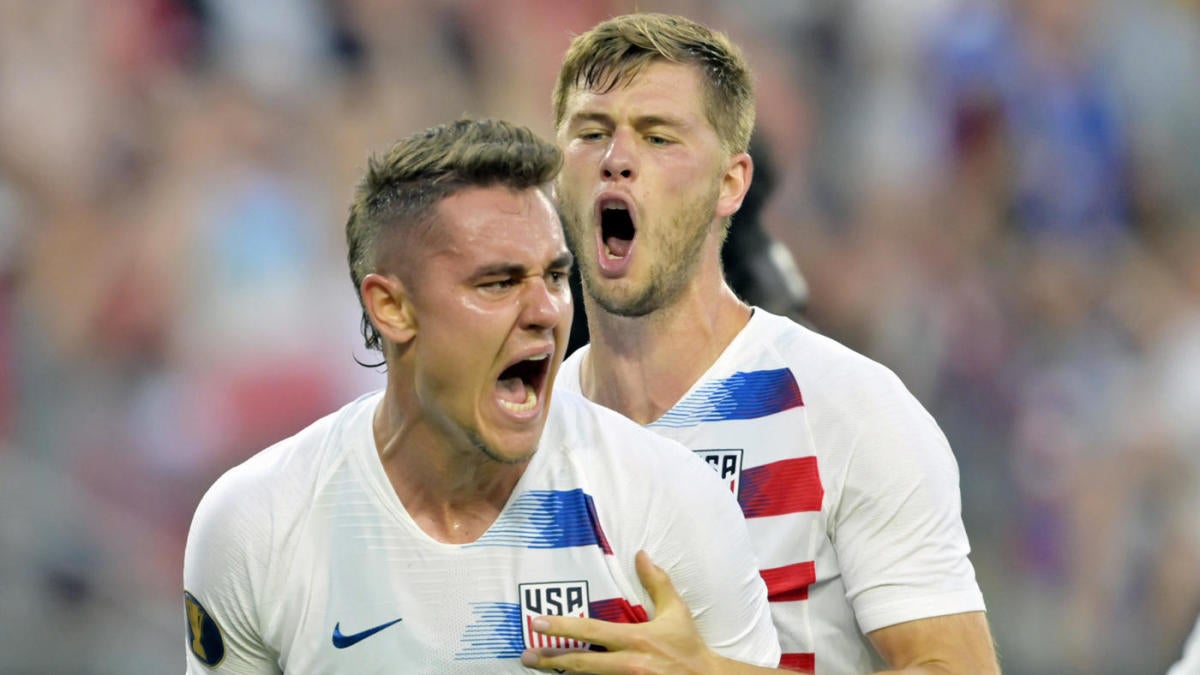 The United States can win a record-tying seventh title on Sunday when it takes on Mexico in the 2019 Gold Cup final at Soldier Field in Chicago. A seventh title would put the Americans even with El Tri for the most Gold Cup titles in history. Sunday’s game between the top powers in the region will be the sixth USA vs. Mexico matchup in the Gold Cup final. The Americans enter the match after a 3-1 win over Jamaica in the semifinals on Wednesday. One night earlier in the other semifinal, El Tri beat Haiti, 1-0, in extra time. Kickoff is set for 9 p.m. ET. The latest USA vs. Mexico odds show Mexico as a +125 (risk $100 to win $125) money line favorite, while the USMNT is going off as the underdog at +240. A draw in regulation is +215 and the over-under for total goals scored is two. Before you make any USA vs. Mexico picks, be sure to see the 2019 Gold Cup predictions from European football expert David Sumpter.

The model has taken into account that recent history favors Mexico. In the last two competitive meetings between the teams on U.S. soil, El Tri won both. Mexico beat the USA, 2-1, in a World Cup qualifier match in Columbus in November 2016. A year earlier, El Tri defeated the Americans, 3-2, in the CONCACAF Cup. In addition, Mexico is unbeaten in nine matches this year. It’s won eight times in regulation and beat Costa Rica in penalties in the Gold Cup quarterfinals.

The model also has factored in that Mexico has arguably the best goalkeeper in the tournament, Guillermo Ochoa. In the quarterfinal against Costa Rica, the 33-year-old saved a penalty in sudden death to help El Tri advance. And in the semifinal against Haiti, he kept the Haitians scoreless for 120 minutes.

The United States is playing its best soccer in quite some time. The Americans have won five straight matches, their longest winning streak since winning five straight in the 2017 Gold Cup.

The model also knows that the United States has been successful at the Gold Cup on both ends of the pitch, which shows in their tournament-best goal differential (+14). In five matches in the Gold Cup 2019, the Americans have scored 15 goals, the second most by the USA in the Gold Cup. The United States has received goals from seven players, with six scoring more than once. In addition, the Americans have allowed only one goal in five matches. This is the first time in 15 editions of the Gold Cup that the team didn’t give up a goal during its three group-stage matches.