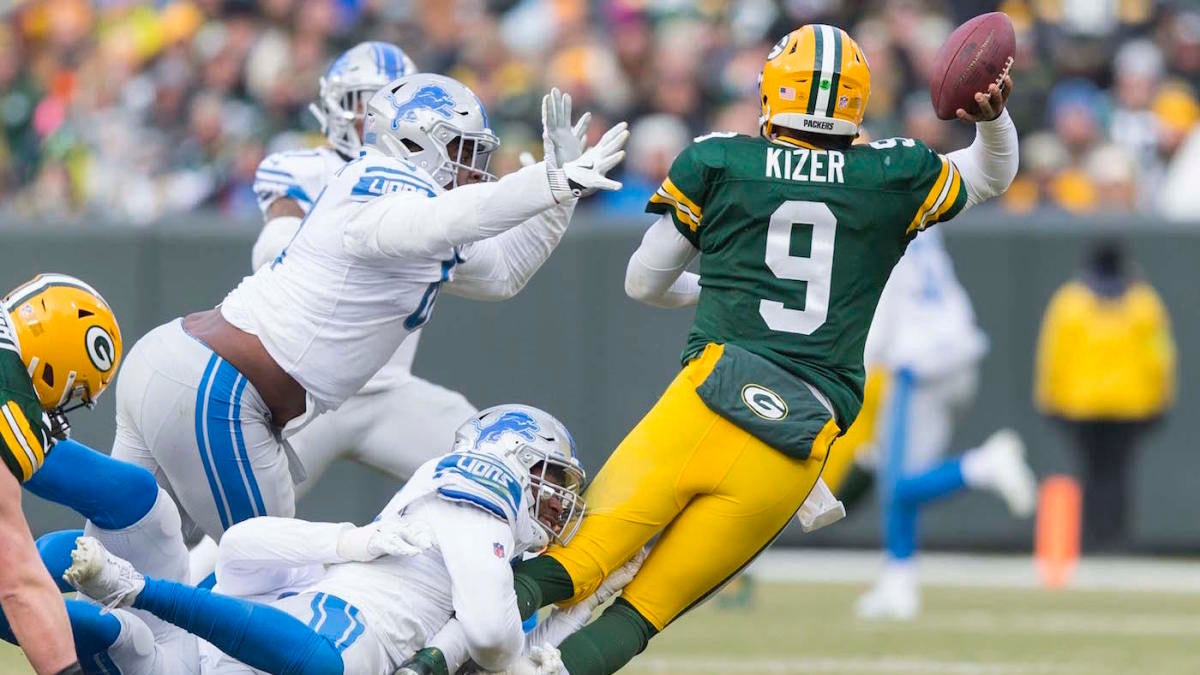 DeShone Kizer is entering the upcoming season as the backup to Packers starting quarterback Aaron Rodgers, but even after the disastrous start to his career, he doesn’t see himself as a backup quarterback. He’s dreaming of joining an exclusive club occupied by the likes of Rodgers and Tom Brady.

During a recent interview with Jim Owczarski of Packers News, Kizer revealed that he sees himself as a future Super Bowl MVP even though he’s firmly positioned below Rodgers on the depth chart and has seldom demonstrated the ability to play quarterback at the level needed to start in the NFL.

“Personnel, especially in this organization, is strictly upstairs. And I don’t work upstairs,” he said. “My office is downstairs. Therefore, my mentality is about me. I have all the confidence in the world that when I’m playing my best ball there’s no one who can stop me. For me to compare myself to another backup quarterback who’s in or a tryout guy who comes in would be dumb of me in the sense that I would be limiting myself because I don’t see myself as a career backup in this league.

“I don’t see myself as Aaron Rodgers’ backup for the final era of his career. I see myself as a future Super Bowl MVP. That’s the goal that I want to head toward. That’s the level I want to play at. Therefore, if I’m competing and focused in on the backup competition, then once again, I’m limiting myself.”

For what it’s worth, it’s better that Kizer thinks of himself that way than the alternative. That doesn’t necessarily make it a smart thing to say, but it’s not a dumb mindset. Of course, he should be striving to become more than just a backup quarterback. Of course, he should be setting lofty goals the way most professional athletes do. He shouldn’t be mocked for doing so.

But based on everything he’s done to this point in his career, there’s no reason to believe he can hit the heights he’s aiming for. A second-round pick of the Browns in 2017, Kizer started 15 games during his rookie season. The Browns went 0-15 in those games while Kizer threw twice as many interceptions (22) than touchdowns (11).

After getting traded to the Packers in the offseason, Kizer saw meaningful snaps in relief of Rodgers against the Bears in the season opener and against the Lions in the season ender. Neither appearance went well, with Kizer completing 47.6 percent of his passes, averaging 4.5 yards per attempt, throwing two interceptions and no touchdowns, and posting a 40.5 passer rating.

In Kizer’s defense, he spent his rookie season on a team coached by Hue Jackson. That’s not his fault. He then had to learn a new offense in Green Bay. His first appearance with the Packers came against the league’s best defense. He’s also only 23 years old. Nobody should completely write him off yet.

“I truly believe that I’m on an upward trajectory. I’m playing the best football I’ve ever played. I’m not turning the ball over as much anymore. I’m seeing the game. I’m learning so much from Aaron. I’m learning so much from the systems that I’ve been in that I truly believe that at any point in time as we speak, if I can continue to stay on the path that I’m on right now, that I can get back to the path that I thought that I was on as a rookie starting in this league.”

To this point in the summer, Kizer has drawn disappointing reviews as he learns new coach Matt LaFleur’s offense. But we won’t really know how he’s faring in his second year in Green Bay until the preseason, when Kizer will get a real chance to demonstrate he’s more than just backup quarterback. Based on recent history, there’s a decent chance Kizer will also get a chance to play in the regular season as Rodgers has been banged up in each of the past two seasons.