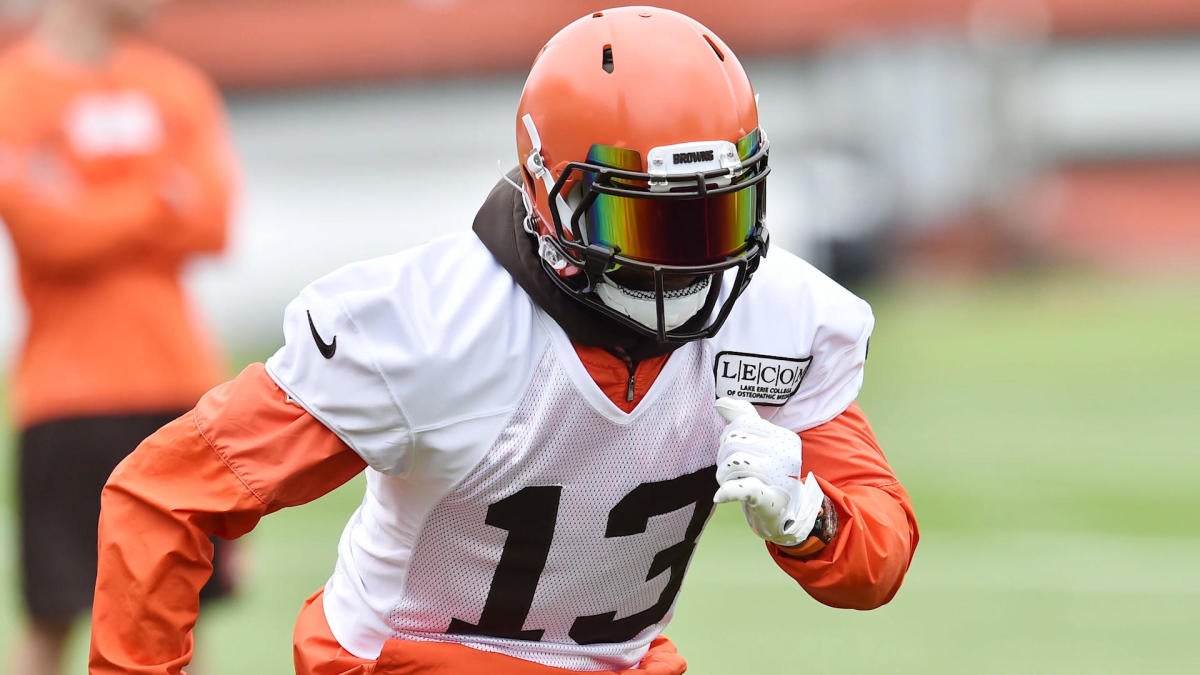 Odell Beckham Jr. was traded by the New York Giants less than a year after landing a big-money contract, and he’s yet to take a single snap with Baker Mayfield as his quarterback, but that doesn’t mean he won’t be among the top NFL wide receivers in 2019.

Forecasting the top 10 WRs entering this season on Wednesday’s edition of the “Pick Six Podcast,” Will Brinson and former NFL veteran Bryant McFadden agreed that Beckham has top-five potential for his Cleveland Browns debut.

“I can’t shake the idea that, Odell Beckham, if you give him a good quarterback … I think that you’re going to see a motivated OBJ who, like Keenan Allen, needs to come out and get 16 games under his belt,” Brinson said, before predicting big numbers for the ex-Giants star. “I’m anticipating 100 catches and 1,200 yards as a floor.”

Both Brinson and McFadden were equally sold on a big year for Julio Jones, who ranked No. 1 on McFadden’s board as “the LeBron James of the wide receiver position — a physical mismatch.” The Houston Texans‘ DeAndre Hopkins, who McFadden says has “the best hands in the game,” also received top-two consideration from both analysts, while the New Orleans Saints‘ Michael Thomas was floated as a potential top-five producer because of his “absurd” catch rate.

Be sure to check out our complete ranking of Top 10 wide receivers from the CBS staff Thursday on CBSSports.com.