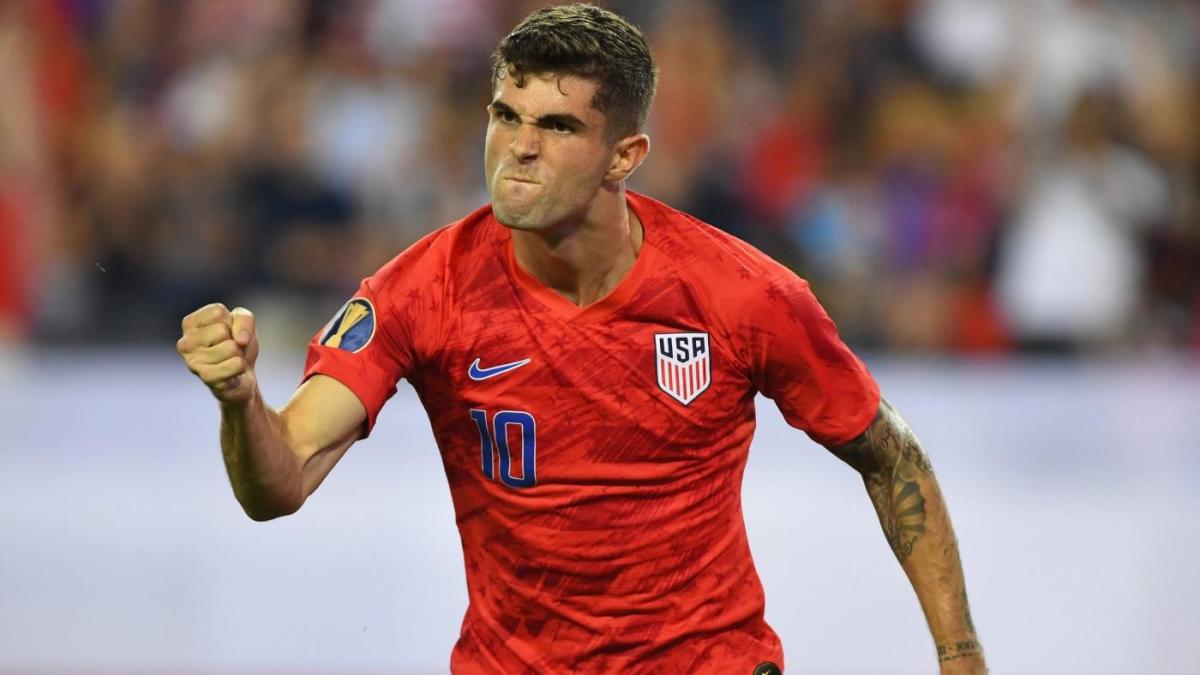 On Sunday, it will be the dream matchup in the Gold Cup final. A day after Mexico advanced to the final by beating Haiti, the United States took care of Jamaica on Wednesday, setting up a USA-Mexico title game. In a match that was delayed more than a half an hour in the first half due to weather, Christian Pulisic scored twice and Weston McKennie added another in a 3-1 victory that puts the U.S. on the verge of repeating and coach Gregg Berhalter potentially just days away from his first ever title as a manager.

After some shaky performances over the past couple of weeks, this U.S. team looked strong after Berhalter made some changes. Reggie Cannon started at right back and looked good, but the big story was Jozy Altidore getting the start at striker over Gyasi Zardes. Altidore didn’t score, but he was key on the opening goal by McKennie, using his strong body to shield off a defender. Here is the moment, which came just nine minutes in:

Then it was Pulisic’s chance to get on the scoresheet, and it proved to be the winner. 52 minutes in, on a saved shot by Jordan Morris, Pulisic was there to clean it up:

The match got tense late following Shamar Nicholson’s goal in the 69th minute to cut the USA’s lead in half, but Pulisic’s second goal made it 3-1 in the 87th minute as he finished off a rebound from a Paul Arriola shot.

The U.S. conceded for the first time all tournament and finished with 16 shots, the same as Jamaica. Despite being pretty even statistically and Jamaica having the chances to draw level, the U.S. was superior on the night and could have had a 2-0 or 3-0 lead after just 15 minutes.

It was the most encouraging performance of the competition for Berhalter’s team and gives them a lot of momentum ahead of Sunday’s final, which you can see on fuboTV (Try for free).