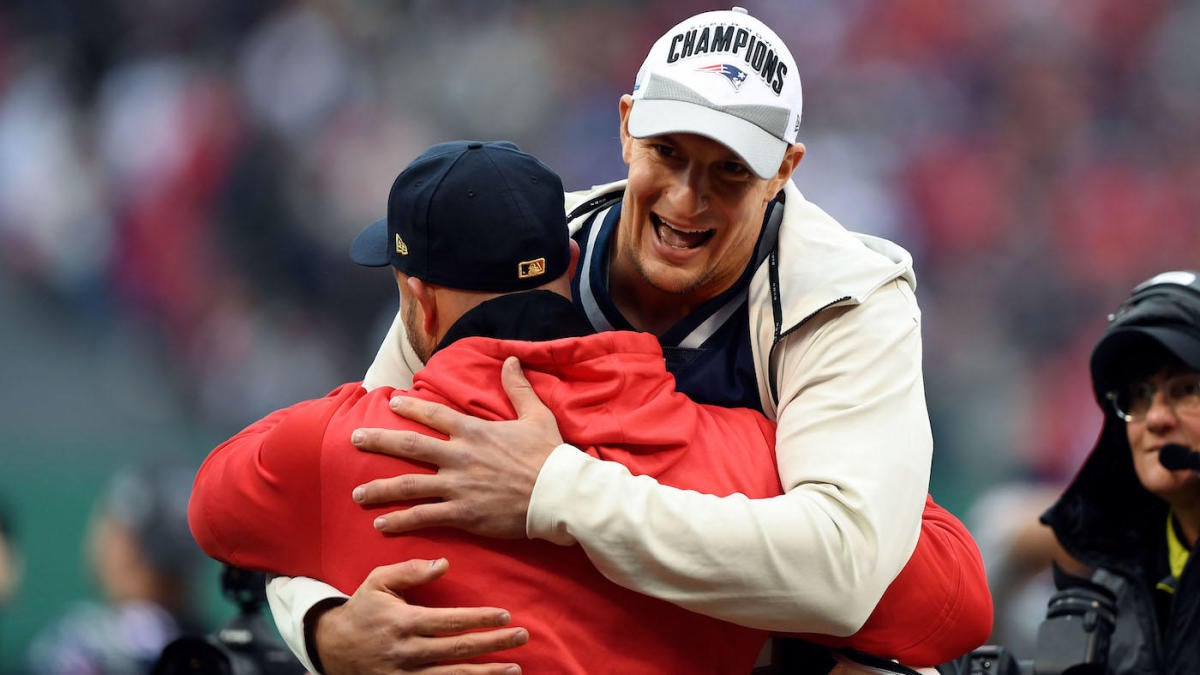 Rob Gronkowski retired this offseason, but as long as the Patriots remain without a capable replacement for arguably the greatest tight end in NFL history, rumors of a potential return are always going to persist. Gronk is only 30 years old. The Patriots haven’t been able to fill his void. And the idea of him rejoining the team for a playoff run is an intriguing one.

With that in mind, during an interview with Rich Eisen on Wednesday, Gronk himself provided an update on retirement while also kinda, maybe, but not really hinting at when he could, in theory, be talked into returning to the Patriots — again, only in theory and only half seriously.

But first, it’s worth noting that Gronk sounded like he is thoroughly enjoying retirement and “living a healthy lifestyle.”

“Just been relaxing, traveling, seeing the family, just enjoying myself,” Gronk said. “You want to know something? I never had an August off in my life. So, it’s gonna be a little different. That’s when it’s gonna start really seeing the change is when that comes around in August when I’m not in training camp. I might not know what to do with myself.”

He said he’s down to 250 pounds after spending most of his career between 260-270 pounds. So he’s not nearly as skinny as he looked at a recent public appearance. In other words, he’s not that far off from his playing weight.

“It must’ve been the angle or the shirt that was on me,” he said. “I ain’t that skinny. … I have definitely lost some weight. I’ve been 260 since I was 18 years old — from 260 to like 270. I just always wanted to see what it feels like to get down, to feel light, to feel loose, and just feel clear and feel good.”

That said, while he is loving his time away from football, he admitted that he really has no way of knowing how he’ll feel once the Patriots start playing real football games without him.

“There’s definitely going to be times when you miss it and everything,” he said. “I would also say that it’s still the offseason right now. I mean, I can’t really say how I’m going to feel about it when the games start rolling around and everything. I just felt like it was time. I feel really good right now and it was just definitely something that I just thought it was the right timing and the right thing to do. Weight wise and everything, it feels good to just have that load off your back. I mean, I’ve been playing football for 15 years straight in a row of that grind. Just relaxing right now feels good.”

And that brings us to the part about when he could, in theory, return to the Patriots. During one particular segment of the interview that you can watch below, Eisen suggested that the two act out a scene between Tom Brady and Gronk, with Eisen playing the role of Brady.

Sure enough, the topic of Gronk returning to the Patriots came up. When Eisen, pretending to be Brady, asked Gronk to come back, Gronk said, “Call me when you get to the playoffs.”

It sounded like he was joking. Gronk laughed after he said it. But he did say it.

Make of that what you will.