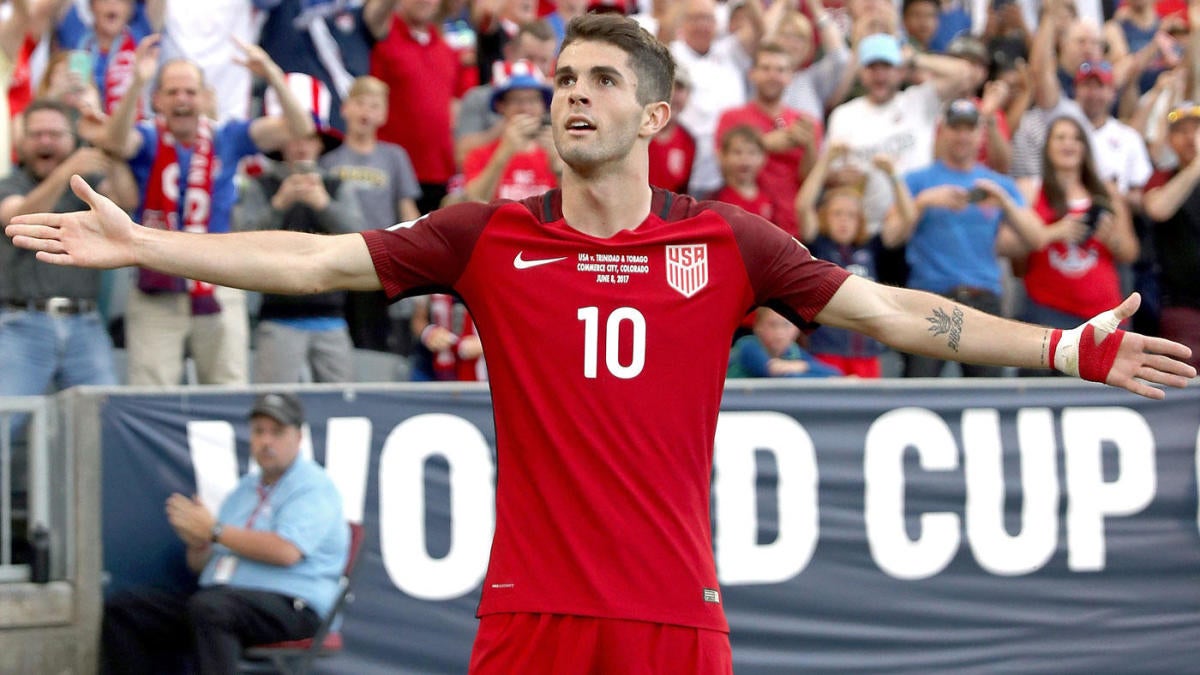 The United States is one win away from competing for its third Gold Cup championship this decade. But standing in the way is a Jamaica side that is eager to break through with its first title following consecutive runner-up finishes. The clubs collide Wednesday night at 9:30 p.m. ET in a 2019 Gold Cup semifinal at Nissan Stadium in Nashville. They have met in the past two editions of the tournament, with Team USA winning 2-1 in the 2017 final. Jamaica prevailed 2-1 in the 2015 semifinals. Team USA is a -210 money-line favorite (risk $210 to win $100) while Jamaica is a +600 underdog (risk $100 to win $600) in the latest USA vs. Jamaica odds. The draw is offered at +310 and the over-under for total goals scored is 2.5. Before you finalize your USA vs. Jamaica picks, make sure you see the 2019 Gold Cup predictions from European football expert David Sumpter.

The model has nailed the United States’ last three victories in the Gold Cup, predicting wins over Curacao, Trinidad and Tobago and Panama. What’s more, model is crushing its 2019 Women’s World Cup picks, returning over $1,100 to anyone following it. The model correctly predicted the stunning Japan-Argentina draw (+825) — a more than 8-1 long shot — and is coming off an impressive quarterfinal performance in which it called Sweden’s shocking victory over Germany, England beating Norway and the Netherlands’ 2-0 win over Italy. It also called the exact 2-1 final score in the USWNT’s semifinal win over England.

Now, the model has its sights set on USA vs. Jamaica in the 2019 Gold Cup. We can tell you it’s leaning toward the under 2.5 goals, but its much stronger play is on the money line. You can see that pick exclusively at SportsLine.

The model has taken into account that Team USA was generally disappointed with its quarterfinal performance against Curacao, with players and coaches lamenting a lack of intensity and focus. But at least one bright spot came from the effort of rising star Christian Pulisic, who assisted on the game’s only goal and led the offense to numerous scoring chances. The 20-year-old served as team captain for the first time on U.S. soil.

Pulisic is from Hershey, Penn., and was playing in front of a large contingent of friends and family at Lincoln Financial Field in Philadelphia, about 100 miles away. Pulisic last captained the Americans in a 1-0 loss to Italy in Belgium last November. Pulisic is now the tournament’s leader in assists, with three in four matches.

Just a month ago, the Reggae Boyz beat the United States 1-0 in a friendly at Audi Field in Washington, D.C. And Jamaica’s roster features 12 players who play professionally in the United States. Midfielder Je-Vaughn Watson is a veteran of three Gold Cups with four international goals to his credit. He played for the New England Revolution in Major League Soccer and 2017 and currently suits up for the OKC Energy of the USL.

Winger Leon Bailey, 21, is seen as a rising star who made his debut with the Jamaican side on June 19 in its Gold Cup opener against Honduras. Jamaica won 3-2 and, though Bailey didn’t score, his presence helped keep pressure off his teammates and Dever Orgill managed two first-half goals. Bailey signed a $20 million contract with Bayer Leverkusen in 2017 and scored 12 goals in 34 matches.