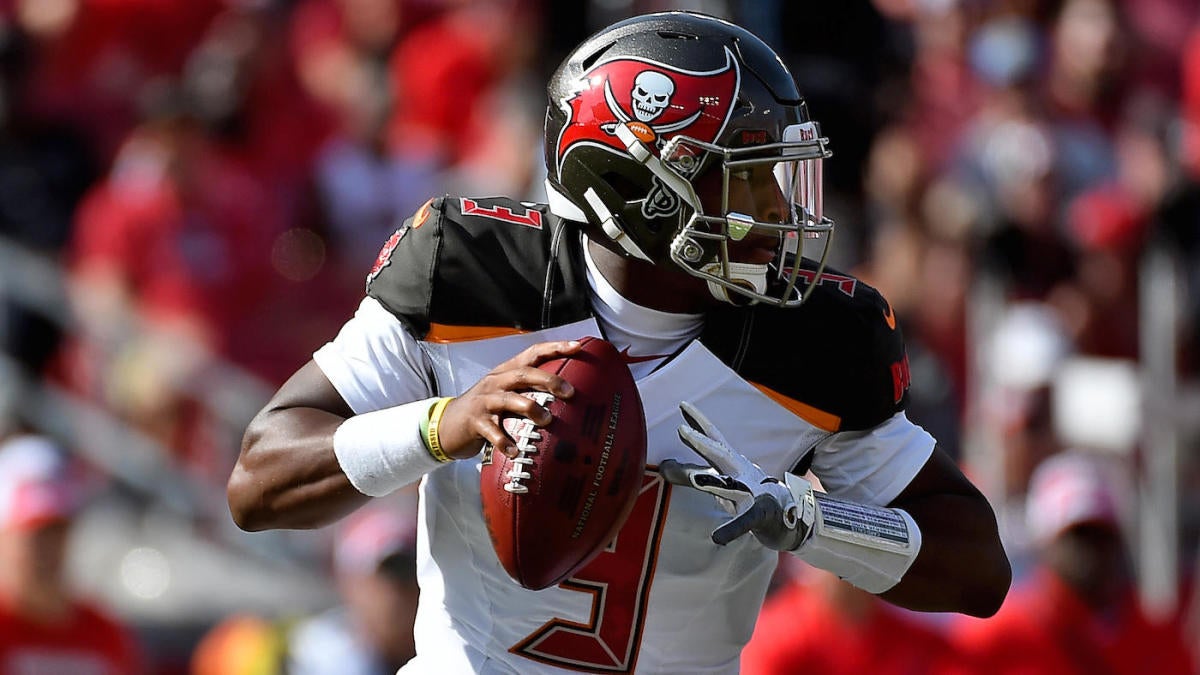 Heading into training camp last year, there were plenty of questions surrounding three-time NFL Defensive Player of the Year J.J. Watt. Injuries had limited Watt to eight games over the prior two seasons. Watt’s play in 2018 provided all the answers. He led the AFC with 16 sacks while being named first team All-Pro for the first time since 2015. What a difference a year makes.

A different set of players face a crossroads or have something to prove every year for a variety of reasons. The most common reasons are related to age, contract or salary cap concerns, injury, poor performance or off-field issues.

Below, I’ve listed 10 players to keep an eye on during the 2019 season fitting into one of the previously mentioned categories.

There was plenty of speculation last season that Winston wouldn’t remain in Tampa on his $20.922 million fifth-year option. Winston played well enough down the stretch once he regained the starting job from Ryan Fitzpatrick after a midseason benching for the Buccaneers to give him a fifth year despite off-field transgressions and being plagued by turnovers.

Winston served a three-game suspension at the start of last season under the league’s personal conduct policy for allegedly groping a female Uber driver in 2016. In terms of on-field issues, only Steelers quarterback Ben Roethlisberger has thrown more than Winston’s 58 interceptions since his NFL career began in 2015.

Winston starting to live up to the potential that made him 2015’s first overall pick under new head coach Bruce Arians would likely extend his stay in Tampa beyond 2019 whether on a franchise tag or with a long-term deal. The non-exclusive quarterback franchise tag should be around $27 million in 2020.

Arians is known as a quarterback whisperer primarily because of his work with Peyton Manning early in his career, Roethlisberger’s ascension as an upper echelon passer and for resurrecting Carson Palmer’s career when he was with the Cardinals.

Like Winston, Mariota is playing under a $20.922 million fifth-year option, but for different reasons. His progress stalled during his first three NFL seasons in former head coach Mike Mularkey’s “exotic smashmouth” offense. The Titans weren’t able to determine whether 2015’s second overall pick was the quarterback of the future in 2018 because he was slowed by an elbow injury on his throwing arm for a good part of the season.

The Titans would likely make a long-term commitment to Mariota, which would probably be north of $25 million per year, with an injury-free 2019 where he shows more consistency as a passer. The Titans acquired Ryan Tannehill, who has started all 88 games he’s played in his seven NFL seasons, from the Dolphins as an insurance policy in case Mariota can’t stay healthy or falters.

Manning reportedly plans to play somewhere in 2020. But a 17th NFL season may not be in New York, with the Giants putting a succession plan in place at quarterback by using the sixth overall pick in this year’s draft on Daniel Jones.

The Giants lost seven of their first eight games in 2018; another slow start could make benching Manning inevitable because 2019 is his contract year and Jones is waiting in the wings. Manning could have a hard time finding a starting job in 2020 without playing well this season.

The Ravens put Flacco on notice by taking 2016 Heisman Trophy winner Lamar Jackson with the last pick in the first round of the 2018 NFL Draft. Flacco’s hip injury nine games into last season gave Jackson an opportunity to start, and the veteran never got back in the starting lineup. Jackson provided a spark to the offense, which helped the Ravens reach the playoffs.

Flacco was dealt to the Broncos in March for a 2019 fourth-round pick. The Super Bowl XLVII MVP could be on the move again in 2020 if he can’t provide the stability at the quarterback Denver has been missing since Peyton Manning retired in 2016 after Super Bowl 50. The Broncos would pick up $20.25 million of salary cap room by parting ways with Flacco next offseason.

Beasley has been a disappointment since leading the NFL with 15.5 sacks in 2016. He has 10 sacks in the 30 games he’s played following what was considered his breakout performance. The lack of production over the last two seasons wasn’t enough for the Falcons to walk away from Beasley’s $12.81 million fifth-year option before it became fully guaranteed in mid-March.

Beasley can put himself in position for a big payday in 2020 by proving this season that 2016 wasn’t a fluke. Players with a demonstrated ability to put pressure on opposing quarterbacks are paid a premium.

Reed was one of three tight ends from the 2013 draft class who signed a contract near the top of the tight end market in 2016. The other two tight ends, Zach Ertz and Travis Kelce, have put themselves in the discussion to be considered the NFL’s best tight end with Rob Gronkowski retiring. Reed has missed 17 games since he signed a five-year, $46.75 million contract extension.

Another injury-plagued season may be Reed’s last in Washington, considering he is scheduled to make $17.5 million in the last two years of a contract expiring after the 2021 season.

Collins found out the grass isn’t always greener on the other side during his two-and-a-half seasons with the Browns. The only thing greener for Collins’s stint in Cleveland is his wallet. He made $27 million from the four-year deal he signed in January 2017 before his release in March.

Collins has returned to the Patriots on a one-year, $2 million deal containing an additional $2 million in incentives. He played his best football with the Patriots, earning All-Pro honors in 2015. Collins has reportedly made a great impression since returning to New England, who drafted him in 2013’s second round before trading him to the Browns during the middle of the 2016 season.

Parker hasn’t lived up to the lofty Demaryius Thomas comparisons former Dolphins head coach Adam Gase made about the two wide receivers. The wait continues for Parker’s long anticipated breakout season. The 2015 first-round pick is consistently impressive during the offseason but has been slowed by leg injuries once actual play begins.

Parker renegotiated his $9.387 million fifth-year option into a two-year, $10 million deal worth up to $13 million through incentives since the Dolphins probably would have released him rather than have the option become fully guaranteed. If Parker at age 26 can’t better his career bests of 57 receptions and 744 receiving yards this season, he may not get a sixth year in Miami.

A broken foot derailed a promising 2016 season for Johnson, which opened the door for A.J. Bouye’s emergence. Johnson didn’t make anybody in Houston forget Bouye, who left for the AFC South rival Jaguars during free agency, in 2017. An early season MCL sprain kept Johnson out for several weeks. He didn’t play well after returning.

Despite this, the Texans picked up Johnson’s $9.069 million 2019 fifth-year option last offseason. 2018 was a lost season for Johnson. He was put on injured reserve after suffering a concussion in the season opener against the Patriots, and the Texans released Johnson in March before his option year became fully guaranteed.

Johnson quickly signed a one-year, $3 million deal with the Bills worth a maximum of $5.5 million through incentives. Emerging from a training camp battle to start at right cornerback would be the first step in Johnson getting his career back on the right track.

A lack of high-quality offensive linemen in Arizona made keeping Humphries on his $9.625 million fifth-year option a necessity despite an inability to stay healthy. Humphries has only played 27 games in four NFL seasons. He’s ended the last two on injured reserve with knee injuries.

Shaking the injury bug could put Humphries in line for a long-term deal averaging more than his option year salary given the way halfway decent offensive lineman, particularly left tackles, are paid on the open market.