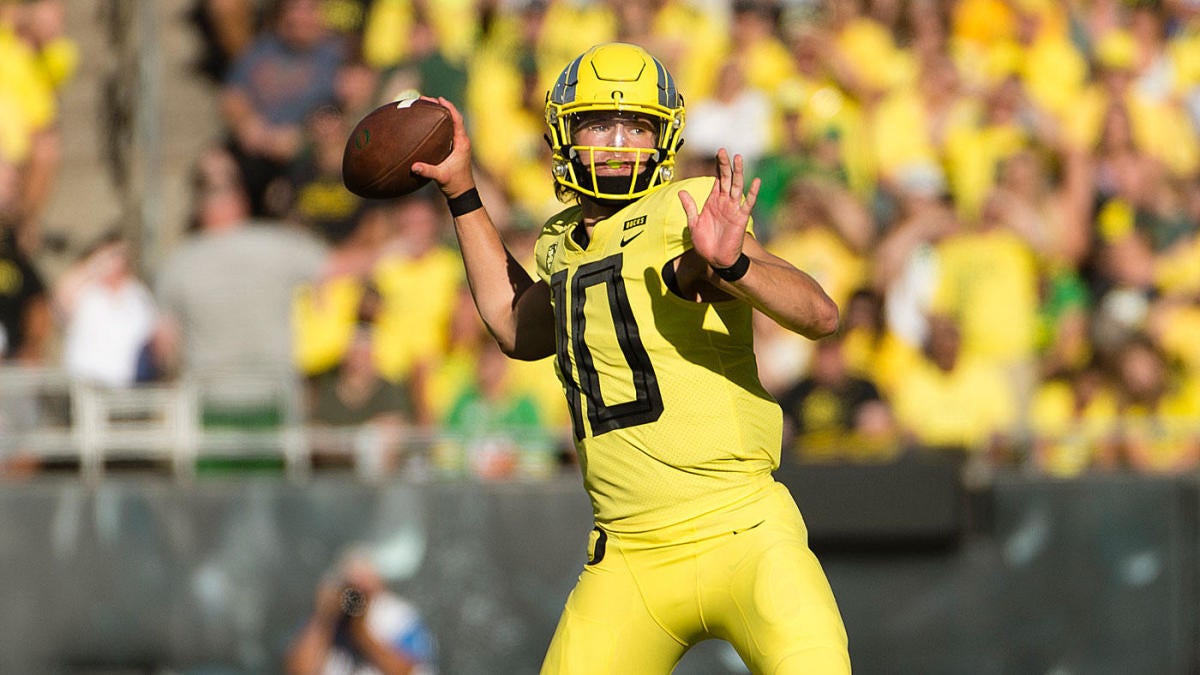 With the emergence of the Browns, a dominant run game in Baltimore, life without Antonio Brown in Pittsburgh, and a new head coach in Cincinnati, the AFC North is easily one of the NFL‘s most compelling divisions.

Today, we head to the AFC North.

Brown was a gigantic recruit out of high school — both literally and figuratively — as the No. 9 overall player in the 2016 class who stood 6-foot-5 and weighed 330 pounds. Some of the recruits ahead of him? Rashan Gary, Dexter Lawrence, Ed Oliver, and Nick Bosa, all top 20 picks in the 2019 Draft.

He’s slimmed down to the 315-320 pound range, and the closer to 300 he is, the better. Dropped weight will improve his already impressive movement skills and aid his pass-rushing ability. Brown’s tackle-for-loss and sack statistics have increased in each of his three seasons at Auburn, and as a junior in 2018, he had 10.5 tackles for loss and 4.5 sacks. Right now, the 21 year old is further ahead stopping the run than he is getting after the passer, but that doesn’t mean he can’t generate pressure. He was dominant as a run defender in 2018.

Brown boasts one of the most powerful, efficient bull rushes in the country. Check this one against Texas A&M last year:

The Ravens love deploying larger, wider defensive linemen up front who can play multiple positions. In theory, Brown could man an end position in a traditional 3-4 base but would be best in the middle.

Nose tackle Brandon Williams floated with elite status at the position early in his career. He’ll be 31 in 2020 and his play as dipped of late. If he’s designated a post June 1 cut, Baltimore would save $9.2 million in cap space with $4.9M dead cap hits in 2020 and 2021. Even if Williams stays on the roster, the Ravens don’t have much interior defensive line depth behind him that can be routinely effective on pass plays.

Brown needs to take another step forward in the pass-rushing department but would be a young, highly talented addition to Baltimore’s front.

Taylor didn’t earn much draft buzz after an eight-sack, 11-tackle-for-loss redshirt junior season for the Volunteers, so he decided to return for his senior season. At 6-4 and 247 pounds, Taylor has the frame of a stand-up outside linebacker.

The Tennessee star plays with plenty of power and quickness around the edge and can bend it to get to the quarterback. That’s vital. Here against Georgia, Taylor — lined up at left defensive end — used an awesome speed rush to get the strip sack of Jake Fromm:

While Watt’s contributions have mostly been positive, the same isn’t true for Dupree, and he’s set to hit free agency in 2020. The Steelers actually finished seventh in defensive pressure rate a season ago (36.5 percent), but a big portion of that pass-rush productivity came from down linemen Cam Heyward, Stephon Tuitt, and interior rusher Javon Hargrave.

Teams have to load up on edge rushers in today’s NFL, and even with Watt emerging as a reliable player at the position, heading into the 2020 Draft, Pittsburgh will likely be intrigued by someone with the aggressive pass-rushing skills of Taylor.

Injuries have robbed Adams of considerable playing time over the past two seasons. He tore his ACL in October of 2017 and had surgery on bulging disks in his back early in the 2018 season but remarkably returned to man the left tackle spot for the Huskies in the final four games of the season.

At 6-8 and around 310 pounds, Adams is a mammoth presence on the edge. While not the most nimble blocker in the country, he plays with effortless power and outstanding balance for a blocker with his towering frame. Check his lateral mobility on this rep against Ohio State in the Rose Bowl:

For as loaded as the Browns are on both sides of the football in 2019 and beyond, the offensive line is shaky, especially after including star right guard Kevin Zeitler in the Odell Beckham trade. But the big future problem could center around the tackle position. Greg Robinson is set to play left tackle this season, and while he was better in 2018 with Cleveland than he’d been earlier in his pro career, he was a liability in many situations.

Chris Hubbard is the penciled in starter on the right side and is a middle-of-the-road player at best.

Adams will be an older prospect, but if he stays healthy, his age, experience and talent would give the Browns an instant starter at the premium position they very well may need to address in 2020.

Herbert had a sophomore season that put him on the draft radar. As a 19-year-old, he completed over 67 percent of his passes at 9.6 yards per attempt with 15 touchdowns and five picks.

Most of Herbert’s efficiency figures dipped in 2018 — 59.4 percent completion, 7.6 yards per attempt — but he threw 29 touchdown to just eight interceptions and put an assortment of ridiculously difficult pinpoint throws on film. While he wasn’t consistent drifting away from pressure inside the pocket, he flashed the ability to do so. For comparison sake, Herbert experienced Sam Darnold-like low lows and amazingly high highs at a young age.

The 6-5 Herbert unloaded a back-shoulder rope 40-yard downfield against Cal last season. These type of throws popped up somewhat often:

By 2020, the Andy Dalton experiment will have run its course with at times great, at times brutal, and mostly mediocre results.

New head coach Zach Taylor will likely be ready for his own choice at the most critical position on the field, and Herbert would give Cincinnati a modern-day prototype at the position with his athleticism, ability to stretch the field with his strong arm, and willingness to win from inside the pocket.