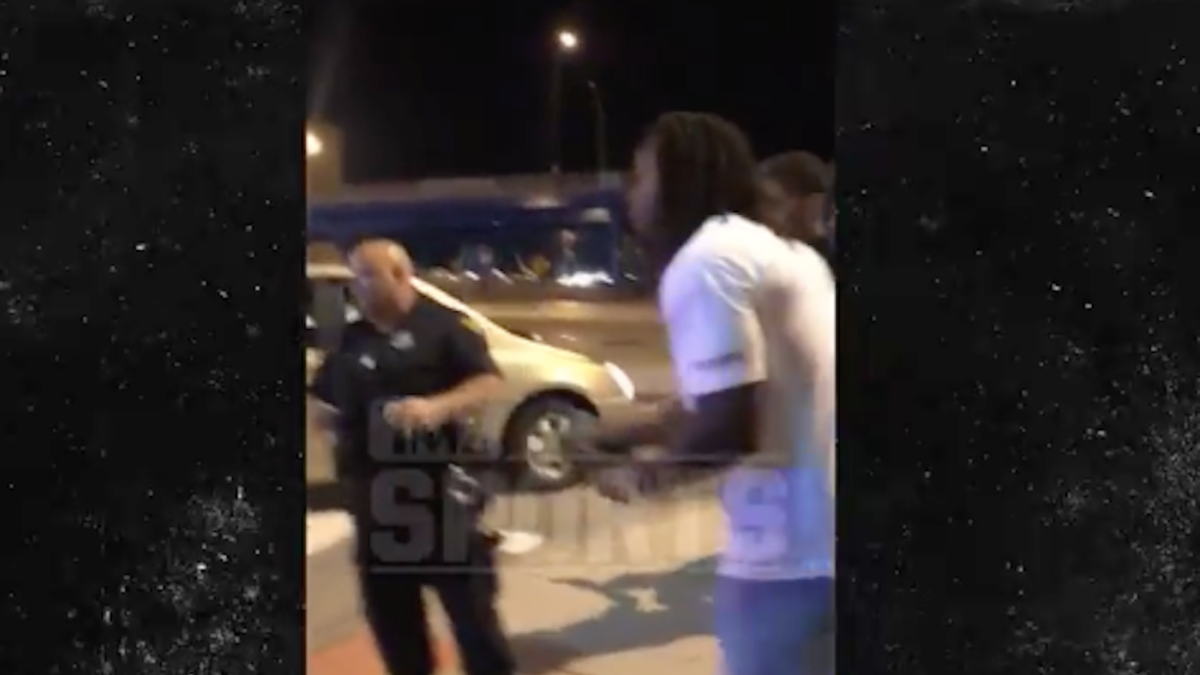 Former rushing leader Kareem Hunt, who lost his job with the Chiefs in the middle of the 2018 season because video of him assaulting a woman inside a hotel hallway emerged, is back in the news after being filmed arguing with police officers outside of a Cleveland nightclub this past weekend.

TMZ obtained and published the video, which does not feature any violence and which might not even qualify as a heated argument. But it also apparently occurred following a reported “physical altercation” between Hunt and another man at the club.

Per the report from TMZ, Hunt was down at “the Barley House party spot” over the weekend, spending Saturday evening with “a bunch of friends” and also “stayed late into the evening.”

A witness from the scene told TMZ that Hunt “was involved in a physical altercation with another man before the cops came over” but the witness also added he wasn’t sure if the fight was “real” or if Hunt was “just horsing around with a buddy.”

Mary Kay Cabot of Cleveland.com reports there was a “small argument” between Hunt and his friends, which was confirmed by the Barley House bar owner based on comments by his staff.

The 23-year-old running back spent the end of 2018 as a free agent likely facing a suspension after multiple off-field incidents and video evidence of his actions led to the Chiefs releasing him. Hunt, who led the NFL in rushing in 2017 with 1,327 yards as a rookie, would land with the Browns and the man who drafted him, John Dorsey, this past offseason.

Hunt would be suspended eight games by the NFL, chopping off half his season in Cleveland. When signing with the Browns and answering to the suspension, Hunt promised a “better version” of himself.

This video is not any kind of indictment of Hunt nor is it any real indication of negative off-field actions on the running back’s part. However, it should be a clear reminder about what he’s facing in terms of an uphill battle to get back on the field.

Hunt is a celebrity. He’s also someone who could be considered a target because of his past; if he goes out to a nightclub with friends and stays for a lengthy period of time, he could potentially be the focus of other people at the club in terms of someone who might be willing to engage in a fight.

Additionally, Hunt made it clear that alcohol may have played a role in the multiple previous off-field incidents. It might behoove him to spend his free time somewhere other than a nightclub late at night. Nothing good happens after midnight is a lesson that often falls on deaf ears when you talk about 23-year-olds.

Dorsey promised a “zero tolerance” approach to Hunt when the controversial running back was signed. Hunt is only on a one-year deal and he’s operating as the backup to Nick Chubb.

The Browns said in a comment to Cleveland.com they have spoken with Hunt but will have no additional comment at this time. The NFL declined comment as well.