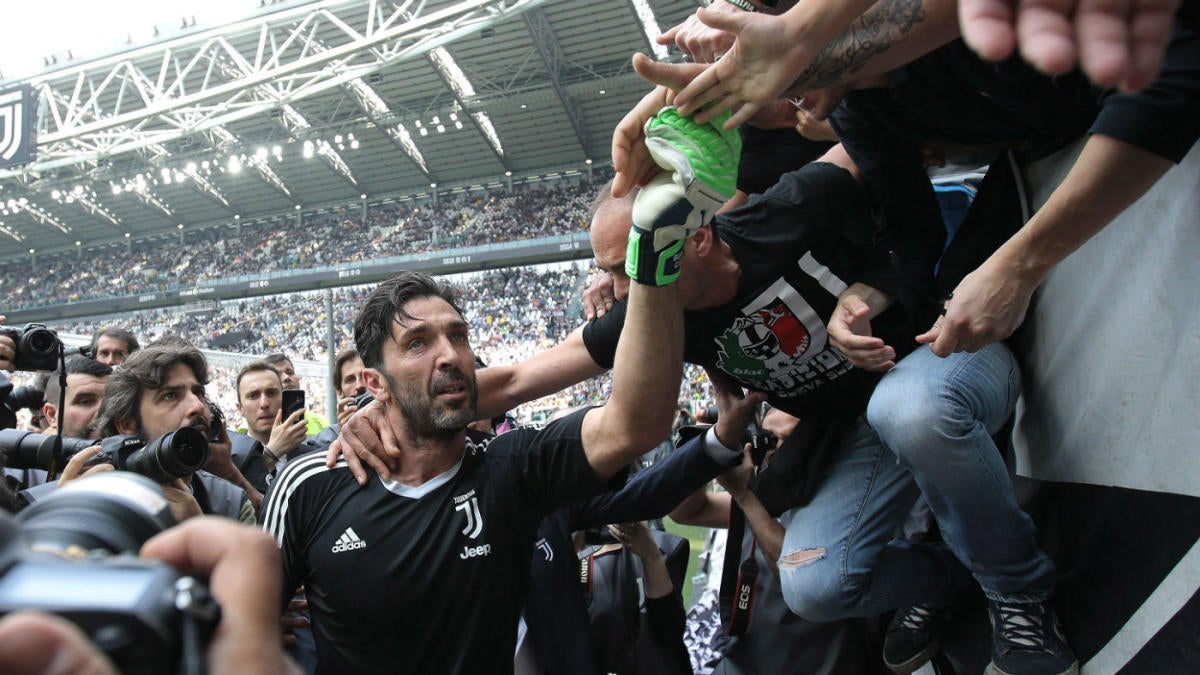 Gianluigi Buffon is going back to Juventus. According to ESPN, Buffon has agreed to a one-year deal to rejoin Juventus after one season at PSG. The former Italian international’s return to Italy comes after the club hired Maurizio Sarri to replace Massimo Allegri as manager.

Buffon left Juventus last summer and was replaced by Wojciech Szczesny, who helped lead the club to its eighth straight Serie A title after winning the previous seven with Buffon. It’s unclear whether the 41-year-old would return as a certain starter for the club, though the report suggests that the expectation is for him to be the backup, with the reserve goalkeeper Mattia Perin set to leave the club. Buffon joined Juve in 2001 and played 17 years, winning the league on 11 occasions and making three Champions League finals, losing all of them.

His contract expired with PSG at the end of this past season.

The 2006 World Cup winner with Italy is viewed as one of the best goalkeepers of the last several decades with his cat-like reflexes, popular personality and love for the game. Buffon started his career with Parma and played over 500 matches for Juve in his first stint.