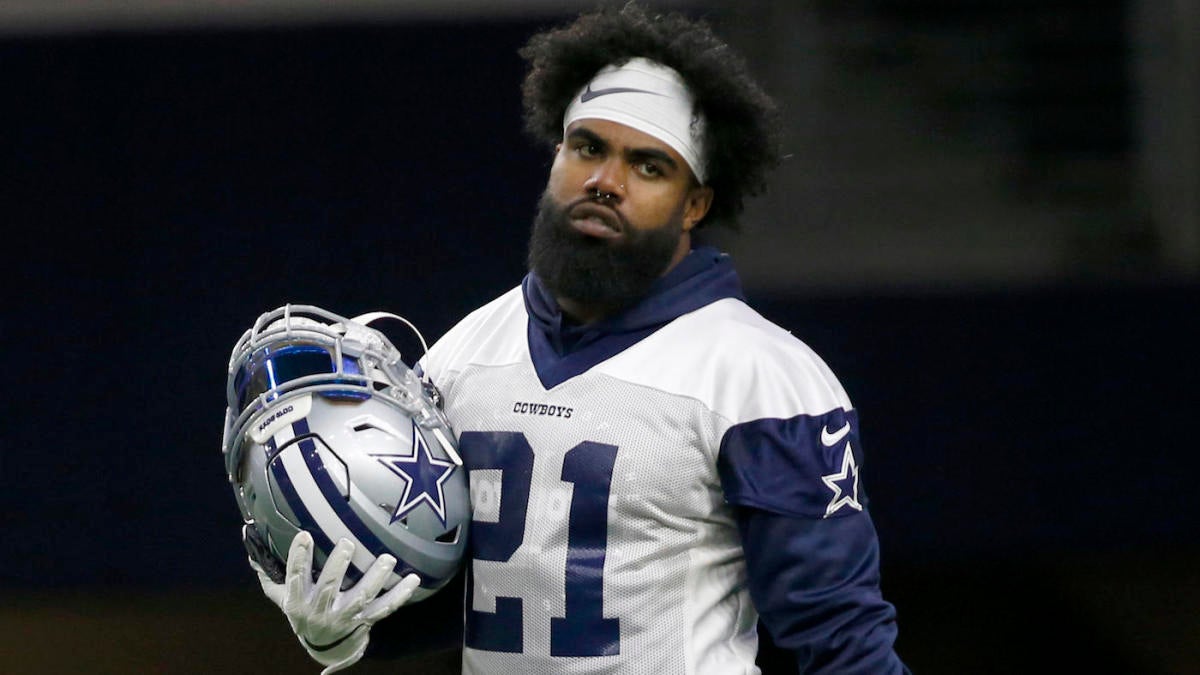 After meeting with NFL commissioner Roger Goodell on Tuesday to discuss an incident from May that didn’t involve an arrest but did involve handcuffs, Cowboys running back Ezekiel Elliott released a statement to apologize for what he called a “poor decision.”

It’s still not known if Elliott will face a suspension.

“Earlier today, I met with the Commissioner to share with him what occurred in Las Vegas and what I have learned from that incident,” Elliott wrote on Twitter. “I’ve worked hard to make better decisions and to live up to the high standards that are expected of me. I failed to do that here and I made a poor decision. I apologized to Kyle Johnson at the time and I meant it.

“I need to work harder to ensure I do not put myself in compromised situations in the future. I am rededicating myself to use all of the resources that the league has made available. But in the end, it is up to me and I am determined not to be in this position again.”

In video footage that TMZ obtained and released in May, Elliott appeared to push an event staffer into a guardrail that toppled over. Elliott was handcuffed, but not arrested. But just because he didn’t face any legal repercussions doesn’t mean he won’t face any discipline from the NFL, which Elliott is surely aware of. Elliott missed six games of the 2017 season due to a suspension that stemmed from domestic violence allegations that did not result in any legal charges.

According to NFL Network’s Mike Garafolo, the Cowboys sent counsel to Elliott’s meeting with Goodell, like they did back in 2017. Garafolo also speculated that Elliott wouldn’t be suspended, though it’s worth reiterating that Garafolo was only making an educated guess. We still don’t know for certain if Elliott will be suspended.

The incident came during an important offseason for Elliott, who could be getting a new long-term contract in the near future. Through three seasons in the NFL, Elliott has totaled 5,247 yards and 34 touchdowns from scrimmage — no player has racked up more total yards in that span and only have four have scored more total touchdowns. From a pure football standpoint, Elliott has done everything in his power to get a new lucrative contract from the Cowboys before his rookie deal expires after the 2020 season.

But the Cowboys might also factor in his off-field issues and the overall value of the running back position. Considering they have other long-term deals to sort through — from Dak Prescott’s to Amari Cooper’s — there’s a chance Elliott might have to wait a little while longer. Obviously, another suspension could impact how the Cowboys treat contract negotiations — not to mention, it would be a big blow for the Cowboys as they enter the upcoming season eyeing their first Super Bowl since the 1995 season.