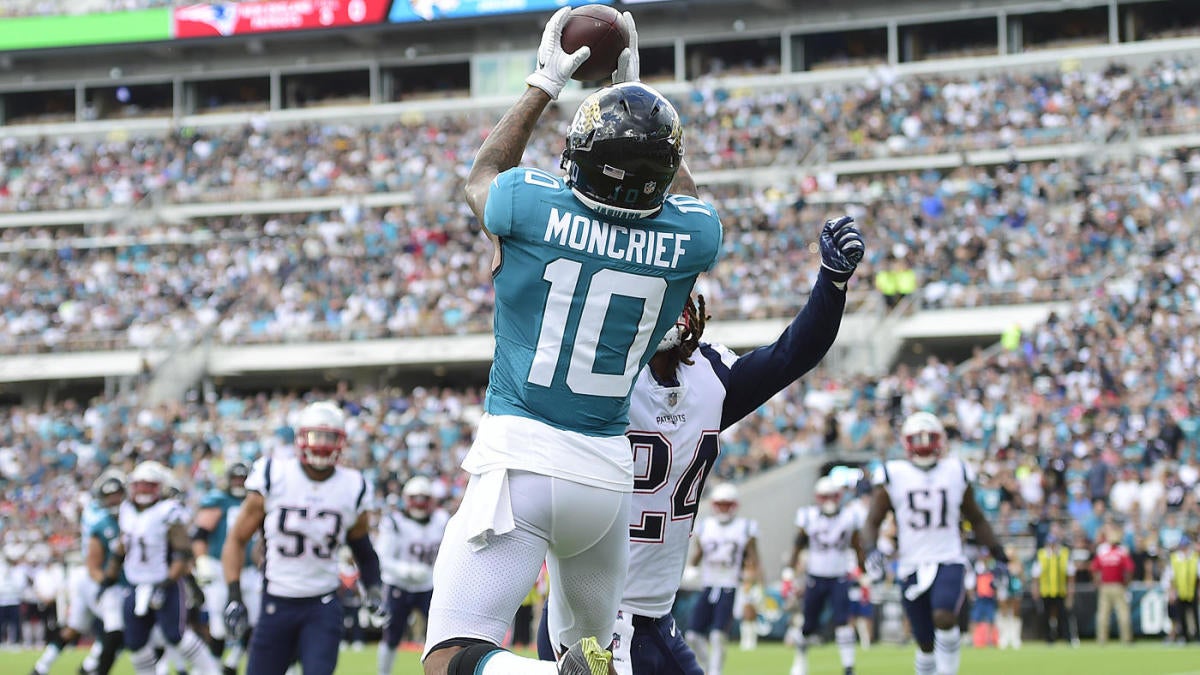 The Steelers‘ offense was among the league’s best a season ago and Antonio Brown was a big part of that. The 30-year-old had 104 receptions for 1,297 yards and 15 touchdowns and regularly required double teams which opened things up for JuJu Smith-Schuster, Vance McDonald, James Conner and the rest of the pass catchers.

Brown is now in Oakland — he forced his way out of Pittsburgh, in part because of a falling out with quarterback Ben Roethlisberger — and the Steelers spent the offseason trying to retool the offense in a post-Brown world. That included drafting Toledo’s Diontae Johnson in the third round and signing former Colts third-rounder Donte Moncrief, who spent last season with the Jaguars after four years in Indianapolis.

Moncrief’s career can kindly be described as replacement-level; a burner coming out of Ole Miss, he has yet to live up to expectations during his five years in the league. His best season came in 2015, with Andrew Luck, when he had 64 receptions for 733 yards and six touchdowns. In 2018 with Blake Bortles and Cody Kessler throwing him passes, Moncrief had 48 catches for 668 yards and three scores. Now in Pittsburgh, and on the receiving end of passes from Ben Roethlisberger, the sense is that Moncrief’s best football could still be ahead of him.

“For a guy that hadn’t been in the system, he’s really done some things that are innate,” Steelers receivers coach Daryl Drake said recently, via the Pittsburgh Tribune-Review. “He does some things that come natural. Picking up the system, there are times when you get a guy, you bring him in and he’s been in two or three different systems and those systems start running together.

“But he’s been able to distinguish the differences and go out there and do things that make my job a lot easier because he has a feel for the position. One thing he’s doing is playing with a lot of confidence, and Ben has confidence in him. He’s just got to continue to grow.”

Roethlisberger has been impressed with what he’s seen too.

“I wasn’t really sure what to expect when he came in,” Roethlisberger said last month, via The Athletic‘s Mark Kaboly. “I didn’t know him and now just getting to see his work ethic, the type of person he is, his desire to be great, his knowledge of the offense already. We’ll do no-huddle stuff and I’ll give him a signal and I’ll be like, ‘You good?’ and he’ll be like, ‘Yeah.’ He is in with coach Drake every single morning, pretty much all day.”

Drake and Moncrief have spent a lot of time together in recent months and it’s paying off.

The chemistry between quarterback and receiver already appears to be there.

“I feel like you can tell from practice,” Moncrief said. “[Ben’s] trusting me. He trusts that I’m in the spots that I’m supposed to be in. He believes in me in being in spots. As long as we continue to throw and get plays in, we can continue to get better, and it will make the season fun.”

Smith-Schuster, who has graduated to the No. 1 receiver and will welcome all the help he can get, noticed Moncrief’s work ethic early in the offseason.

Perhaps more importantly, the Steelers are no longer the off-field spectacle they were during the latter part of Brown’s tenure.

“The chemistry is on point,” Smith-Schuster said last month. “Everyone is on the same page. Everyone is communicating. There’s really no — how do you say? — drama in our locker room.”