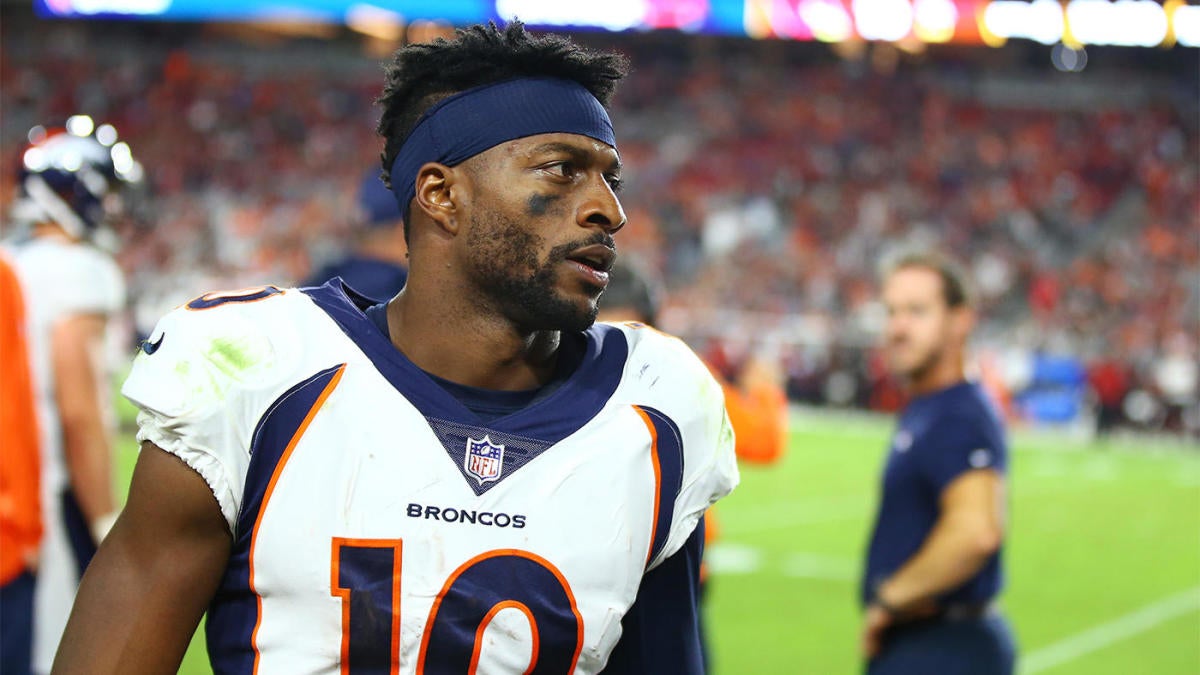 It turns out, there’s a chance the Broncos won’t be forced to begin the upcoming season without their best receiver.

Despite tearing his Achilles in December, Emmanuel Sanders believes he could make his return to the field in Week 1, when the Broncos head to Oakland to face the Raiders on “Monday Night Football.” He called playing in Week 1 “realistic,” but he also declined to make any promises. Still, consider it good news for both Sanders and the Broncos, who need all the help they can get as they try to make the playoffs for the first time since their 2015 Super Bowl season.

There’s more to playing football than running routes, but the following video, which Sanders shared last month, is encouraging:

Before going down with his Achilles injury last year, Sanders was on pace to eclipse the 1,000-yard mark for the fourth time in his career. In a 12-game season, even though he was catching passes from Case Keenum, Sanders managed to rack up 71 receptions, 868 yards, and four touchdowns. The Broncos were 6-6 at the time of his injury. Without Sanders during the final four weeks of the season, their offense averaged only 13.3 points per game. They lost all four games.

While it’s true the Broncos have some promising skill-position players — from second-year receivers Courtland Sutton and DaeSean Hamilton, to second-year running backs Phillip Lindsay and Royce Freeman, to rookie tight end Noah Fant — they’re probably going to lean on Sanders to lead their aerial attack. Of course, their biggest question mark is still at quarterback — with Joe Flacco as the new starter and Drew Lock as the developmental rookie waiting for his chance to step in — which has been a major problem ever since Peyton Manning retired.

For Sanders, there’s a good chance the upcoming season is his last in Denver. He’s scheduled to become a free agent next year. Given his age and the presence of younger receivers on the roster, he probably doesn’t fit into the Broncos’ long-term plans. But if his time with the Broncos does come to an end this year, it doesn’t sound like Denver will be his final NFL home.

Sanders needs a little less than 3,000 more yards to reach his individual goal. As for his team goal, if he wants to win a Super Bowl within the next 2-3 seasons, he’ll likely have to leave Denver to do so.

Unless Lock ends up becoming the quarterback savior they’ve been so desperate for, the Broncos will find it difficult to make it out of a division that includes both Patrick Mahomes and Philip Rivers. Given just how frustrated Sanders has been in recent years as the Broncos have continually operated without a starting-caliber quarterback, it wouldn’t be surprising to see him bolt as soon as his contract permits him to. If Sanders is able to make it back onto the field and demonstrate his effectiveness at age 32 after a major injury, he should be able to find a contender willing to sign him.