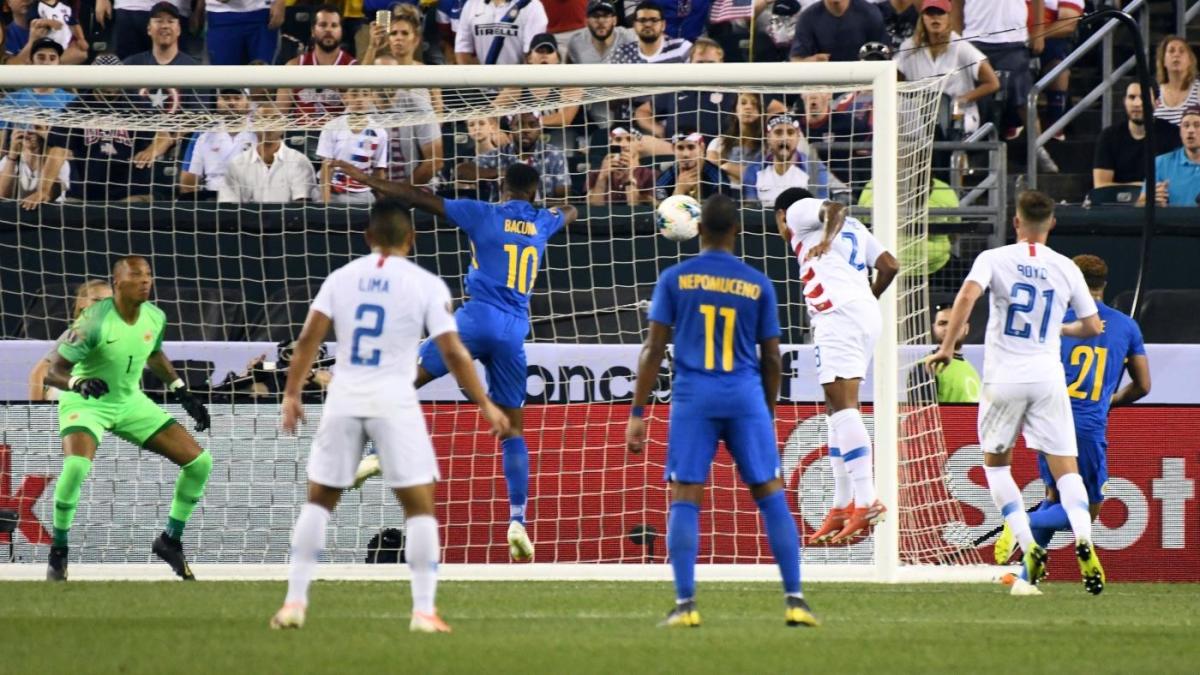 The United States men’s national team is 5-0-0 at the 2019 Gold Cup, but the play has been far from perfect. The U.S. advanced to the semifinals on Sunday night with a shaky 1-0 win over Curacao in Philadelphia. It was a far from impressive display from the U.S., who had a ton of trouble with Curacao’s speed, but it keeps the team in contention for a trophy with Jamaica next up in the semifinals on Wednesday. The U.S. got its lone goal in the first half from Weston McKennie, who registered his second international goal.

The McKennie-Pulisic connection does the job

Not a whole lot of bright spots for the U.S., but Christian Pulisic and McKennie certainly stood out. Pulisic was the best player on the field and showed it with precise passes, quality runs and this back-door assist to McKennie for the opener:

These two have combined well all tournament long, and without them the U.S. probably isn’t even in contention anymore. When some others haven’t stepped up, they’ve managed to make an impact, and when you have two young star midfielders contributing like this, it’s a good sign for the future.

Otherwise, the U.S. was far from impressive

It was pretty ugly. Michael Bradley looked lost, the defense was sloppy, and Curacao even had more shots than the U.S. Sure, Gregg Berhalter’s system is going to take a while and all of that, but very little about this game was promising.

There were times when Bradley would just lose the ball in the middle or mark poorly, the other mids sometimes got caught up to high and left so much space for Curacao on the counter. This is a game that really felt like Curacao could have won, and that’s telling and really alarming.

Not the favorite against Jamaica after that?

With Jamaica next in the semifinals, the U.S. knows what they will be facing. USA lost to Jamaica 1-0 before the Gold Cup, though that was in a friendly in which Berhalter’s best players didn’t play. But that result was pushed aside by many under the assumption that the U.S. would show plenty of quality in the Gold Cup, yet that hasn’t happened. Jamaica hasn’t been overly impressive in the Gold Cup, but they’ll have quite the chance to earn the victory and also beat Panama 1-0, just like the U.S. did. The U.S. will be favored by many, but Jamaica should feel confident in having quote the chance to make their third straight final.

You can watch USA vs. Jamaica on fuboTV (Try for free) on Wednesday night.